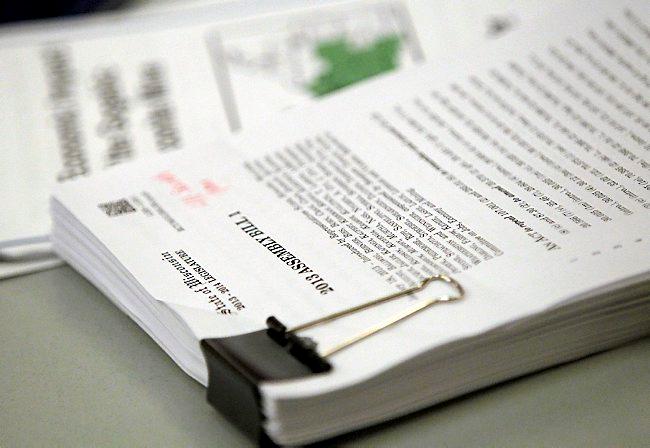 On Tuesday, primary voters will whittle down a field of 14 candidates running for three separate seats on the Ramsey County Board of Commissioners, eliminating more than half of them.

Who is funding these candidates? The answer is mostly a mystery, despite campaign finance rules that by state statute require line-by-line disclosure once a political committee has raised or spent more than $750 in a calendar year. Additional reporting is due 10 days before the political primary, which means this year’s campaign finance reports were due last Friday, July 29.

“I can confirm that every report Ramsey County has received is posted to (our web) site,” said Ramsey County spokesperson Allison Winters, in an email Wednesday. “The Elections Office generally publishes the reports online the same day they’re received or the following morning.”

For example, Ramsey County Commissioner Trista MatasCastillo isn’t required to file a campaign finance report at this time because she faces a single challenger, so there will not be a primary in her district. Ramsey County Attorney John Choi and Sheriff Bob Fletcher are running unopposed.

Other candidates may be exempt because they simply haven’t raised or spent significant sums.

Four candidates have filed to run for the District 4 seat held by Ramsey County Commissioner Toni Carter, who has chosen not to seek re-election after 17 years in office. They are Moran, Spence, George H. Jackson and Barbara Bolar. As of Wednesday, only Moran and Spence had filed pre-primary reports.

Spence’s report was labeled “January-May 2022″ and did not appear to include campaign donations or expenses from June or July. The last detailed entry was a $100 contribution received by his campaign on March 30.

With Ramsey County Commissioner Jim McDonough choosing not to run for re-election after 21 years in office, seven candidates have filed for what will be an open District 6 seat on the November ballot. They include Mai Chong Xiong, Nick Muhammad, former County Commissioner Dino Guerin, Ying Vang-Pao, Greg Copeland, Clara O. Ware and Foua-Choua Khang.

Only Xiong had filed a pre-primary report as of Wednesday. In a written statement, her campaign noted she had raised more than $95,000 since campaign launch last year and brought in more than $58,000 of that money since January, including 450 contributions of around $100.

“We are building a grassroots campaign that is fueled by everyday working-class people,” Xiong said in the written release. “This latest report is a testament to the energy and hope that our campaign is bringing to the people in District 6.”

Winters said that while Ramsey County Elections is responsible for publishing campaign finance reports, the county office is not responsible for enforcing the state statute and following up with candidates to ensure they’re in compliance.

For municipal and county races, someone filing a complaint would have to seek a hearing through the state Office of Administrative Hearings.

Penalties for isolated or promptly corrected violations of campaign finance law start at $0-$250, and can climb as high as $5,000 for violations that a panel of administrative law judges finds to be egregious, deliberate, repeated or conducted without apology. Serious offenses can then be referred to the county attorney’s office for prosecution.

The Chicago Bulls ushered in a new season with heightened expectations during media day Monday.…