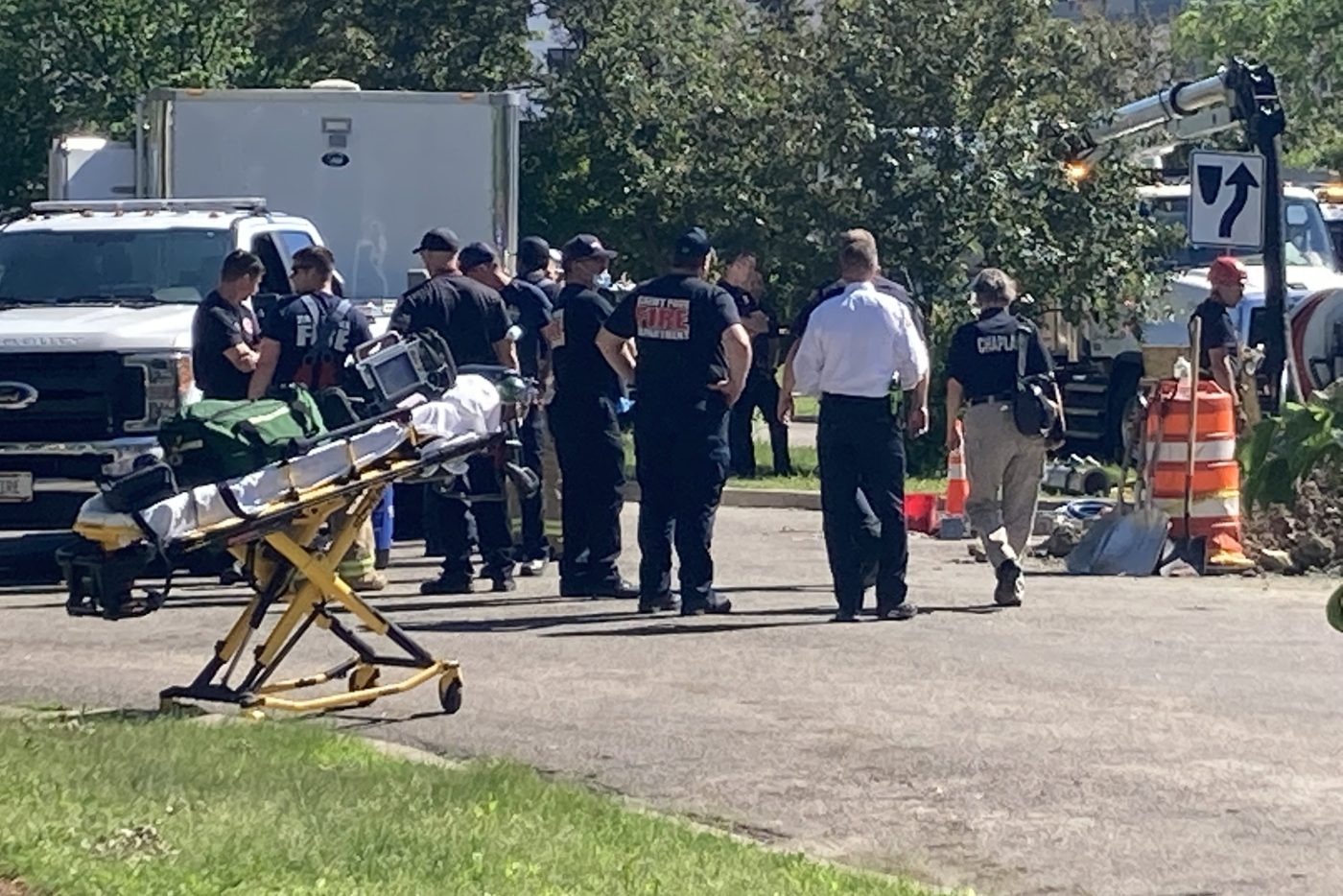 Firefighters found the bodies of two workers late Friday and early Saturday after a trench collapse in St. Paul on Friday afternoon.

The recovery operation lasted about 12 hours from the 2:40 p.m. dispatch to the Highland Park neighborhood.

The men, who were with a private company, appeared to be working on water or sewer connections near an apartment building that’s under construction at Mount Curve Boulevard and Pinehurst Avenue, said Deputy Fire Chief Roy Mokosso.

The trench collapse was about 9 feet deep and 20 feet long, according to Mokosso.

Another worker who wasn’t in the trench “made an initial attempt” to get the workers out “and then realized they needed to call 911,” Mokosso said.

The cause of the collapse is under investigation.

“Any time there’s disturbed earth, it’s prone to a collapse or cave-in,” Mokosso said. “A number of things could have happened.”

A trench box, which is used to protect workers in the event of a collapse, was next to the site and not in the trench at the time, Mokosso said.

One of the workers was approximately 6 feet into the trench and was partially visible, but it was clear to responders that his “injuries were incompatible with life,” Mokosso said. Firefighters were able to remove his body from the trench at 9:20 p.m. Friday.

The other worker couldn’t be seen and turned out to be about 9 feet into the trench. He was recovered about 2:30 a.m. Saturday.

Police notified the families of the men; their names have not been publicly released.

St. Paul and Minneapolis firefighters who are part of a technical rescue team that responds to collapses of trenches and other structures handled the recovery efforts, and St. Paul public works crews assisted.

“It’s a laborious, long process to get somebody out of a trench,” Mokosso said. They use a vacuum truck that breaks apart dirt and sucks it up, and a tool called an air knife that shoots high-pressure air that also breaks apart soil.