3M spinning off healthcare division that would be its own Fortune 500 company. Where will it land? – Twin Cities 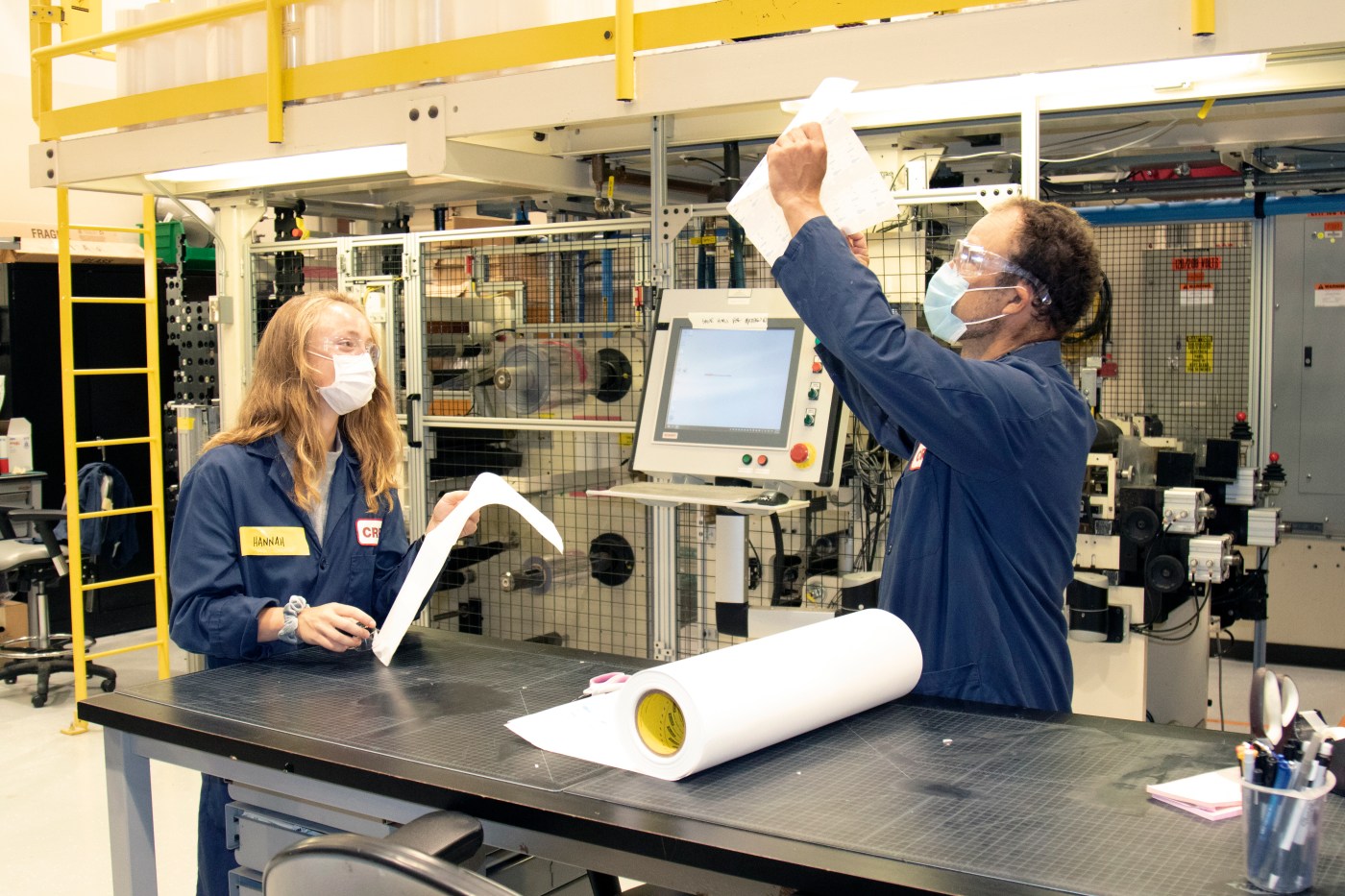 3M Co., a Maplewood-based Fortune 500 company with roots in Minnesota dating back to 1902, announced in July it would spin off its health care division, the maker of products related to wound care, oral care, health care information technology and tiny filters used in the production of bio-pharmaceuticals. How big a spin-off are we talking?

With some $8.6 billion in sales last year, 3M’s new publicly-traded health care partner would qualify as its own Fortune 500 company, employing hundreds if not thousands of workers in an as-yet unknown new headquarters. City officials, developers and business advocates in St. Paul — where 3M was based until 1962 — have been eyeing the possibility of hosting what will be a major new employer, but competition will be intense, and not just within the Twin Cities metro.

The new company — in which 3M will retain a 20 percent ownership stake — could, in theory, land anywhere in the world.

There’s reasons to relocate, and to stay local. When Fridley-based Medtronic bought Dublin-based Covidien in 2015, the medical device maker moved its corporate headquarters to Ireland for tax purposes, while still growing operations in Minnesota.

On the other hand, when 3M spun-off some 900 employees from its drug delivery division a few years ago, the new company — Kindeva Drug Delivery — didn’t move far. It worked with the Minneapolis-based Ryan Cos. to build 136,000 square feet of new office, warehouse and light industrial space in Woodbury.

“Our experience with major changes like this with a large company is that companies take lots of factors into account and consider all their options,” Frosch said. “We strongly believe that the St. Paul region, and Minnesota, is the best place for this new company to launch and grow and have maximum success. We want to make that case to 3M’s leadership.”

Frosch declined to discuss how open 3M officials have been to that conversation. He acknowledged that, to date, individual cities such as St. Paul and Maplewood are likely operating on their own, preparing their own individual pitches to the manufacturing giant.

“That’s not being channeled at this point through Greater MSP,” Frosch said. “If mayors anywhere are reaching out to the company, they may be doing that directly.”

Frank Jaskulke, a vice president with Golden Valley-based Medical Alley, noted that 3M was one of the founders of his organization, which advocates for 14,000 healthcare and health technology companies across the state.

“Minnesota has the best healthcare and health technology out of anywhere in the world,” Jaskulke said. “We think Minnesota is the best place for them to keep growing their business, as they have for so long. Where else do you find 3M, Medtronic, Mayo, UnitedHealth Group, and they’re all neighbors?”

“If 3M placed that $9 billion spin-off in downtown St. Paul, it would be great for the city,” Crockarell said. “It’s a big hole in the middle of St. Paul, and it deserves a high-rise tower. 3M could locate there along with a convention hotel, condominiums, apartments. We would be interested in making a proposal to the city. … It would tie the entire downtown together.”

News of 3M’s spin-off plans comes at a difficult time for 3M, which is said to be considering significant layoffs and other cost-cutting measures following years of sluggish growth and supply chain challenges. Legal troubles are also mounting.

Bloomberg News recently reported that 3M, which employs some 95,000 people and makes everything from Post-it notes to dental adhesives, suffered a major legal setback on Aug. 26 when an Indiana bankruptcy judge refused to halt a series of lawsuits accusing the manufacturer and its bankrupt subsidiary, Aearo Technologies, of selling faulty combat earplugs that led to hearing loss for thousands of U.S. military veterans.

Jury awards in just 10 test trials to date have already resulted in $300 million in damages, according to Bloomberg, and that’s before legal fees. At that rate, some 230,000 individual lawsuits could result in more than $100 billion in losses.

The company is also under legal pressure in Minnesota, Belgium and elsewhere to remediate PFAS, or so-called “forever chemicals,” alleged to have seeped from its manufacturing plants into land and drinking water.

On Thursday, the Neogen Corp. of Lansing, Mich. announced it had completed a previously announced merger with 3M’s Food Safety business. That merger was first made public in December 2021.

CAMPUS SETTING WITH FACTORY FLOOR, OFFICE TOWER OR OTHER?

In announcing plans for its healthcare spin-off in July, 3M officials said at the time they expected to complete the transaction by the end of 2023. Since then, the company has remained tight-lipped, declining to release further details through the media. And unanswered questions run the gamut.

Will the 3M spin-off be situated in a campus-like setting, with business offices for operations, sales and marketing located not far from technical labs and a manufacturing floor? Or will the new headquarters land in a new or existing office tower, with manufacturing somewhere far off-site, perhaps even in another state? And how many employees are we talking about, exactly?

On Friday, those inquiries were met with an unsigned email response from 3M’s media relations. “This level of detail is not available at this time,” reads the response. “More information will become available as the transaction progresses over the next 16 months. We plan to share more when we can.”

Officials at Greater MSP said there’s little more light they can shed on the corporate manufacturing giant’s plans. “If they had anything more to say publicly at this time, I’m sure it would have been widely circulated,” said Frosch, with a chuckle.

Real estate experts have noted that while tax structures, state and municipal tax incentives and the availability of developable land are all important considerations for Fortune 500 companies on the move, access to talented labor and industry partners is at least as much of a priority. Other concerns — such as climate challenges, public transit access, commute times and general quality of life — can also weigh heavily.

For a 3M spin-off, the biggest moving cost will likely be construction of lab space, which is one of the most in-demand areas right now in commercial real estate as supplies are thin, according to Ben Krsnak, a commercial broker with Hempel Real Estate in Eden Prairie.

Krsnak said there would be good reason for 3M’s spin-off to remain in Minnesota, though competition could be intense from out-of-state areas with strong university connections and educated labor pools. Cities with heavy concentrations of life science corporations and degree programs such as Austin, Texas, San Diego and Boston come to mind.

“Minnesota has a very strong health care community between public institutions such as Mayo Clinic and University of Minnesota, which make sense for the new 3M spin-off to work (collaboratively) on research and testing of new products,” said Krsnak in an email.

“Their existing experienced employee roster plus potential labor pool with Medtronic, Boston Scientific, Abbott, Philips and other smaller firms also makes it attractive to keep the spin-off in Minnesota,” he said. “Many of those are clustered in the north metro from Plymouth to Arden Hills.”

Austin, Texas in particular is already home to some existing 3M operations, which could support moving the spin-off headquarters to Texas while keeping research and development in the Twin Cities metro. But those existing facilities are not healthcare-related.

While most of its existing healthcare division resides in Woodbury, 3M maintains a small healthcare footprint in San Antonio, Texas, as well as a healthcare IT unit in Salt Lake City, Utah.

Within the metro, Krsnak said potential development sites might include the former Imation campus in Oakdale, the former Deluxe campus in Shoreview, the former Hillcrest Golf Course in St. Paul and the former Twin Cities Army Ammunition Plant in Arden Hills.

In addition, Optum is vacating about 800,000 square feet of space in Eden Prairie, including the former ADC headquarters, which has room for expansion. “Future light rail connections nearby could make that a very interesting option,” Krsnak said.

Officials in several Twin Cities cities have declined to discuss whether they’ve approached 3M about the spin-off directly, or what land and tax incentives they may have offered. The Maplewood campus could, in theory, remain more or less the same, with 3M leasing out part of the existing campus to the new healthcare corporation.

In an email, Maplewood Mayor Marylee Abrams called 3M “a treasured Maplewood asset and critical to our community’s growth for generations.” She said the city plans to work closely with business and community partners, including the St. Paul Area Chamber of Commerce, “to ensure as much of this spin-off business stays in the Maplewood area and east metro generally.”

“While this process is in its early stages, I’m confident in our region’s ability to retain the business,” Abrams added. “We are home to several health care-related businesses, with a talented workforce and deep pool of expertise.”

Joe Ellickson, a spokesman for the city of Eagan, declined to comment on whether city officials had approached 3M, other than to say in an email that officials there are “always working to ensure Eagan is a great place to live, work, and play. We are proud to be the home of 2,300 businesses, and are an active partner to ensure our businesses have the infrastructure and amenities they need to thrive.”

B Kyle, president and chief executive officer of the St. Paul Area Chamber, said she’s working closely with her contacts within the city of St. Paul and Ramsey County to track 3M’s plans, but she acknowledged that specifics are murky.

“We don’t yet have any details at all about the work of this division or of the jobs being impacted,” Kyle said. “We also don’t yet know the entity that will be buying the division. Lots of unknowns.”