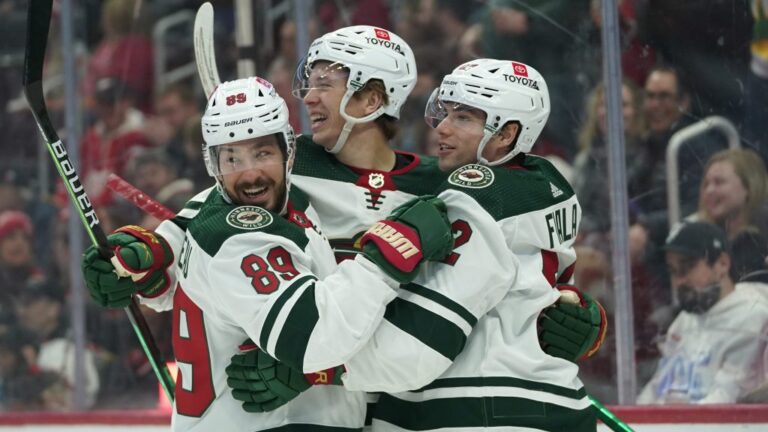 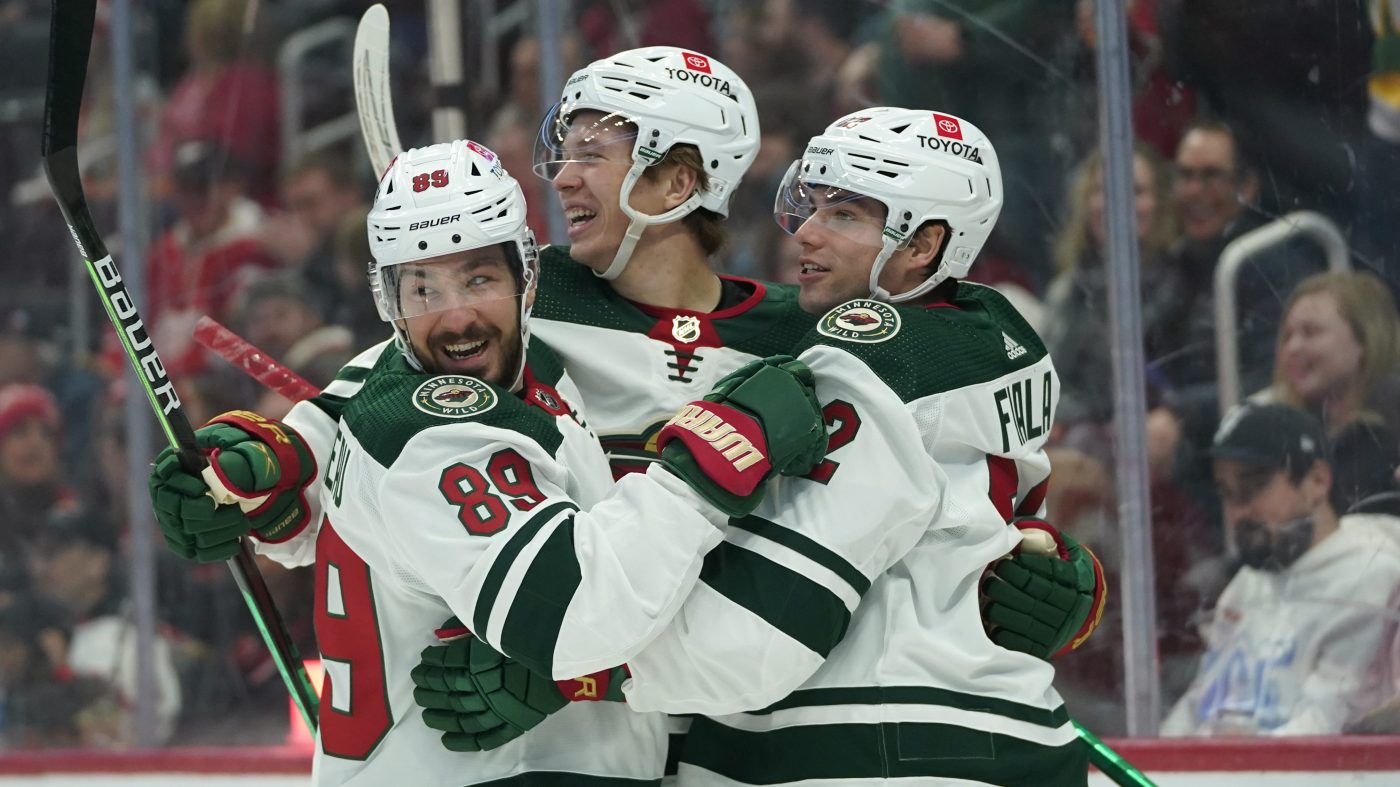 A lot went right for the Wild last season, mostly on offense, which Minnesota rode to its best season in franchise history — 53 victories and 113 points.

The Wild expect to be in that rare air again this season, but seven of their top nine forwards recorded offensive career highs during the 2021-22 regular season, six of whom are returning in 2022-23: Kirill Kaprizov (100 points), Mats Zuccarello (79), Ryan Hartman (65), Joel Eriksson Ek (49 points), Freddie Gaudreau (44) and Marcus Foligno (42).

All that offense helped the Wild earn 25 come-from-behind victories, second to only to President’s Trophy winner Florida.

“That,” general manager Bill Guerin said as training camp began last Thursday, “should be their goal.”

“You don’t know if that’s going to happen as a player,” he added, “but that’s what you aim for. Ryan Hartman got 34 goals last year. He probably wants 35 this year, and see what he can do. Whether he gets it, we don’t know. The challenge has been issued.”

The Wild’s regular-season achievement was tempered somewhat by another in a long string of first-round playoff exits, six and counting after they were bounced, 4-2, by St. Louis last spring.

“We met a really good St. Louis team that was better than us,” said Zuccarello, who notched a career-high 55 assists last season playing on a line with Kaprizov and Hartman. “Now we go into this season and we try to improve.”

Coach Dean Evason has been insisting he and his staff have only one expectation from any of their players this season, that they “compete their butts off.”

The fact remains, the NHL’s best teams finish with well over 100-plus points, so unless the Wild, returning most of the same team, become a defensive juggernaut — their 3.06 goals-against average ranked dead center of the NHL’s 32 teams last season — they’ll need the same kind of firepower they brought to bear in 2021-22 to accomplish their goals.

“So many guys had career years. Well, do it again,” Guerin said. “We need you to do it again. Let that be the standard for your game because if you do it once, you can do it again.”

One player who can’t do it again, not for the Wild, is Kevin Fiala, who played with rookie Matt Boldy and Gaudreau on the only top-three line that doesn’t return this season intact. The winger crushed his previous highs with 35 goals and 52 assists last season, then was allowed to walk in a salary cap move and now plays for the Los Angeles Kings.

Replacing Fiala’s skill and production won’t be easy, and in all likelihood won’t fall to one player. That line combined for 62 goals last season. Boldy, called up on Jan. 6, finished with 15 goals and 29 assists in 49 games. He said Saturday he’s not concerned with filling Fiala’s skates but excited to play a bigger role this season, “Which is what I want.”

“You want to have as much responsibility as you can, I think, as a competitor and a player,” Boldy said. “So, I don’t look at this as pressure. … I think if I don’t score 80 points, I’m still going to be OK. But just taking on a bigger role and having a bigger role, for sure that’s where my head’s at.”

Sam Steel, a free-agent addition from Anaheim, has been playing wing opposite Boldy, with Gaudreau in the middle, during camp. The line has looked good, Evason said, but it’s entirely too early to call it a trio. The Wild likely want to see rookie Marco Rossi center Boldy and Gaudreau — and Tyson Jost, acquired near the trade deadline last season, too — before the regular-season opener against the New York Rangers on Oct. 13.

Evason has seven preseason games to tinker, starting this afternoon against a split squad from Colorado at Xcel Energy Center.

“Obviously, you have to score goals to have a chance to win hockey games, but … we’re very happy with the group that we have starting here in training camp.”