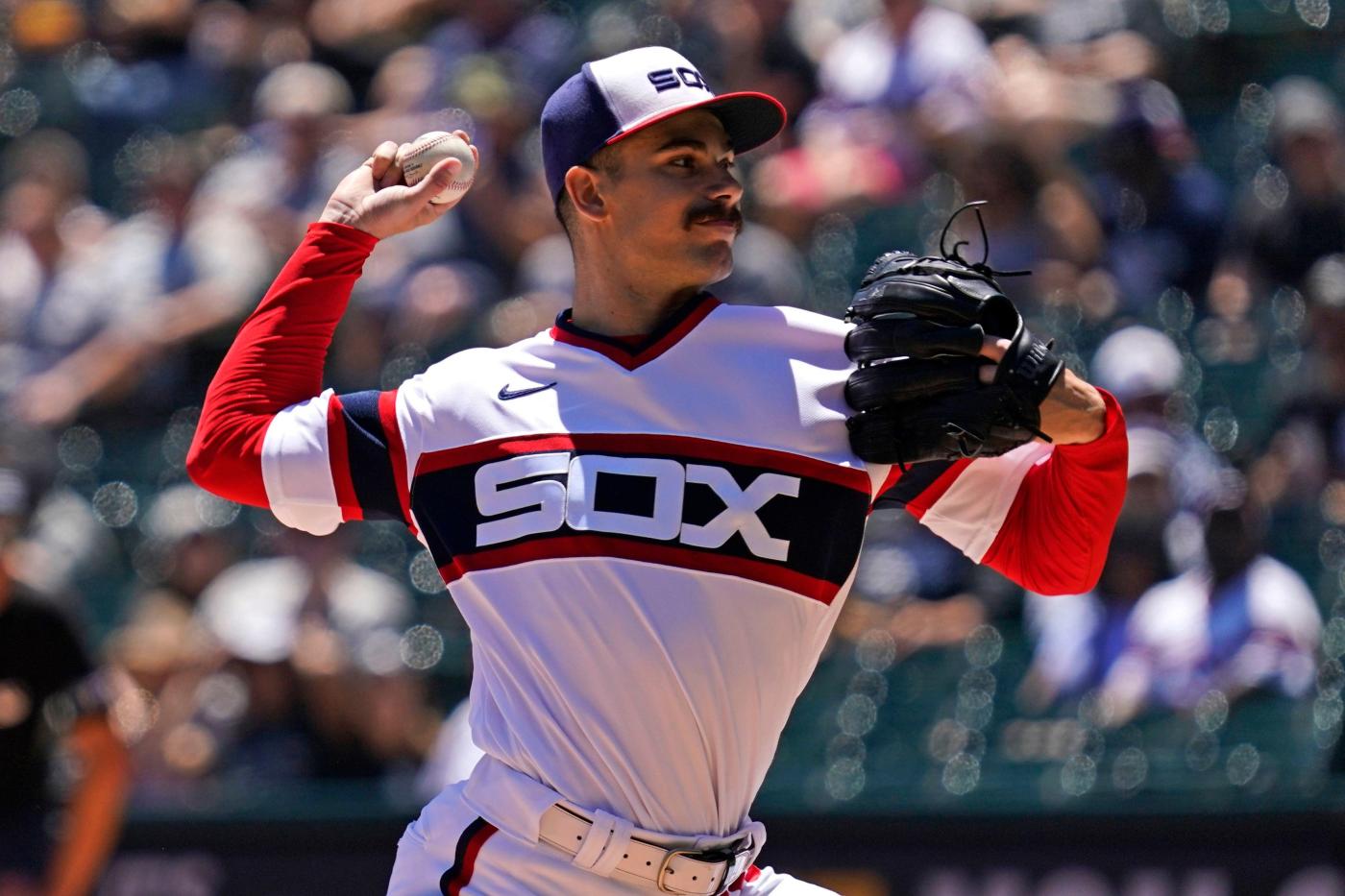 Dylan Cease made it to the Chicago White Sox dugout, where catcher Seby Zavala was waiting to deliver a huge hug.

Cease gave the Sox a boost the team desperately needed, allowing one run while striking out a career-high 13 during seven tremendous innings in a 4-3 victory against the Baltimore Orioles Sunday at Guaranteed Rate Field.

“I want to be that guy that the team can rely on,” Cease said. “To go out and give seven like that is definitely a positive.”

Cease (6-3) allowed four hits and walked one while reaching double digits in strikeouts for the 13th time in his career and fourth time this season.

“He’s up there with the top echelon of starting pitchers,” Sox manager Tony La Russa said. “Just look at the work he’s doing against the teams he’s doing it to. The quality of the pitches. Going through those lineups three times.

Gavin Sheets hit a two-run homer, Lenyn Sosa had his major-league hit with a double in the third and Andrew Vaughn and Zavala drove in one run each to help the Sox salvage the finale of the four-game series and snap a four-game losing streak.

But the Orioles made them work for it.

Sheets’ homer in the second made it 2-0.

“Just taking confident swings,” Sheets said. “Getting in the box to do damage. That’s the biggest thing.”

Sosa doubled down the right-field line leading off the third for his first hit since being called up Thursday.

“I was very happy and excited,” Sosa said through an interpreter. “I couldn’t control the emotions in that moment. I was really excited. I thank God and my family, all the support they gave me. Even though the first few days and (Sunday) I wasn’t able to get my first one, they kept telling me ‘Don’t worry, don’t worry, you’re going to get your first one sooner rather than later,’ and then I was able to do it (Sunday). Very special.”

Sosa scored on Vaughn’s sacrifice fly, making it 3-1. Zavala drove in Abreu with a single in the fourth.

The Sox took the 4-1 lead into the ninth. The first two batters reached on errors by first baseman José Abreu. Reliever Kendall Graveman walked the next batter and gave up a single, cutting the lead to 4-2.

“Just stay calm and get outs,” Graveman said of his approach of that situation. “Nothing changes. Still try to execute pitches. I think one thing that experience does is in those moments, you still got a game plan against each hitter. You are able to slow the game down and not get sped up.”

Graveman struck out Rougned Odor for the first out. Luis Robert tracked down Cedric Mullins’ long fly to center, resulting in a sacrifice fly to make it a one-run game.

With runners on the corners and two outs, Graveman struck out Trey Mancini to end the game.

La Russa said Graveman “showed what a competitor (he is)” by working out of the jam.

“That win needed to happen,” Graveman said. “It would have been a tough way to lose it. I felt in that moment I’ve got to pick our team up and try to find a way to win. Fortunately enough, I executed some pitches and Robert ran down a ball in the gap there and made a good play. I went with my strength there in the end. I threw my best fastballs that I could.”

Strikeouts were the story early, with Cease beginning the game by fanning the side. He struck out six of the first seven batters on the way to, in his words, getting “over the hump” in terms of setting a career high for strikeouts. His previous best was 11, which he had accomplished seven times.

“It’s incredible,” Sheets said. “I like watching Dylan pitch, he’s very effective and attacks the zone. He’s got great stuff. It’s nice to be on the defensive side and not the offensive side when he throws. It’s fun to watch.”

Cease became the first Sox pitcher with at least 11 strikeouts in consecutive starts since Lucas Giolito struck out 13 in back-to-back starts on Aug. 20 and Aug. 25, 2020.

Cease’s 121 strikeouts are the third most by a Sox pitcher through 15 starts of a season. He had 21 swing and misses in Sunday’s 101-pitch outing.

“I think (the slider is) in a little better place than it was earlier (in the season) in terms of movement and velocity,” Cease said. “I’m throwing it for strikes for better. But also I’m utilizing my curveball and my fastball as well to kind of protect it. They all work off each other, so really it’s just getting strikes.”

And the Sox got a win ahead of a six-game West Coast trip in large part because of those strikes.

“Hard to win when you’ve been losing, man,” La Russa said. “Hard. Had to start somewhere and started (Sunday). And Dylan was masterful.”