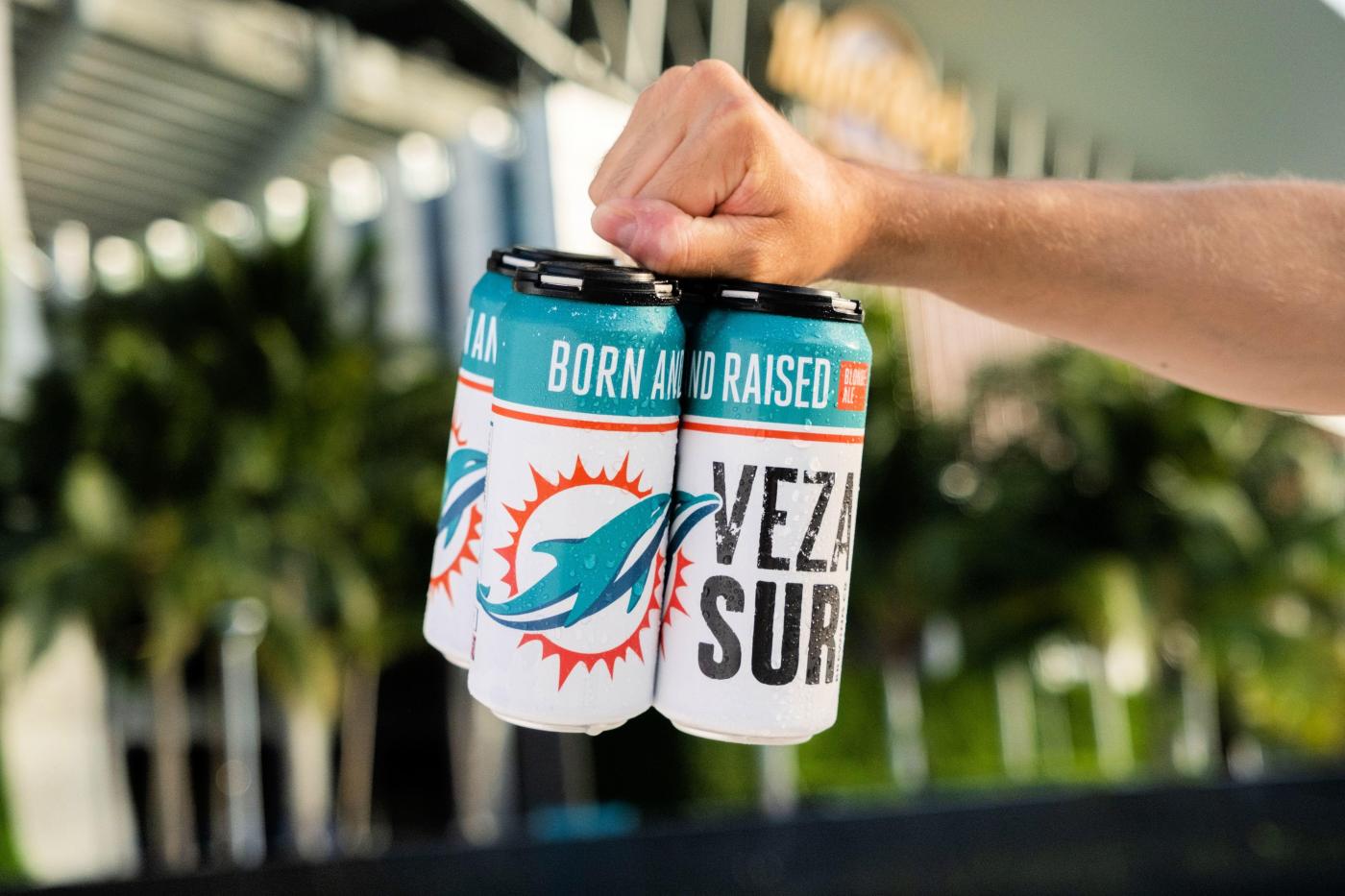 High on the list of new cultural touchstones that have come to define how life is now lived in and around Fort Lauderdale (after years stuck in that post-Gidget malaise) is FemAle Brew Fest, which is about women and drinking beer, but not about the old days at all. That’s not who we are anymore.

The fifth annual celebration of women in the brewing business, organized by Frances Antonio Martineau, returns on Saturday, a fulcrum for weekend events that conclude the annual Greater Fort Lauderdale Beer Week.

In its return to The Kimpton Goodland Hotel from 12:30 to 5 p.m., FemAle Brew Fest will gather more than 30 local and national female brewers for what has traditionally been an engaging afternoon of beer and fellowship, if we may use that word. There also will be yoga, DJs and craftspeople showing their stuff.

Tickets start at $45+ for general admission at 2 p.m. A portion of the proceeds will benefit Fort Lauderdale’s Abandoned Pet Rescue. Visit FemAleBrewFest.com.

The after party will be hosted by Denielle Mizrahi of Yeasty Brews Artisanal Beers in Lauderhill, who will throw a birthday celebration for brewer-husband Daniel Pfaffenbach from 5 to 10 p.m. Saturday. DJ Master Feathers will entertain for this come-as-you-are affair. There may be more beer. Visit Facebook.com/yeastybrews.

Weekend movie: In his prickly review of the David Bowie biopic “Moonage Daydream,” Esquire UK writer Alex Bilmes appropriately savages the rock biopic genre (films that “spin straw from gold”) before making his point — this documentary is different: “Bowie was beloved, and this film leaves those of us too young to clearly remember his imperial phase in no doubt about why that might have been. He is mesmerising.” The film screens this weekend in South Florida on a handful of IMAX screens — the only way to take in Ziggy Stardust, Aladdin Sane and the Thin White Duke. They include AMC West Palm Beach 12, Paragon Theaters Delray, Paragon Cinebowl & Grille in Delray Beach, AutoNation IMAX 3D Theater at Museum of Discovery and Science in Fort Lauderdale, AMC Pembroke Lakes 9, Aventura 24, Regal South Beach, AMC South Beach 24 and Regal Kendall Village. Visit MoonageDaydream.film.

The new Kapow: As you may have heard, the new Kapow Noodle Bar is opening at 8 p.m. Friday in Boca Raton’s Mizner Park, a sublimely alluring space that will allow it to do all kinds of creative new things with the dining and drinking experience. The new Kapow is located across Plaza Real from the recently opened Calaveras Cantina, which bills itself as a home for “sexy Mexican food,” with a future location of the youthfully energetic American Social coming to the opposite corner. At some point in the near future, say when AmSo opens (November?), this intersection may be one of the hottest spots in South Florida. Visit KapowNoodleBar.com.

The big shows: For the record, there are no seats left for Alicia Keys at Hard Rock Live on Friday or for Ringo Starr and his All Starr Band on Saturday. … For some reason, you can still get GA floor tickets for Green Day at Hard Rock Live on Thursday, Sept. 22, at MyHRL.com. Lady Gaga’s The Chomatica Ball Tour hits Hard Rock Stadium on Saturday, and scattered tickets remain (it’s a big house). On Thursday, you could still find a 300-level seat for $56+ at Ticketmaster.com.

Chimney House party: Local treasure The Chimney House is celebrating a decade of warm, unpretentious dining in a historic house in downtown Fort Lauderdale Friday through Sunday. The festivities at the South American-style eatery — which will include live music, food and drinks specials, and giveaways — feature Spanish guitar on Friday, a salsa band on Saturday, and free sangria and beer samples on Sunday. Visit ChimneyHouseFL.com.

Weekend laughs: As more and more teachers are reportedly looking for an escape hatch from the increasingly challenging profession, we may see more people like educator-turned-comic J.R. De Guzman (and Eddie B., who was at The Parker last weekend). As seen on Netflix and Comedy Central’s “Kevin Hart Presents: Hart of the City,” De Guzman began as a music teacher, quickly realizing “that means teaching Taylor Swift songs to teenagers.” Born in the Philippines and raised in Los Angeles, De Guzman has other stories to tell during his five-show run at the Dania Improv through Saturday. Tickets cost $25+ at DaniaImprov.com.

Warm Front: What were you doing in 1987? Iconic West Palm Beach live-music dance club Respectable Street will remind you with one of its famously free multistage parties on Saturday featuring Belgian industrial dance agitators Front 242. Part of a celebration of the club’s 35th anniversary, the evening will feature five stages and 35 bands (including popular Miami dramatists Astari Nite and Smiths tribute Ordinary Boys), beginning with an open bar inside the club from 8 to 9 p.m. Visit Facebook.com/respectablestreet/events.

Unreading room: Inspired by its quietly provocative installation “Suggested Summer Reading” by Charles Jackson Adkins Jr. in Gallery 3, the Banned Book Club at Art & Culture Center Hollywood will discuss the Margaret Atwood classic “The Handsmaid’s Tale” from 4 to 6 p.m. Saturday. The conversation will be led by Elisa Albo, professor of composition and literature at Broward College, associate editor for the South Florida Poetry Journal and contributing editor (with Richard Blanco and others) of the anthology “Grabbed: Poets and Writers on Sexual Harassment, Empowerment, and Healing.” Admission is $7 (members free) and includes refreshments. Visit ArtAndCultureCenter.org.

Weekend laughs II: Actor, comedian and ubiquitous pop-culture presence Kevin Hart brings his Reality Check Tour to FTX Arena in Miami at 7 p.m. Sunday. There are tickets scattered about, starting at $54.75+, at Ticketmaster.com.

Game-day beers: Celebrate your 1-0 Miami Dolphins (that’s first place, for now) at a Sunday watch party with cans of Veza Sur Brewing Co.’s Born and Raised, with its distinctive Fins-branded cans. The beer is now available in four-packs and 12-packs at South Florida retailers including Publix, Whole Foods and Total Wine (prices may vary by location), as well as on draft at Veza Sur’s Wynwood tap room ($7 a pint). When the Dolphins are back in town against the Buffalo Bills nest weekend, you’ll also find it at Veza Sur’s bar buildout in the 300 level of Hard Rock Stadium. Visit VezaSur.com.