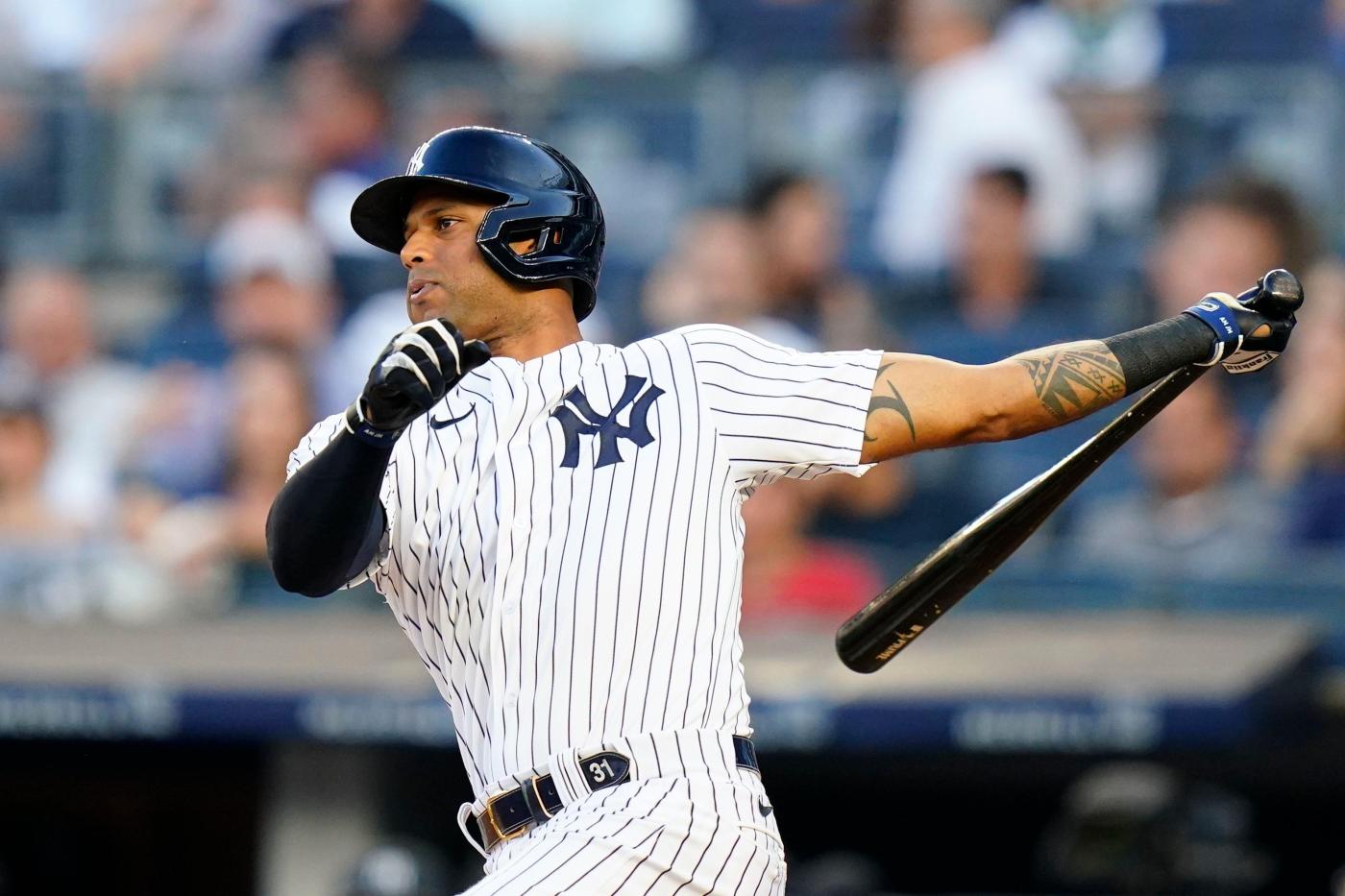 OAKLAND — After Joey Gallo was traded, Aaron Hicks was at the forefront of the blame game. Fans who were angry with the Yankees’ inconsistent offense turned on the veteran outfielder who is struggling to get back to his 2018 form.

In the last month, Hicks has lost his starting job and playing time as the Bombers brought in Andrew Benintendi and he will likely lose even more when Harrison Bader, who the Yankees acquired to be their starting center fielder this year and next, returns from the injured list.

But you can’t blame Hicks for the Yankees’ offensive struggles anymore. Sunday, the switch hitter was the first Bomber to show any life in the box against a pitcher who came into the game with a 6-plus ERA. It’s been tough for the Yankees, even after replacing Hicks, to show any consistent offense in the second half.

Heading into Monday’s series opener against the Angels in Anaheim, the Yankees are dead last in the majors in slugging (.307) and 29th in OPS (.589) over the last 14 games. They are 27th in the majors in runs scored (44) in that span as well. Shockingly, that includes Thursday night’s game the Bombers scored 13 runs on 20 hits against the A’s.

No surprise the Yankees are 6-8 in that span.

But Sunday, Hicks was a spark. He had the first hit of the game in the fifth inning and then worked a walk in the seventh of the Yankees’ 4-1 loss to the A’s.

It had been a week since Hicks was in the starting lineup and 16 days since his last hit. The 32-year-old Southern California native has no idea if he will get into any of the three games against the Angels this week and that has been a challenge for him.

”Going four or five days without playing and then having an at-bat against a tough pitcher is probably the toughest part about that,” Hicks said. “Especially if you come off cold and then try to go hit, go get a hit for yourself and for the team. It’s definitely tough.”

It’s the cold reality for Hicks, who signed a seven-year, $70 million extension during spring training of 2019. He was coming off a 27-home run and 79 RBI season when the Yankees offered him that deal to forgo his first few years of free agency. He’s missed significant time since then with an elbow injury that required Tommy John surgery and a wrist injury that also required surgery and shut him down most of last year.

”That’s the situation he’s in. We’re in,” Boone said Sunday morning. “He’s doing a good job of preparing as far as getting out and doing his work, both offensively and defensively. That’s the situation we’re in right now and you have to be able to take advantage when you get opportunities and stay ready as best you can.”

“He’s had just a difficult time making that consistent, solid contact and whether that’s a mechanical thing, whatever it may be, I think that’s been a challenge for him this year finding that consistency from the left side,” Boone said.

”If we knew the answer we would have done it. It hasn’t been from lack of work. I feel like he’s put in a lot of extra work more so than probably at any time in his career to try and find that consistency,” Boone added. “There’s a stretch in June and July, where he was doing well, but it’s certainly been a challenge finding consistency.”