Aaron Judge brings a mini-slump into series vs. the Red Sox, but Aaron Boone not concerned – Twin Cities 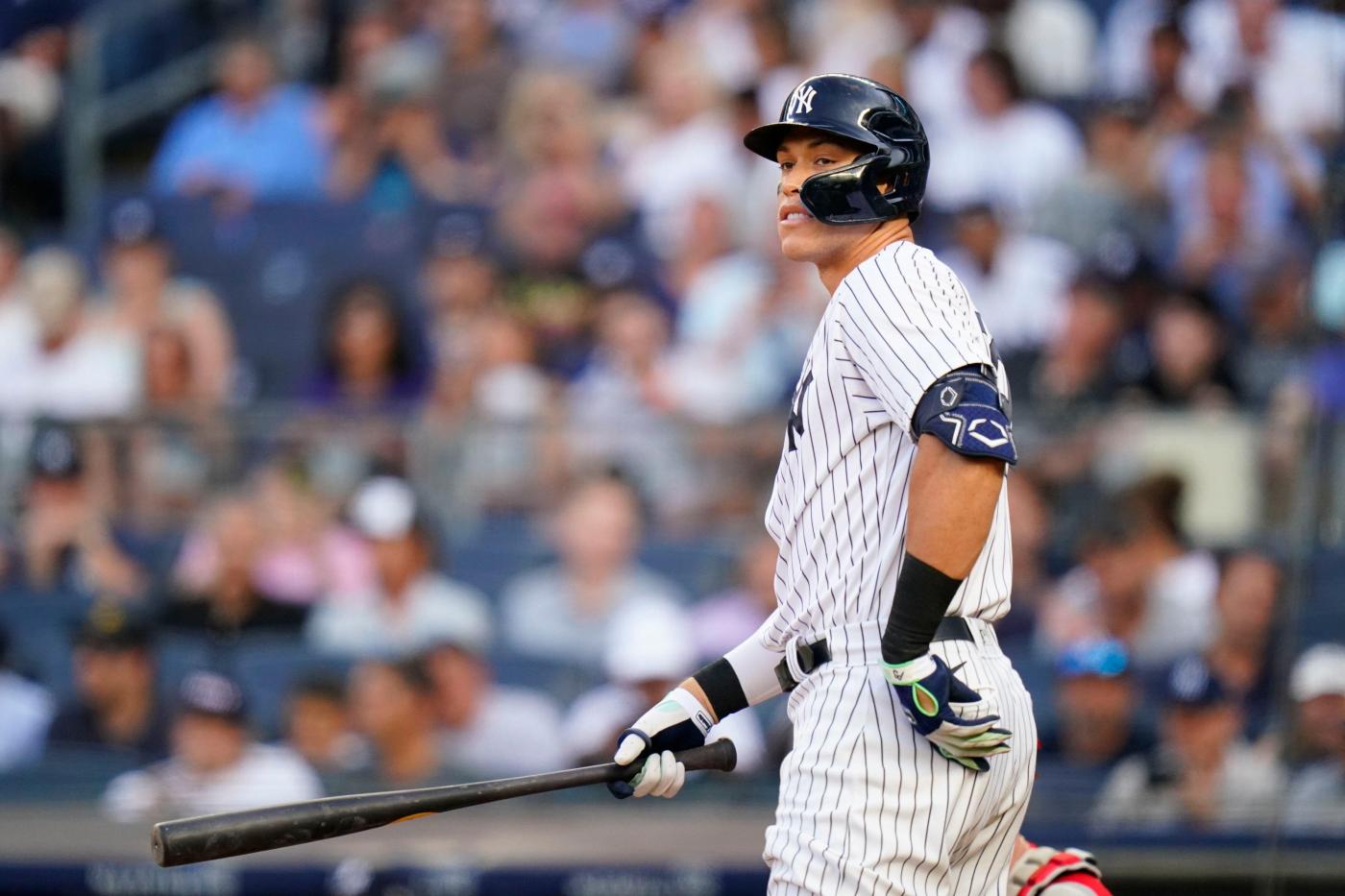 Aaron Judge had the fans at the Stadium on their feet, screaming and chanting “M-V-P!!” Thursday night. The Yankees slugger crushed his 31st home run of the season and made a tremendous diving play in center field in the Yankees’ 7-6, 10-inning loss to the Reds. Judge, who leads the majors in home runs, may be having an MVP-worthy season, but over his last six games the face of the Yankees franchise has slumped.

“It’s a long season,” Yankees manager Aaron Boone said. “You hit .300 with 50 or 60 homers or whatever, but that guy’s gonna go through a period where he doesn’t bang all the time. It’s the ebbs and flows of the season. He probably missed a couple pitches that he would normally stick, but I don’t think much of it. I don’t feel like he’s chasing, feel like he’s getting himself in a good position.

“Usually when you’re not going good, you’re fouling off some pitches that you should hit. [I] feel like he’s actually on time. I don’t feel like it’s a timing issue. So, I just think it’s just the ebbs and flows of the season and I’m not too concerned.”

Judge’s slump has coincided with the Yankees having a rough end to the first half of the season. The Bombers open a three-game series with the Red Sox at the Stadium Friday night having lost a series to the Reds, who are 21 games under .500. The Yankees have lost four of their last five games, including the last two of a four-game set against Boston in Fenway last weekend. They have gone 4-6 over their last 10 games.

Even with Judge struggling, the most concerning note for the Yankees is that their pitching has seemed to stumble at the end of the first half. Over the last six games, the Yankees have pitched to a 5.66 ERA, allowing nine home runs with opponents hitting .276/.336/.444 with a .780 OPS against them.

Still, it is just a small sample size for Judge and the Yankees.

Despite that, the Yankees still hold the best record in baseball, 62-27. They have a ridiculous +176 run differential and hold a 13-game lead over the Rays in the American League East and are up 15.5 games on the Red Sox, who will be battling for a playoff spot the rest of the season.

Like the Yankees, Judge’s big picture has been very impressive this season.

He’s moved to be the Yankees’ regular center fielder with 44 starts there over the 27 in right field where he’s played most of his career. Best of all for Judge and the Yankees, he has played in 86 of the Yankees 89 games, showing he has been able to stay off the injured list for a season and a half now.

Overall, Judge has spent the first half of the season making good on the bet he placed on himself. He turned down the Yankees’ extension offer, which was worth $230 million over eight years on Opening Day. Judge, who is scheduled to be a free agent after this season, has made good on his promise to put the contract talk/concerns out of his mind and focus on the season.

But with three games remaining before the All-Star break, Judge and the Yankees look like they could very much use the time off to rest.