Aaron Judge eases back into lineup as DH – Twin Cities 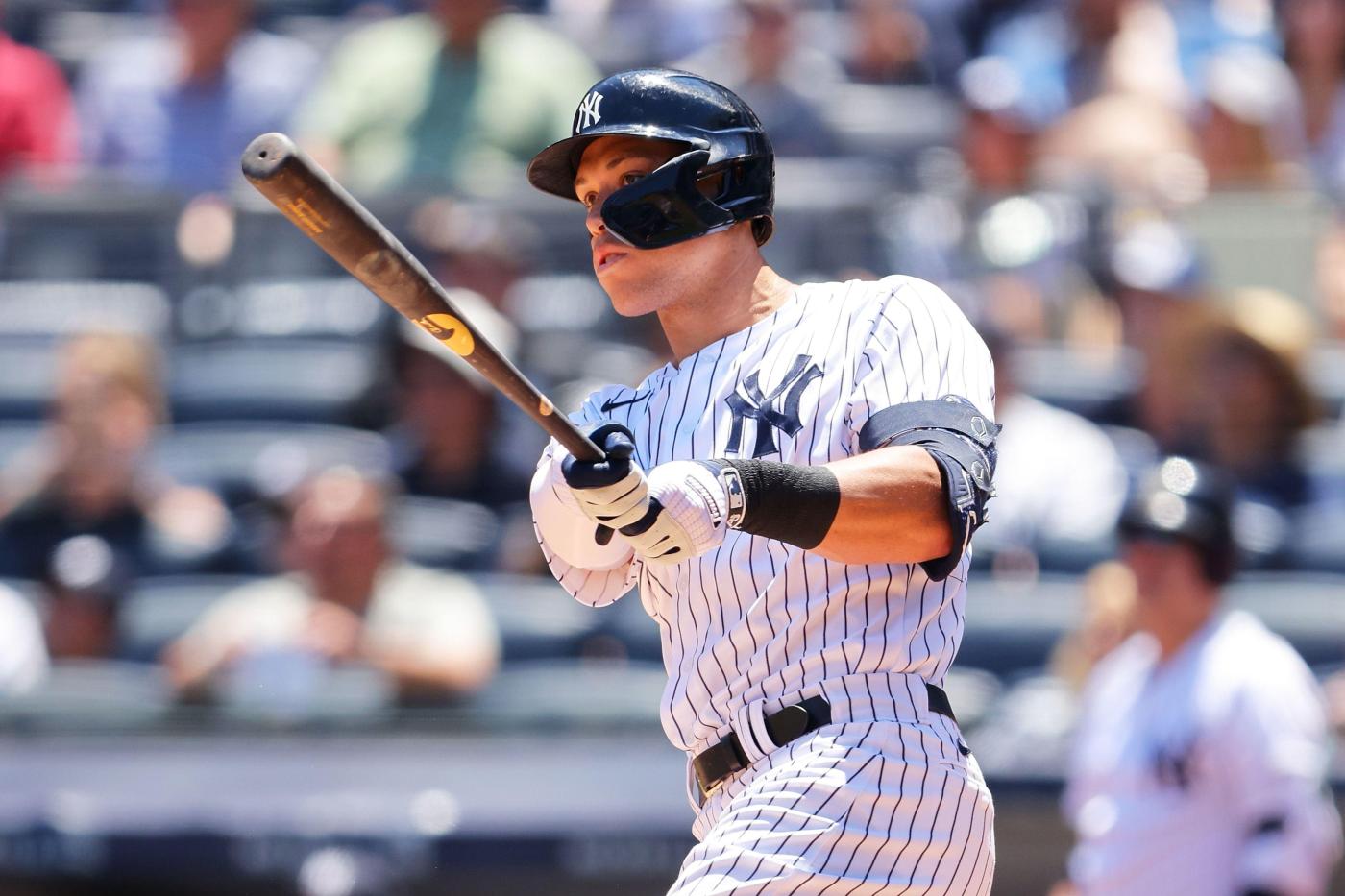 BOSTON — Aaron Judge was back in the lineup Friday night, but just as a designated hitter. The Yankees’ slugger missed Thursday night’s series opener against the Red Sox at Fenway Park with tightness in his lower body and calf muscles. Judge said late Thursday it was a precautionary move to try and prevent it from becoming a bigger issue.

Aaron Boone said that it is how they hope to stave off significant injuries with their Most Valuable Player. He expects to have Judge off another day before the All-Star break and will use the DH hole to keep him off his feet.

“So, next Sunday, going into the All Star Game, where obviously, he’ll be, I also want to be smarter for this stretch, and make sure we stay in a good spot,” the Yankees manager said. “And again, try and stay out in front of it. I felt like we were able to do that a lot last year, being strategic, being smart with certain days here and there. So, that’s the biggest thing is just trying to be smart and getting things around off days around All Star break, with him going to play. So you know, just try and keep those lines of communication going. There’s always, as I say, that urgency of the day, but I’m trying to keep in mind the long game too.”

Boone said that he expects to have Judge back in center field Saturday and Sunday of this series.

“Obviously we have an off day Monday but I plan on doing it again, probably in centerfield tomorrow and Sunday. We had the day off. So he’s going to get another DH day on the homestand,” Boone said. “But we’ll just kind of communicate our way through this. Trying to make good evaluations each and every day. Want to post him as much as we can.”

He has put himself in position to be considered the American League’s Most Valuable Player, let alone the leading vote-getter for the All-Star Game.

With a 14.5-game lead in the American League East and the best record in baseball, Boone has some wiggle room to get Judge rest and accommodate him going to the All-Star Game, which is a week from Tuesday in Los Angeles.

Boone is encouraging his players who are selected to go.

“It’s an honor. If our guys can go, especially guys that haven’t been there before, I want them going,” Boone said. “I want them to experience that. We’ll take care of our guys as best we can with that in mind. They’ll be traveling a little bit, they’re still gonna have a down day, down a few days from actual physical play. But I think there’s the tug of war guys get and that’s the biggest thing for us, especially for guys like Judge the guys you know are going to be the face of the All Star game, they get pulled in a lot of different directions. Those are the guys that I think you concern yourself with the most when it comes to that. But you know, anyone that can go that we can get on (the All-Star team) I want them there.”

YANKEES IN THE OUTFIELD

The Yankees will have at least two players at the All-Star Game a week from Tuesday. Judge was a shoo-in and will be joined by Giancarlo Stanton in the outfield as a starter in Los Angeles.

He has put himself in position to be considered the American League’s Most Valuable Player, let alone the leading vote-getter for the All-Star Game. It is his fourth All-Star Game appearance.

Stanton edged out George Springer of the Toronto Blue Jays in the fan voting, has 21 homers and 54 RBI this season, and has reached base safely in 43 of his last 54 contests.  A fan-elected starter in 2015 with Miami, Stanton joins his teammate Judge as the first pair of Yankees outfielders to earn fan-elected starts together since Hall of Famers Winfield and Henderson in 1988.

The Yankees have the best record in baseball and expect to have several players in the game. They had hoped for another starter, pushing for Jose Trevino behind the plate. He was beat out by Blue Jays’ catcher Alejandro Kirk. Toronto first baseman Vladimir Guerrero, Jr. was also named a starter.

The Blue Jays, Yankees and Angels each have two starters. Shoehei Ohtani beat out Yordan Alvarez as the designated hitter and Mike Trout was named the third outfielder.

Rafael Devers, the Red Sox third baseman, was elected a starter, Jose Altuve will be the Astros’ only starter. Tim Anderson is the starting shortstop.

The pitchers and reserves for both squads  will be determined through a combination of “Player Ballot” choices and selections made by the Commissioner’s Office.  They will be announced at 5:30 p.m. on Sunday on ESPN.

Anthony Rizzo was out of the starting lineup for the fourth straight game with back spasms, but the first baseman was on the field Friday doing baseball activities for the first time since this popped up. Boone is hopeful he could be back in the lineup on Saturday night.

“Rizz will go through a full workout today,” Boone said. “I’m anticipating that it will go well, based on how he felt yesterday and what I saw this morning. I expect that to go well. And if all is good, he could potentially be an option off the bench tonight. But with an eye towards tomorrow.”