Aaron Judge not in Yankees lineup vs. Red Sox, slugger call it a one day thing – Twin Cities 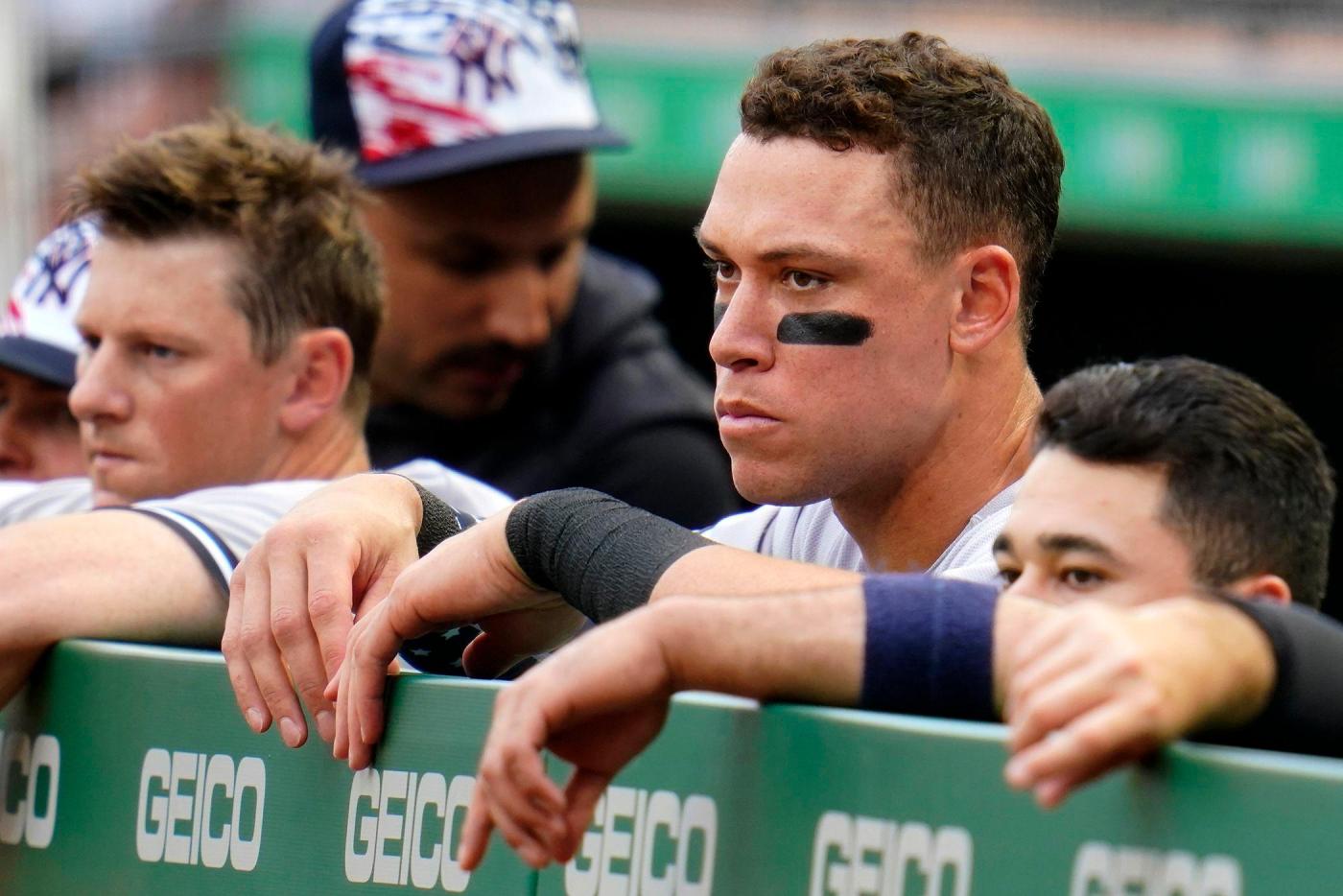 BOSTON — Aaron Judge was not in the lineup Thursday night, because tightness in his calf muscles. The slugger, however, thinks he will be back on Friday.

“It’s just precautionary stuff; been feeling it for a week or so,” Judge said after the Yankees’ 6-5 win over the Red Sox at Fenway Park. “Just taking the chance to take a day and make sure everything’s all right; make sure it’s nothing more than one day so we can keep rolling.”

Judge confirmed it was something that he has been managing the last few days, but downplayed the severity of the issue. He emphasized that manager Aaron Boone was being cautious and taking advantage of the big lead the Yankees hold in the American League East with the best record in baseball.

“I think it’s more Boonie being precautious with things, especially with the lead we have right now in the division, now this team is rolling, how guys have been swinging the bat,” Judge said. “It’s better taking one day now than miss two weeks down the road”

The Yankees, who rolled into Fenway with a 14-game lead on the Red Sox and Rays in the American League East, were also without Anthony Rizzo, who missed his third straight game with what he said was a back spasm.

Judge did not start Sunday’s game in Cleveland, pinch hitting in the top of the ninth of a loss to the Guardians. The Yankees had Monday as a scheduled off day, but Judge played both games in Pittsburgh. He hit his 30th home run of the season—and career third grand slam—in Wednesday night’s rain-delayed 16-0 rout of the Pirates.

Boone said this was a “wear and tear,” type of issue that comes as the players get into the middle of the season. The Yankees just passed the halfway mark of the 162-game season on Wednesday night.

“I think it’s been more the last couple of days where he just grinded through a lot this half,” Boone said. “I know when you start to get that tightness down there that it’s not something that I want to become a bigger issue.”

The Yankees were paced Thursday by Josh Donaldson (grand slam) and Aaron Hicks (solo shot) against the Red Sox.

“That’s what it’s gonna take down the stretch, it’s gonna take everybody, every single guy on this team,” Judge said. “Getting a big win like this Fenway, with all our guys, shows just how deep this team is.”

Judge has not been on the injured list for a season and a half, which is huge for him as he approaches free agency. He’s piled up impressive numbers this season, which are going to result in more dollars on the contract he signs eventually.

He has put himself in position to be considered the American League’s Most Valuable Player.

If he does win that award, the Yankees, who narrowly avoided arbitration with him, will have to pay him a bonus per that contract they just agreed on last week.

“Forgetting betting on himself or not. Obviously, what he’s doing is really impressive and he’s obviously extremely talented,” Yankees GM Brian Cashman said. “He’s been a big performer for years now and obviously the season he’s having has been remarkable. So obviously, no one wants him to win the MVP more than we do.”

But Judge did bet on himself. He was ready to fight it out in an arbitration hearing for this season, before the team split the difference between proposals of $4 million to pay him $19 million with incentives this year.

He also turned down an eight-year deal that would have been worth $230 million, including 2022, right before Opening Day. The yearly salary of $30.5 would have made him the highest-paid position player per year (or annual average value) in Yankee history and the second-highest on the team behind Gerrit Cole. It would have given him the second-highest AAV of an outfielder in the game, behind only Mike Trout.

Cashman came out and laid bare the details of the contract Judge turned down on Opening Day, irritating the player. So, Thursday, Cashman reiterated what managing partner Hal Steinbrenner said on Wednesday about negotiating with Judge about an extension. Both sides have said they would not comment on whether the sides are talking or not repeatedly.

Before the supermodel married NFL player Tom Brady in 2009, she dated some of Hollywood’s…