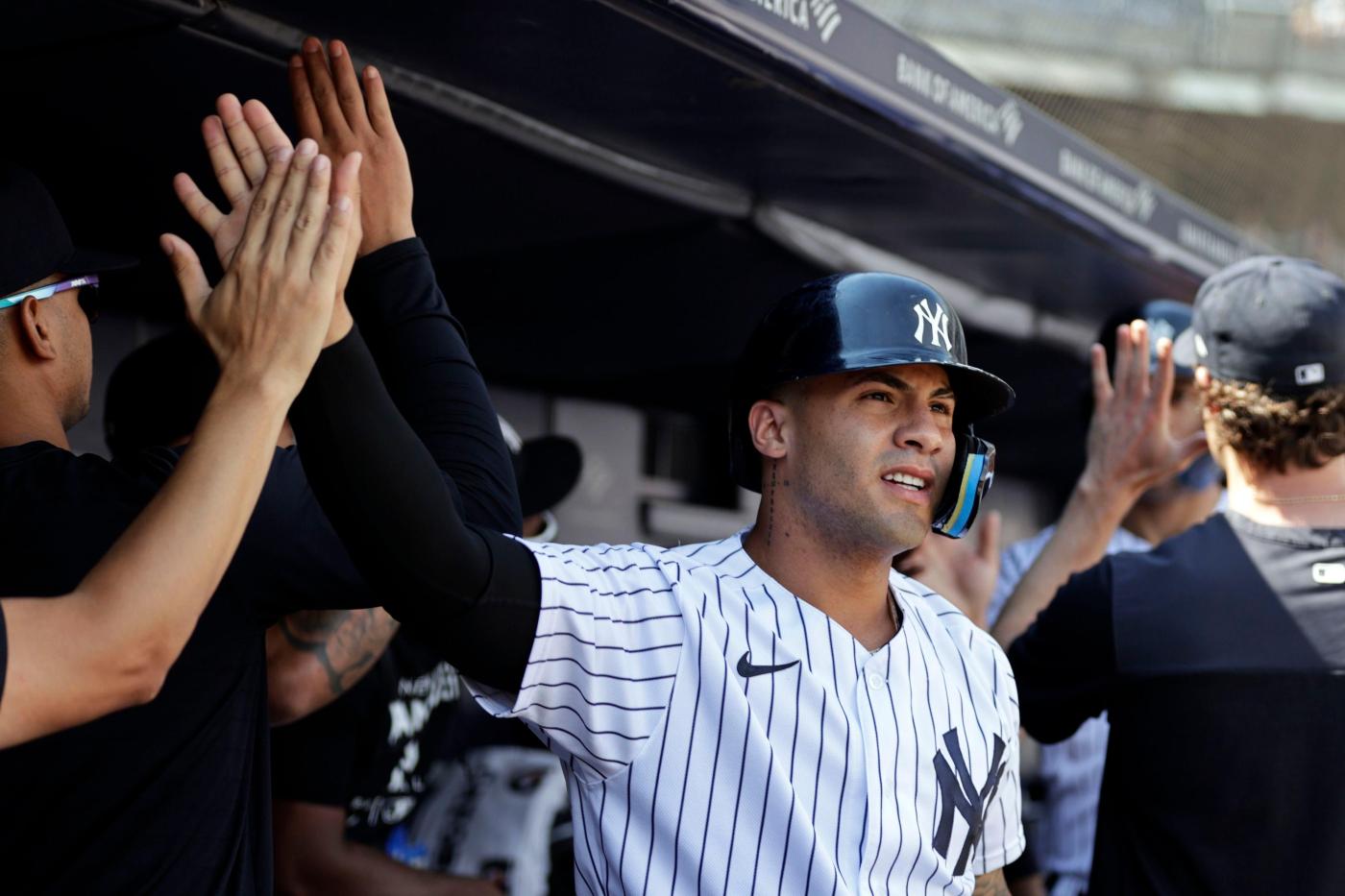 The Yankees got their nickname “Bronx Bombers” from hitting baseballs out the ballpark. Gleyber Torres had other plans to get his home run Wednesday night.

Major league teams are used to seeing the Yankees land baseballs into the seats, totaling 224 homers entering Wednesday’s game — the most in the MLB. This time, an inside-the-park homer helped propel the Yankees to a 5-3 victory over the Boston Red Sox.

The play was made possible starting with Torres lining a single — in the top of the fifth inning — into right field and Red Sox outfielder Alex Verdugo making an errant throw wide of his cut-off man. Red Sox catcher Connor Wong fielded the throw and attempted to throw behind Torres at first base, who was trying to extend a single. Wong’s throw ended up in the outfield.

Add that all up and you get a little league style home run.

The three runs scored on the play overshadowed a decent outing from Boston’s top prospect Bryan Bello. The 2017 international signee pitched five innings, allowing six hits and one walk. The three runs from Torres’ homer were unearned and he also struck out six batters.

On the mound for the Bronx Bombers was Nestor Cortes Jr. A day after ace Gerrit Cole continued his struggles pitching at Fenway Park, Cortes Jr. tossed five innings, allowing one run and three hits. He added seven strikeouts, one of which produced an ugly swing out of third baseman Rafael Devers — thanks to one of Cortes Jr.’s trademark funky leg kicks.

Red Sox bats remained quiet for most of the night. A RBI double from Wong in the fifth inning got his team on the scoreboard

Jose Trevino extended the lead to 4-1 with his own RBI double in the next inning.

Jonathan Loaisiga allowed a run in the eighth, but an inning ending double play got him out of trouble before more damage ensued.

Torres finished his night recording a RBI off of a dropped fly ball in center field in the ninth inning, making the score 5-2. The second baseman is riding a hot streak, hitting .316 entering Wednesday’s game.

Clay Holmes recorded the save in the bottom of the ninth to take care of business. He allowed one run but, his team left the field with the victory — winning eight of their last 10.

Aaron Judge, the usual suspect responsible for the Yankees’ offense, did not make progress in his chase to shatter Roger Maris’ American League record of 61 home runs in a single season. Judge, who has 57 homers, is four home runs away from tying Maris’ record set in 1961.

The Yankees All-Star slugger went 1-4 at the plate.

Wednesday’s victory completes a two-game series sweep as the Yankees head into an off day before playing the Brewers this weekend.