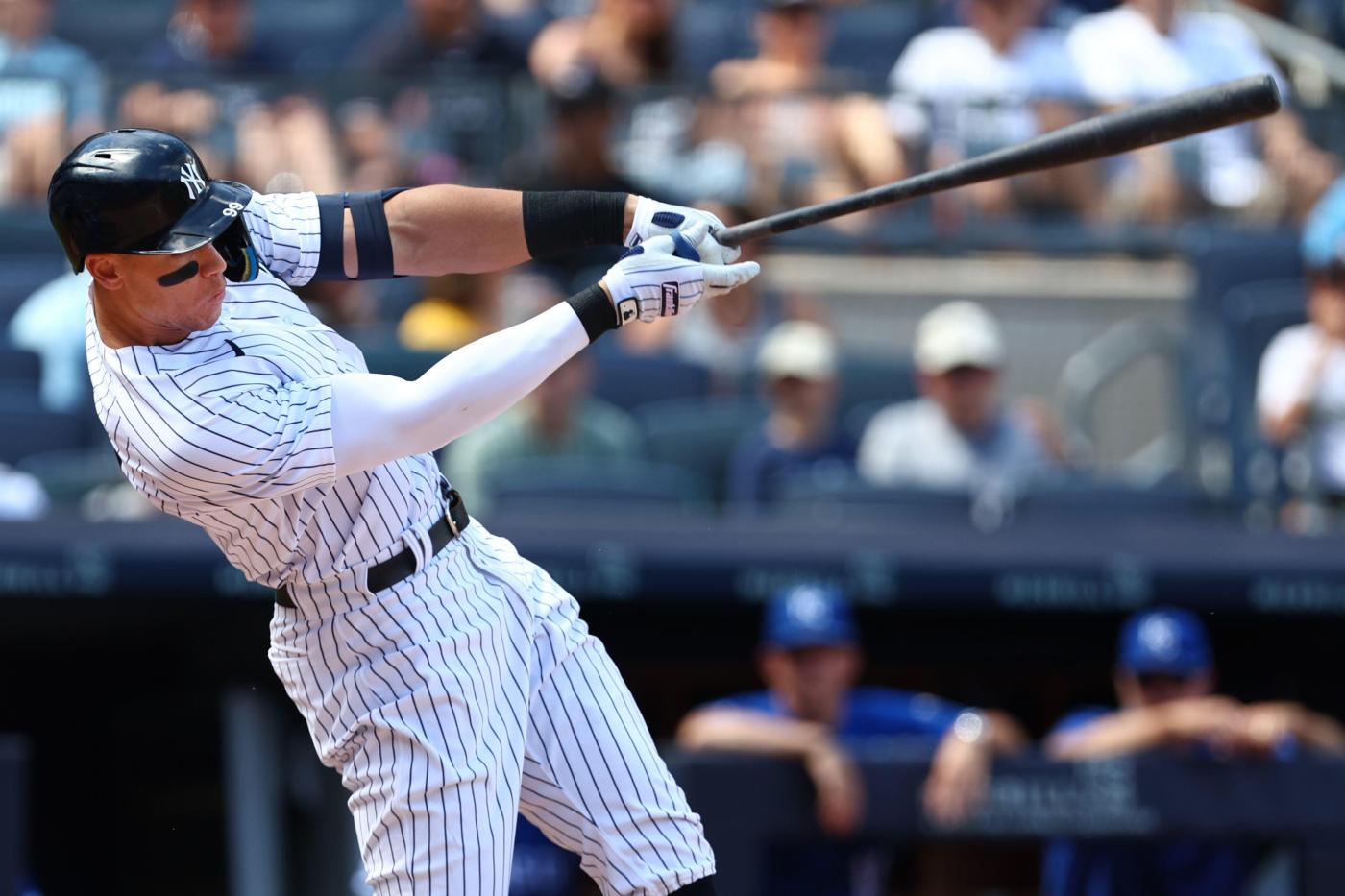 The Yankees invited some of the heroes of their storied past to the Stadium Saturday. With no Old-Timer’s Game after extensive introductions, however, they just had to sit back and watch as the Yankees current hero continued to crush this game they played. Aaron Judge hit his major league-leading 42nd home run in the second inning as the Bombers beat the Royal 8-2.

It was the third straight win for the Yankees (69-33) and it clinched the series for them over the Royals (39-62). After being swept by the Mets in a two-game series earlier this week, the Bombers have now won 23 series and lost just six. Sunday they go for the sweep over the Royals.

Judge’s 42nd homer was a 364-foot shot to right-center field. It was also his 200th career home run, making his the fastest player to 200 homers in American League history. Judge reached the 200-mark in his 671st career game, only behind Ryan Howard, who did it in 658 career games, in big league history.

He is on pace to hit 66 home runs this season.

There are only two players who hit more homers through July in MLB history. Barry Bonds (2001) and Mark McGwire (1998) each had 45 through the month of July. Both went on to break the long-standing record of 61 set by Roger Maris in 1961. Sammy Sosa also had 42 through the month in 1998.

The two-run shot gave him 91 RBI and he has driven in 21 of the Yankees last 45 runs over a nine-game span.

DJ LeMahieu became the latest Yankee to reach the double-digit mark in homers. His leadoff homer in the first was his 10th of the season and his first since July 21 in the first game of a doubleheader against the Astros in Houston.

It also gave the Yankees a chance to see Aroldis Chapman work again. The former closer, who has struggled of late, pitched his third consecutive scoreless inning, striking out two. It was just Chapman’s second  successful back-to-back appearance since coming off the injured list July 2. The other back-to-back scoreless innings were against the Pirates July 5-6.

Clarke Schmidt threw three scoreless to finish it off.