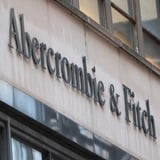 Image Source: Getty / Michael M. Santiago The year was 2008. And that year for my 14-year-old self was characterized by a significant shift in my wardrobe. It was the first time I ever got a pair of Coach trainers to match my Coach crossbody, and also one of the last times I would be wearing streetwear. In just a few months, instead of window shopping for Coogi at Jimmy Jazz, we started traveling 30 minutes out of the city to shop Abercrombie & Fitch and its subsidiary, Hollister. In April, Netflix released a documentary entitled “White Hot” chronicling rise and fall of Abercrombie & Fitch in . . .