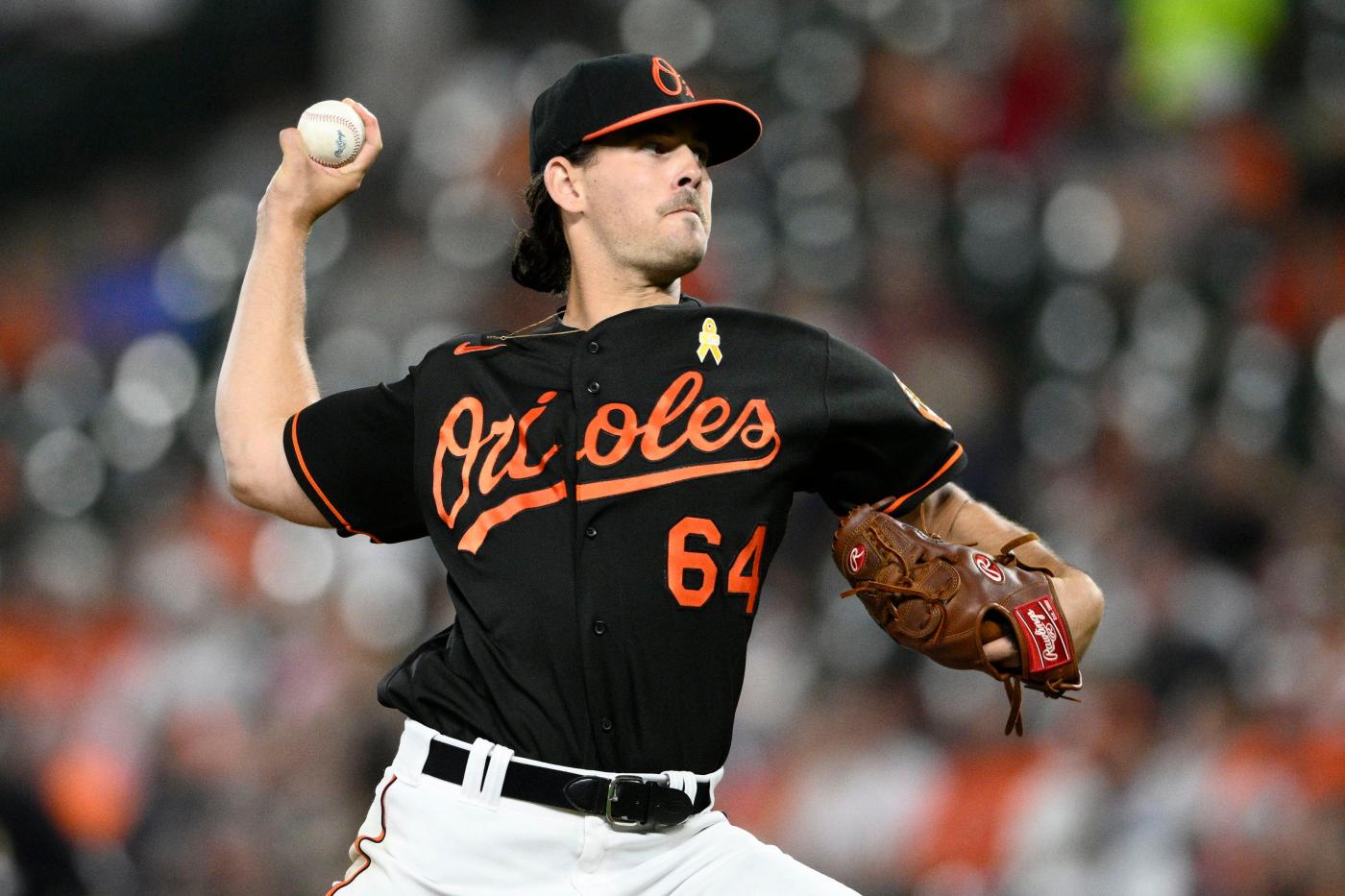 Before opening a series with the worst team in the American League, Orioles manager Brandon Hyde was faced with a series of questions about his lineup. It featured neither Cedric Mullins nor Adley Rutschman, typically the top two hitters in his starting nine, partly for rest and partly because the Oakland Athletics were starting a left-hander.

“We have a lot of options right now,” Hyde said before the game. “Never had this many guys on the bench that I want to play. That’s what good teams have. They have depth, and it’s nice to have depth. It’s nice to have really good players on your bench being able to put them in in maybe the biggest spot of the game.”

That’s exactly what he was able to do Friday night. As the Orioles threatened in the eighth inning of a tie game, Hyde called on both Mullins and Rutschman as pinch-hitters. The A’s intentionally walked Mullins to load the bases, then Rutschman worked the count full to draw his own free pass. That delivered a lead that Jorge Mateo extended with a two-run single, providing the difference in Baltimore’s 5-2 victory to keep pace in the AL wild-card race.

Anthony Santander opened the decisive inning with a walk before Ryan Mountcastle hit a soft grounder to the right side, where Oakland second baseman Jonah Bride indecisively looked to get Santander at second before throwing to first too late to get Mountcastle. Ramón Urías dropped a sacrifice bunt to put two in scoring position, prompting Hyde to call on Mullins in place of newcomer Jesús Aguilar.

After the intentional walk, Austin Hays returned to the dugout for Rutschman, who showed his typical plate discipline to bring in the go-ahead run before Mateo provided two insurance runs.

Top prospect Gunnar Henderson arrived at Camden Yards on Friday excited to hear fans yell out “O!” during the national anthem. He gave them plenty more reasons to get loud during his first home game.

Henderson went 2-for-4 with a pair of doubles and became the first player in team history to start each of his first three games at a different position: third base, shortstop and second. He was the fourth player in the majors to achieve the feat this season, according to the Elias Sports Bureau.

The only pure left-handed hitter in the Orioles’ lineup against Oakland lefty JP Sears, Henderson received a lengthy standing ovation before his first home at-bat in the third, with many of the 13,558 announced in attendance remaining on their feet as he swung and missed at the first pitch. A second whiff put him down 0-2, but after a pair of takes on pitches out of the zone, Henderson doubled down the right field line.

Starting behind the plate with Rutschman out of the lineup for the first time since Aug. 17, Robinson Chirinos followed Henderson’s double by blooping one of his one into left. He soon scored the inning’s second run on a single from Mountcastle.

Henderson doubled off another left-hander, Kirby Snead, in the seventh. He also made the turn at second base on a game-ending double play behind Dillon Tate.

It marked the eighth time in the past nine games Baltimore’s starter completed the sixth, matching the total from the team’s previous 42 games. Only once in the past 11 games has a member of the Orioles’ rotation allowed more than two runs, a stretch in which the group has a 1.93 ERA.

After back-to-back shutouts to win a series against the AL Central-leading Cleveland Guardians, Kremer extended the staff’s scoreless streak to 25 innings with four shutout frames to open his outing.

In the fifth, Oakland put runners on second and third against him with no outs and had the bases loaded with two outs. Kremer was a pitch away from getting out of it when A’s leadoff hitter Tony Kemp hit a soft single into center to tie the game.

Kremer retired the final four batters he faced, exiting after 94 pitches. Bryan Baker retired all five men he faced before ceding to Tate, who recorded four outs around the Orioles’ big eighth to finish off the victory.