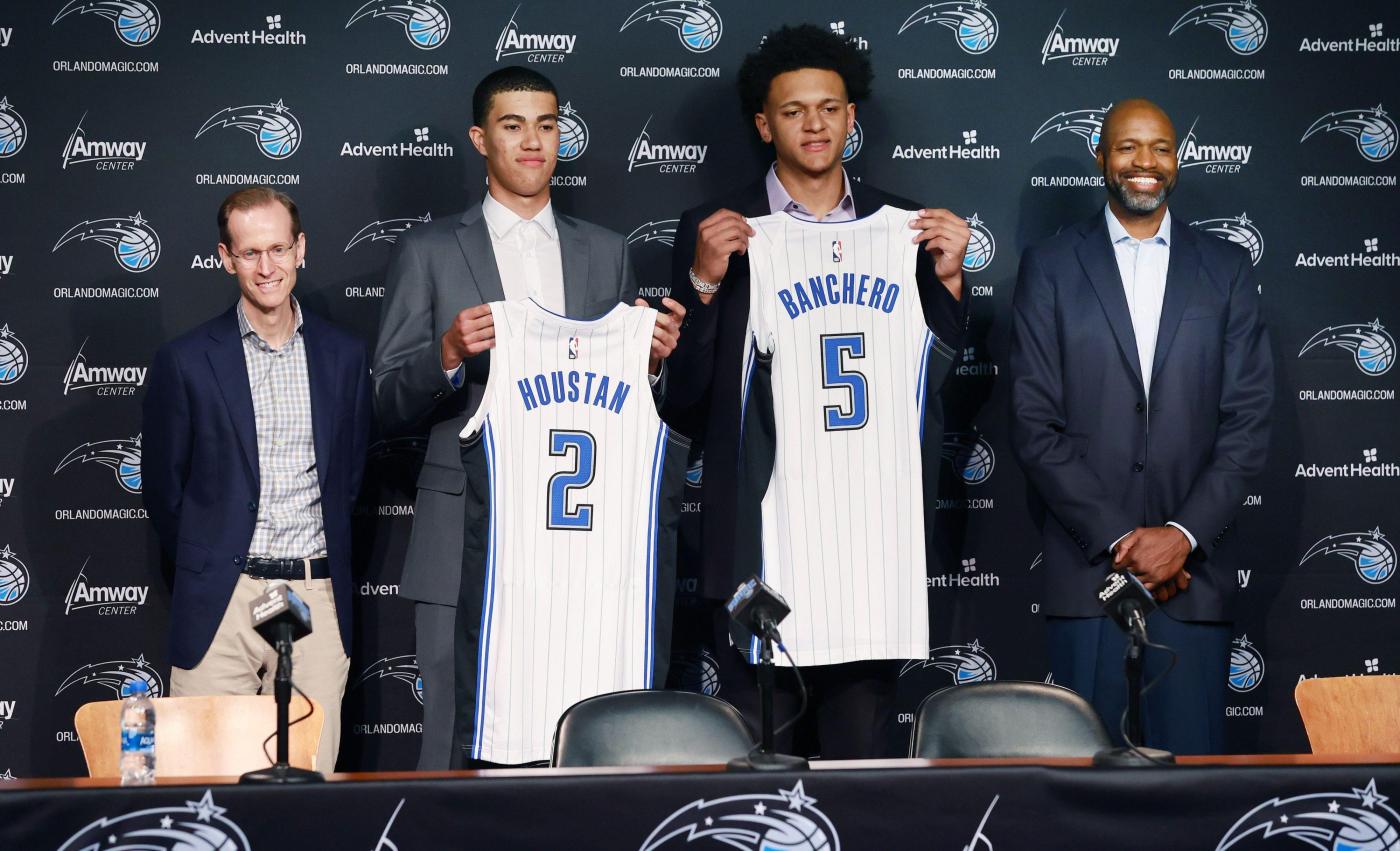 To say it’s been a whirlwind since Thursday evening for Paolo Banchero, whom the Orlando Magic drafted with the No. 1 overall pick, would be an understatement.

That’s especially because the 19-year-old was surrounded by uncertainty until moments before NBA commissioner Adam Silver took the draft stage at Barclays Center in New York City.

The Magic, who’ve taken pride in being one of the league’s more tight-lipped organizations, kept the secret about whom they were going to take with the top pick so well that even Banchero wasn’t sure he’d be selected No. 1.

Banchero knew he had a chance.

But he said it wasn’t until his agent Mike Miller, the former NBA player the Magic drafted with the No. 5 pick out of the University of Florida in 2000, told him “congratulations” 30 seconds before Silver took the stage that Banchero knew he’d be the top pick.

“[Miller] was just telling me to stay ready and be prepared,” said Banchero, said. “It happened pretty fast. … It probably took me 20-30 minutes to really calm down. I was just so filled with emotions.”

The whirlwind didn’t stop there.

Interviews with national media outlets occurred between Thursday night and Friday morning before Banchero took a flight for Orlando.

It was when Banchero was alongside Caleb Houstan, whom the Magic drafted at No. 32, coach Jamahl Mosley and president of basketball operations Jeff Weltman on Friday afternoon inside the Magic’s interview room at Amway Center that the magnitude of the recent hours began to resonate.

“I’d say landing here is when it kind of really hit me,” Banchero said, “that I’m part of the Magic and that I was the No. 1 pick.”

Added Houstan, a 2021 McDonald’s All-American who was a consensus former 5-star coming out of Montverde Academy before playing one season at the University of Michigan: “A lot of excitement happened. A lot of emotions. Just really glad I ended up here.”

The Magic are equally as happy they have Banchero and Houstan.

Banchero and Houstan will have a couple of weeks to get familiar with the organization before helping the Magic kick off the NBA’s summer league in Las Vegas against the Houston Rockets on July 7 on ESPN.

The summer league runs from July 7-17.

Banchero knows even more attention will be put on him as the No. 1 pick. He is accustomed to expectations. It comes with being a former 5-star and playing at Duke — especially during coach Mike Krzyzewski’s final season.

While Banchero knows this will be different, he’s embracing the Magic and the pressure that comes with being a draft’s top pick.

“It’s nothing I feel like I’m not used to,” said Banchero, who had starred at O’Dea High School in Seattle. “It’s definitely different. I feel like I dealt with a lot of the same stuff this year. I had a couple of bad games and everyone has their opinions and whatnot, but you can’t pay attention to that. People are going to say what they’re going to say. As long as me and my coaches are on the same page, we’ll figure it out. I’m not worried about what’s being said on the outside.”

If there’s anyone close to Banchero who understands what it takes to start a career well, it’s his agent.

Miller won the 2001 Rookie of the Year with the Magic to kick off a 17-year NBA career.

“He’s just told me from the beginning how great of a place Orlando was, how much he liked it, how he still has great relationships here,” Banchero said of Miller, who spent his first three seasons in Orlando. “He enjoyed his time here and I’m just blessed to be here. It’s funny how it all worked out.”

“They did a lot of due diligence on him,” Miller said. “Guys like Paolo don’t walk through that door very often. He makes the whole team better. Clearly, he’s the best player in this draft. He’s about to show it.”