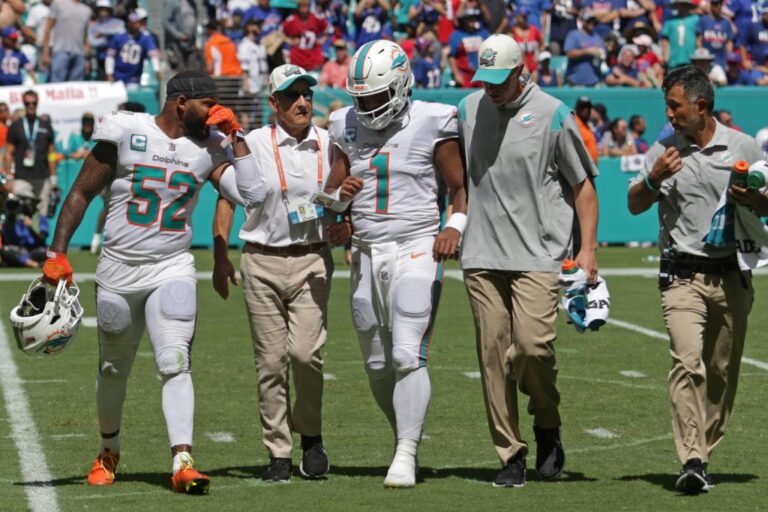 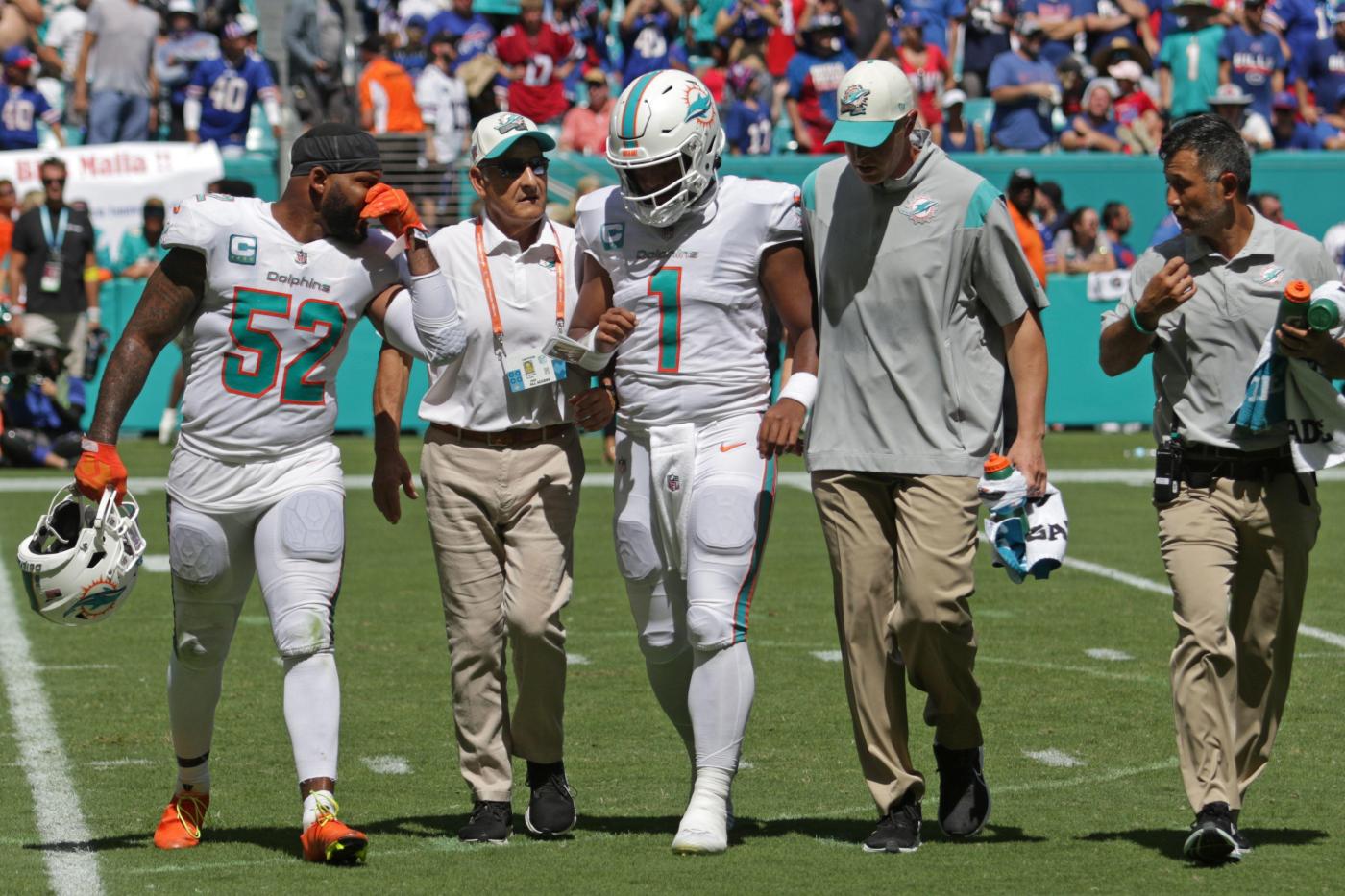 Miami Dolphins defensive tackle Christian Wilkins usually notes there’s a “24-hour rule” after NFL games — win or lose — before the emotions of one result must shift into preparation for the next opponent.

But even that’s too long when the Dolphins only have three days between Sunday’s thrilling 21-19 win over the AFC East Goliath Buffalo Bills and a Thursday night game at the Cincinnati Bengals.

“It’s the 12-hour rule,” said Wilkins at the news conference podium postgame, meaning the expiration time was around 4:30 a.m. Monday morning. “We just get [Sunday night], and [Monday] we’re already getting ready for the next opponent so we can turn the page and get ready for Thursday night.”

Those 72 hours between game days will be under a microscope, especially quarterback Tua Tagovailoa’s availability in Cincinnati on the quick turnaround.

Tagovailoa was initially said to have suffered a head injury when he exited at the first half’s two-minute warning after getting pushed by Bills linebacker Matt Milano, causing Tagovailoa to fall back and hit the back of his head on the turf. Tagovailoa appeared woozy and stumbled upon getting up from the hit before being escorted by trainers into the locker room.

He was cleared in concussion protocol and returned for the second half, finishing 13 of 18 for 186 yards and a touchdown pass. Tagovailoa and coach Mike McDaniel both said postgame it was actually a back injury Tagovailoa was dealing with, as the roughing-the-passer play exacerbated earlier discomfort Tagovailoa experienced in his lower back from a quarterback sneak.

The NFL Players Association on Sunday afternoon initiated an investigation of the handling of Tagovailoa’s concussion check.

“It was uncomfortable going in,” said Tagovailoa of his second half, which involved him making a stellar 45-yard throw deep over the middle to Jaylen Waddle on third-and-22 that set up a go-ahead score. “I guess you could say it was the adrenaline that was keeping me going with the throwing.”

Of his back, Tagovailoa added postgame Monday: “It’s tight. It was sore when it first happened.”