As Christopher Morel puts in work at 3rd base, the Chicago Cubs rookie is focused on better throwing accuracy – Twin Cities 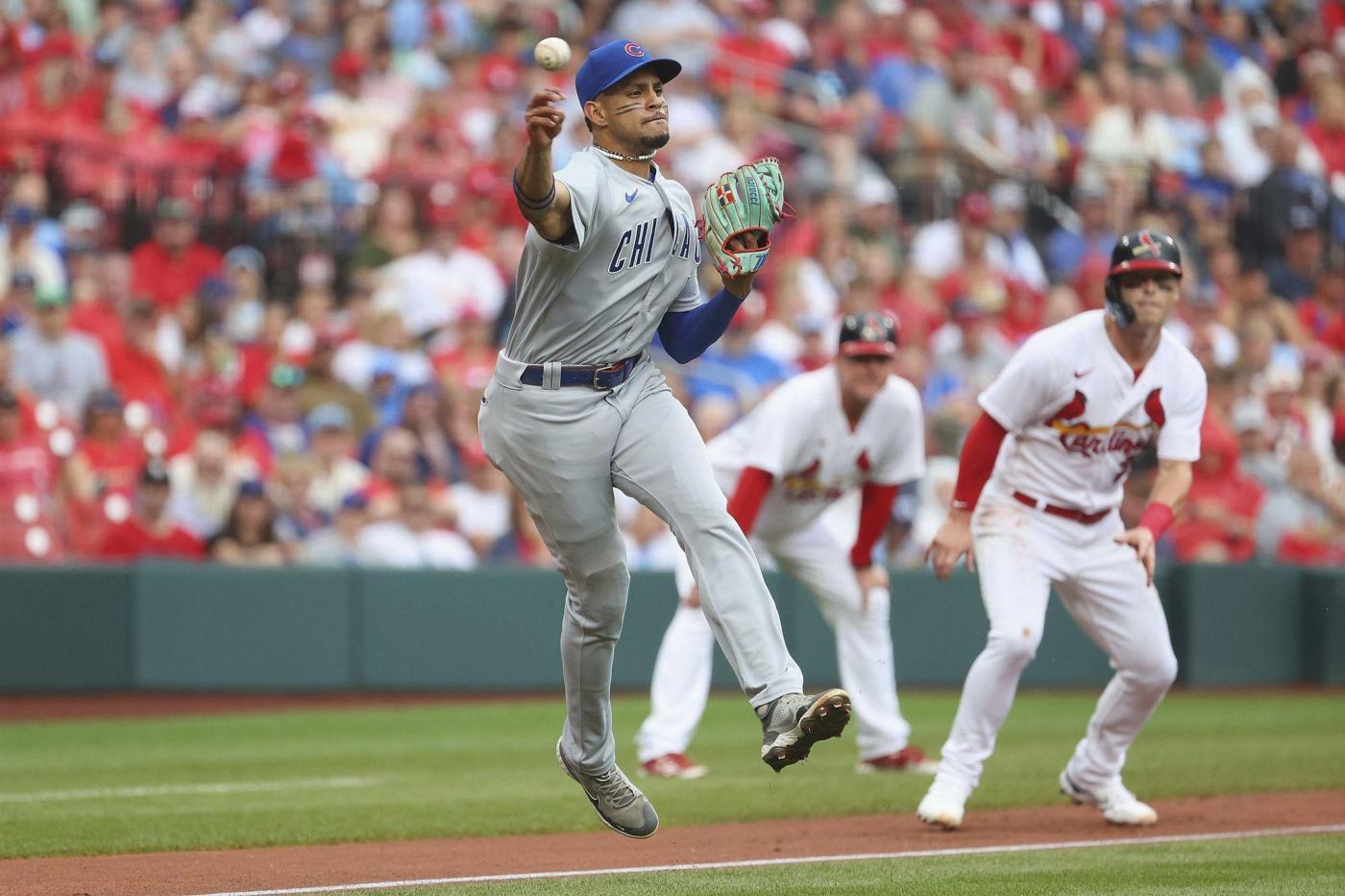 Chicago Cubs staff assistant Jonathan Mota plopped his cap on the infield AstroTurf at the Rogers Centre in Toronto.

He positioned it roughly seven feet in front of first base to serve as a visual for the pregame drill before returning to home plate, where bench coach Andy Green used a fungo bat to rip baseballs down the third-base line. Each time, Christopher Morel focused on his footwork to lead him into backhanding the baseball and firing it to first.

The ball wasn’t supposed to be a direct throw, however. With Morel’s momentum taking him toward the foul line, Green and Mota wanted him to one-hop his throw to first, where teammate Franmil Reyes was standing to field the ball. The one-hop approach creates a more controlled movement and better sets up a first baseman to handle the long, potentially off-balance throw.

The technique is part of the process to help Morel develop more consistency at third base, most notably on his throws. Morel is a visual learner, so the Cubs have used the cap as a reference point as well as showing him video to highlight where he needs to adjust. So if Morel is missing glove side to the first baseman during pregame work, the Cubs adjust where the glove target is set up before his throw.

“The challenge is going to be putting in the work when he’s at third base, second base, shortstop, in center field — every day it has to be the main focus for him,” Mota told the Tribune. “It comes from the ground up. If he is compact with his legs, it’s going to allow him to be compact with his upper body, which is going to transfer to his arm stroke. We have cues for him.”

Morel’s versatility has been an asset for manager David Ross. Since his debut in mid-May, the 23-year-old has played predominantly center field and second base while backing up Nico Hoerner at shortstop.

But with Patrick Wisdom playing more first base and then landing on the injured list Aug. 26 with a sprained left ring finger, 11 of Morel’s last 12 starts have come at third. Before August, his only other start at the position came in his first big-league start May 18.

In the minors, Morel logged a majority of his games at third base from 2017-19 before moving around the infield and outfield beginning last season.

Ross already has seen Morel clean up how he reads the play off the bat, noting the way Morel had been aggressively attacking the ball. And if he does initially misplay the ball, Morel’s arm strength can make up for it.

“He’s got a real legit 70 (grade) arm from over there,” Ross said. “It‘s about getting reps. I mean, we’ve moved him all over the diamond. … Utility-wise he’s played a lot of different areas that we feel comfortable in.

“A lot of those are just trying to figure out what fits best for him and how to maximize and continue to develop. He’s such a young kid and works really hard. He’s grown a lot this year and continues to grow.”

For Morel to become a viable regular option at third base next season, he needs more consistent and accurate throws. At times, the Cubs see his arm stroke fall into a longer, outfield-type action. They want him to shorten his arm movements, which begins with smoother footwork and proper positioning.

It all ties together at third base, where quick reaction time and strong throws are necessities in the big leagues.

“The adjustments for him are more like slow the game down and mechanically, how are we going to do that,” Mota said. “It’s just staying on his legs and making sure he’s compact as he takes the ball out of his glove and then allow him to use that athleticism that we all know he has.

“When it comes to the game, we all see how electric he can be. That comes with a price, and the price for him is he can play too fast.”

Morel’s .913 fielding percentage at third is third-lowest among 80 big-league third basemen with at least 100 innings at the position. Two of his four errors have come on throws, and he has minus-3 defensive runs saved in the small sample size.

He often works with Green and Mota before games on his issues at third base, including extended work on days when the Cubs don’t taking batting practice.

“Normally when I’m playing, I kind of have an idea of what the pitcher’s throwing,” Morel said through an interpreter, “so that helps you anticipate or prepare before the play is going to happen. So really knowing the pitcher’s repertoire when they’re out there. It’s really all about focusing on what I’m trying to achieve when I’m out there.

How Morel’s positioning fits into the Cubs’ 2023 lineup will depend partly on offseason moves. Morel has embraced his positional flexibility. If he can hone his accuracy from third base and be a more reliable defensive option there, the Cubs would have expanded avenues they could pursue in building a better roster.