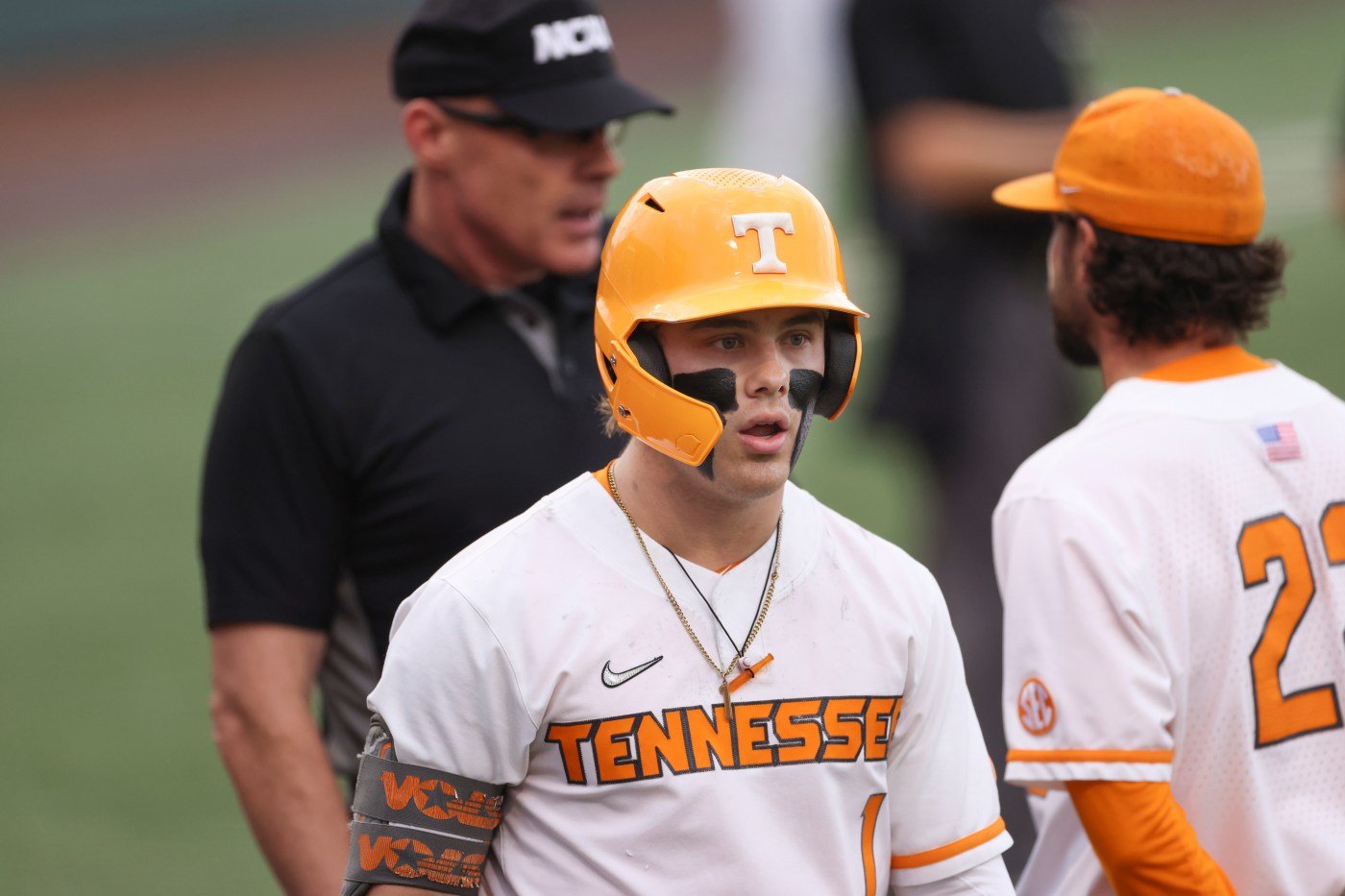 LOS ANGELES — After a two-year hiatus from the first round, the Astros returned to snag a swaggy center fielder from one of college baseball’s most premier programs.

Houston selected Tennessee outfielder Drew Gilbert on Sunday night with the 28th overall pick in the 2022 MLB Draft. Slot value for his selection is $2,620,400 and, most of the time, teams draft players with an agreement already in place.

In a brief Zoom call with reporters on Sunday night, Gilbert didn’t say whether he had already agreed to terms, but reiterated on multiple occasions he is “ready to play.” Gilbert said he met with the Astros via Zoom call last week and had a few pre-draft conversations with them.

Gilbert is the franchise’s first first-round pick since Korey Lee in 2019. As part of the team’s punishment for electronically stealing signs during the 2017 and 2018 seasons, Major League Baseball stripped the Astros of their first- and second-round picks in both 2020 and 2021.

An extremely successful pitcher at Stillwater High School, leading the Ponies to a state championship, Gilbert played both ways when he arrived at Tennessee, but converted to a full-time position player as a sophomore. Gilbert bats and throws lefthanded. He led the Volunteers with a .362 batting average and 1.128 OPS last season. Thirty-six of his 72 hits went for extra bases.

“Long-term outlook, we view him as a plus defensive center fielder, a table-setter type,” Astros amateur scouting director Kris Gross said. “He had a heck of a year at Tennessee. He has showed power, makes a ton of contact, has toned down the approach and is walking a lot. There’s a lot to like with the bat, the instincts and the leadership. The performance over the past three years, we deemed pretty special.”

In 199 at-bats last season, Gilbert drew 33 walks and struck out just 32 times. He earned nationwide notoriety for some of his in-game actions. He was ejected in the middle of an at-bat during Tennessee’s NCAA regional tournament for arguing with an umpire and uncorked some massive bat flips that made their way onto a T-shirt. One opposing coach described Gilbert as an “emotional, max effort player.”

“Obviously a loud personality on the field because he wants to win so much, but I can’t describe to people how much he changed my life once he got to our program,” Tennessee coach Tony Vitello said on MLB Network’s draft broadcast.

“He does things in the locker room and dugout that are hard to describe in a short period of time, but he literally changed how the program operates, competes and works. I think he’s going to do that at the big-league level, too, even though he’s going to have to establish himself. Phenomenal kid.”

Gilbert played primarily center field at Tennessee, which last year put together one of the best seasons in modern college baseball history. The Volunteers finished 56-7 and won the Southeastern Conference’s regular-season and tournament titles before losing in a super regional to Notre Dame.

Gilbert won SEC Tournament Most Valuable Player honors after collecting seven hits and driving in nine runs during the Volunteers’ run to a title. Baseball America ranked him the No. 24 overall prospect in the draft while MLBPipeline pegged him No. 32.

An opposing coach who played against Gilbert this season called him a “high-level competitor with a big motor.”

“Elite athlete that can stick in center field long term with a plus arm,” the coach said. “Some swing and miss at the plate that he improved upon this year. Power to all fields.”

Gilbert is the first of 21 selections the Astros will make across the next three days. The team regained a sizable bonus pool after earning its first- and second-round picks back following the sign-stealing punishment. Houston has a $6,837,000 bonus pool to spend on its first 11 selections.

The draft could be crucial in improving a farm system widely considered one of the five worst in the sport. FanGraphs ranks the Astros’ system 27th of 30 organizations. Baseball America pegs it No. 28. The team has one consensus Top 100 prospect — righthander Hunter Brown — and is without much high-end talent.

Based on his age, track record and caliber of college competition, Gilbert profiles as a player who could move quickly through a farm system without a ton of fast risers.

“A lot of excitement,” Gilbert said of his selection. “I’m as happy as I’ve ever been, but I’m ready to play. It’s been a while.”