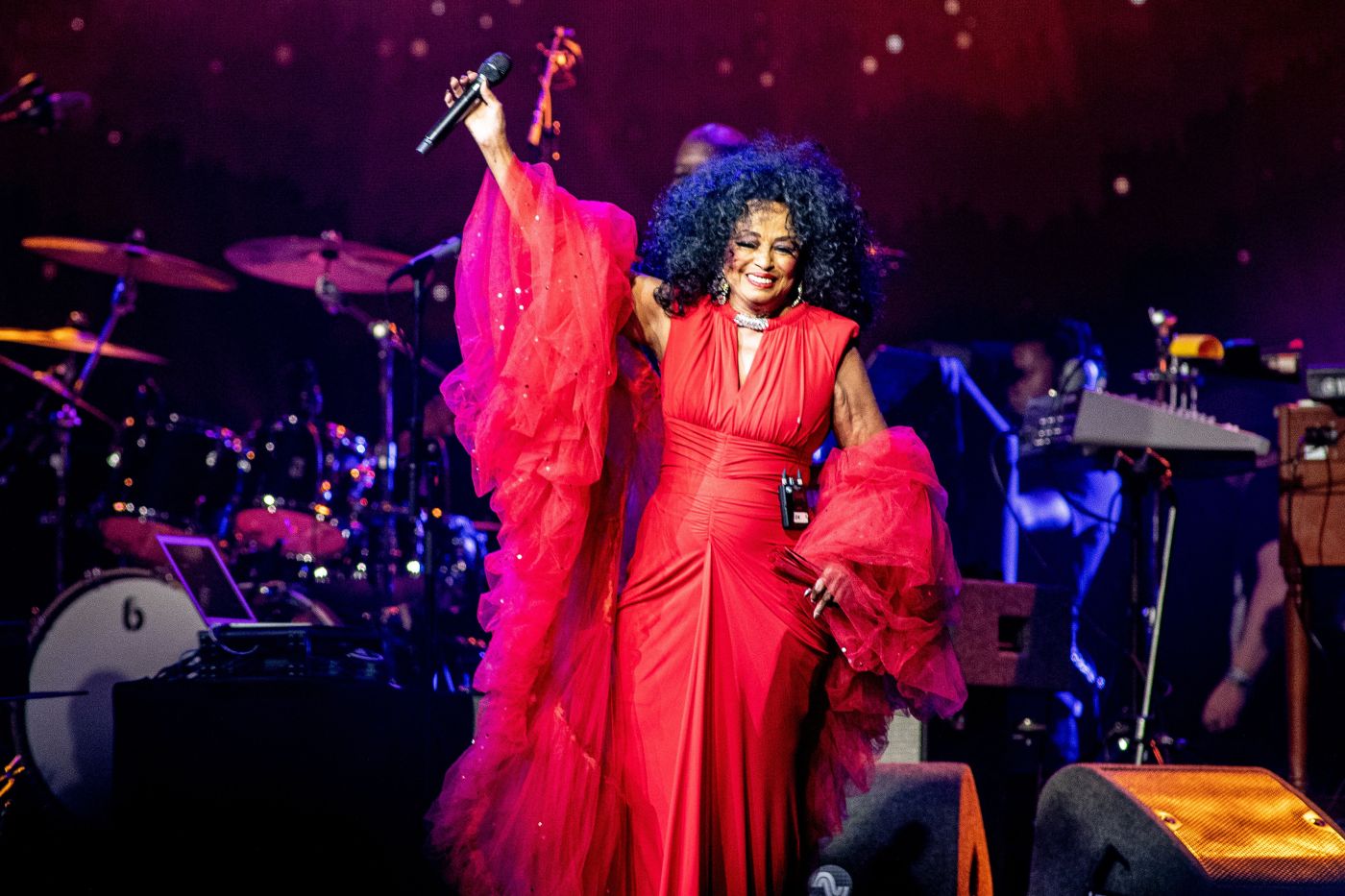 When the world went into lockdown at the top of the pandemic, Diana Ross decided to make a new record.

Yes, plenty of musicians did the very same thing. But the 78-year-old icon pulled out all the stops. She hired a small army of producers and musicians — including Jack Antonoff, the go-to guy for the Taylor Swifts, Lana Del Reys and Lordes of the music world — as well as not one, but two symphony orchestras to make what became “Thank You.”

It’s her first album of original material since 1999, so she went ahead and hit the road for a world tour to promote it. After spending the summer touring Europe, including stops at Glastonbury and the Montreux Jazz Festival, Ross has returned to the States. She headlined the Minnesota State Fair Grandstand Saturday night after selling out two nights at the Hollywood Bowl.

Vocal group Naturally 7 opened, followed by a set from Ross’ daughter Rhonda. I’m sure she’s a nice lady and all, but she sang the worst version of the “West Side Story” classic “Somewhere” I’ve ever heard and followed it up by murdering Adele’s “Rolling in the Deep.”

Before the main attraction finally took the stage, an extended advertisement for the new record played on the big screens. Then the diva herself appeared, cooing her hit “I’m Coming Out.” And from there, she was off, starting with truncated takes on a series of Supremes classics including “Stop! In the Name of Love,” “You Can’t Hurry Love” and “Love Child.”

During the latter, Ross left the stage for the first of four costume changes, each complete with a matching folding fan to keep her cool. The crowd of 8,180 loved every minute of it.

Ross has always been more of a superstar than, say, a real vocal powerhouse. But given her age, Ross proved to be wildly entertaining with her sometimes chirpy voice and cheery attitude. She handled the upbeat songs better than the ballads and, somewhat adorably, mildly (but forcefully) admonished the sound guy during “Don’t Explain” from “Lady Sings the Blues.”

While it would have been great to hear her sing her terrific new single “Turn Up the Sunshine” — a collaboration with Australian psychedelic pop band Tame Impala (!) — she instead did “If the World Just Danced,” a neo-disco track from the new album. She wrapped with a rousing cover of Gloria Gaynor’s “I Will Survive” and then did some more hawking of the new record and closed with the title track.

Much like fellow 78-year-old Roger Waters did at Target Center in July, Ross proved to be an ageless wonder who still has it after all these years. Here’s to hoping we get to see her again soon.