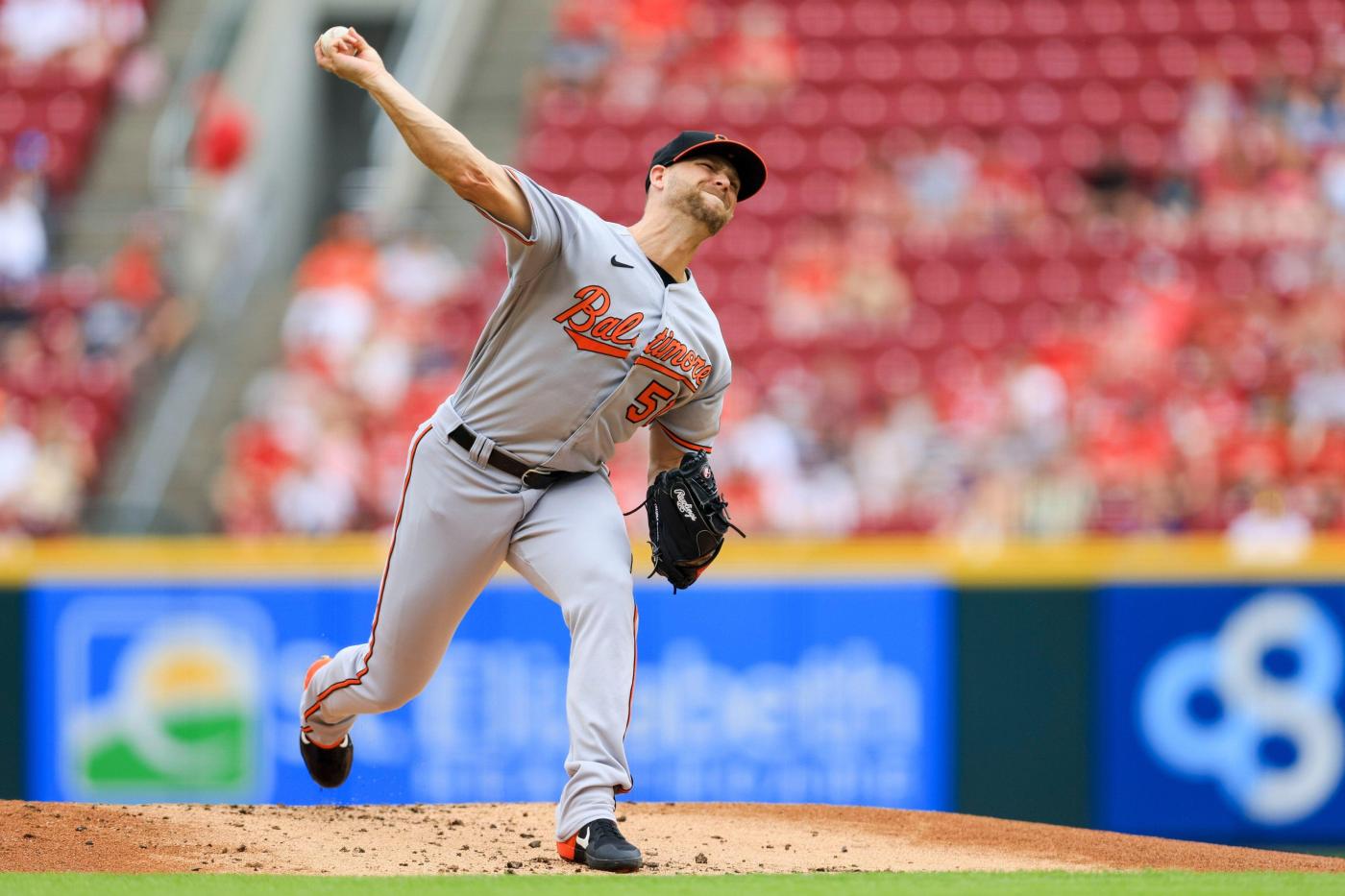 The splitter has been nearly untouchable this season for right-hander Félix Bautista, but at a certain point, even the best pitches can be clobbered. The Orioles reliever had thrown three straight elevated fastballs to Cincinnati Reds first baseman Brandon Drury, so ahead in the count, Bautista tried to change eye levels.

The splitter — which should’ve dipped beneath the zone — instead hung up for Drury. And with that one mistake in a 2-2 game, one of Baltimore’s best relievers was forced to turn and watch Cincinnati’s game-winning home run fly over the left field fence at Great American Ball Park.

Before that long ball, Bautista had allowed one homer in his previous 27 innings. The next was bound to come, but as he covered for an Orioles offense incapable of producing much, the margins left no room for error. Drury rounded the bases, Baltimore went down in the ninth and the Reds took a series victory with a 3-2 win Sunday.

Half an inning earlier, a comeback seemed nearly inevitable. That’s what the Orioles (51-51) have done so frequently this season, with 23 come-from-behind wins on their ledger. Anthony Santander tied the game at 2 with a long blast to right field in the eighth inning, but the bullpen cracked, allowing three runs after a strong five innings from starter Austin Voth without much offensive support.

With the loss, Baltimore dropped a series against a club that dealt its best pitcher to Seattle and is 21 games under .500. With the trade deadline approaching on Tuesday, the Orioles have a more complicated decision ahead of them. They could conceivably still push for a wild-card spot, but defeats to losing clubs don’t help that case.

One was a top prospect, another a midseason waiver claim. And yet when they met Sunday, there wasn’t anything separating Reds rookie left-hander Nick Lodolo and Voth.

They kept posting zeros on the board, managing more strikeouts than hits, and it resulted in the best outings of their seasons — if not careers. That’s especially the case for Lidolo, a 24-year-old who had made seven other major league starts. He carved through Baltimore’s order and weaved his way through infrequent trouble, punching out Ramón Urías with two runners on to end the sixth, for instance.

But the same can be said for Voth, who ran out of opportunities with the Washington Nationals, was designated for assignment and now finds himself part of a rotation in Baltimore that’s competing for a playoff spot.

The average exit velocity off Voth on Sunday was 80.1 mph, and he did most of his best work with his curveball. He induced four whiffs and drew six called strikes with that offering, throwing it over a third of the time. The 30-year-old completed five innings for the second time this season and allowed four hits without a walk along with six strikeouts — the first time Voth has pitched five scoreless innings since Aug. 8, 2020.

Before Voth joined Baltimore in June, the right-hander’s ERA had ballooned to 10.13. He had long been a spot starter or long reliever for the Nationals, but his career went sideways — then tipped over — when he allowed 21 earned runs in 18 2/3 innings for Washington this season. He soon found himself on waivers, then with the Orioles, then in the rotation. On Sunday, it was the bullpen that uncharacteristically bent, with two runs off right-hander Bryan Baker and another from Bautista. But Voth laid the groundwork.

The issue for the Orioles, of course, was how well Lodolo pitched. Before the game, Orioles manager Brandon Hyde described Lodolo as “junior Sale-ish,” referencing Boston Red Sox left-hander Chris Sale. His three-quarter arm slot delivery offers a unique angle for batters, and he drew 17 whiffs between his sinker, curveball and changeup.

Ranked as the Reds’ second-best prospect, according to Baseball America, Lodolo worked through six innings before the Orioles broke through. Ryan Mountcastle, who led off with a walk, came home on Cedric Mullins’ sacrifice fly. Santander’s blast momentarily tied things.

The offensive output has been too meager of late, though, to cover for a bullpen that finally was less than perfect — a level it has competed at for much of the season.

>> Mountcastle was back in the lineup Sunday after receiving a day off Saturday. Hyde said Mountcastle is dealing with “bumps and bruises” as well as his slump, entering Sunday with two hits in 31 at-bats across his previous eight games. Mountcastle reached on an infield single in the second inning, the kind of break he’s been looking for.

>> Left-hander DL Hall, the Orioles’ No. 3 prospect according to Baseball America, was scheduled to start Sunday for Triple-A Norfolk before a rainout pushed him back to next week.