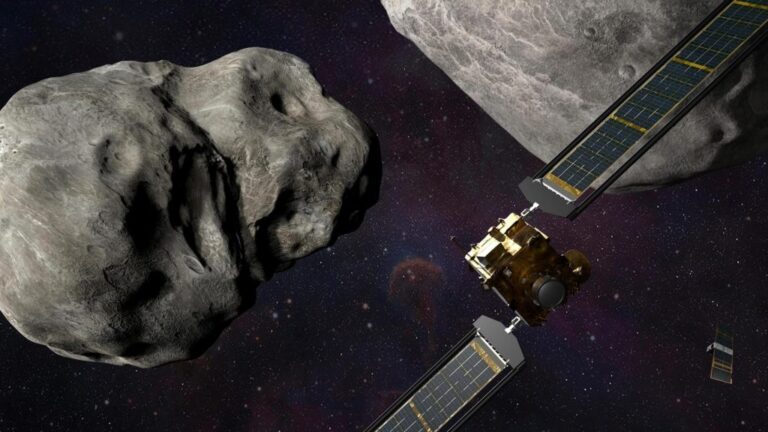 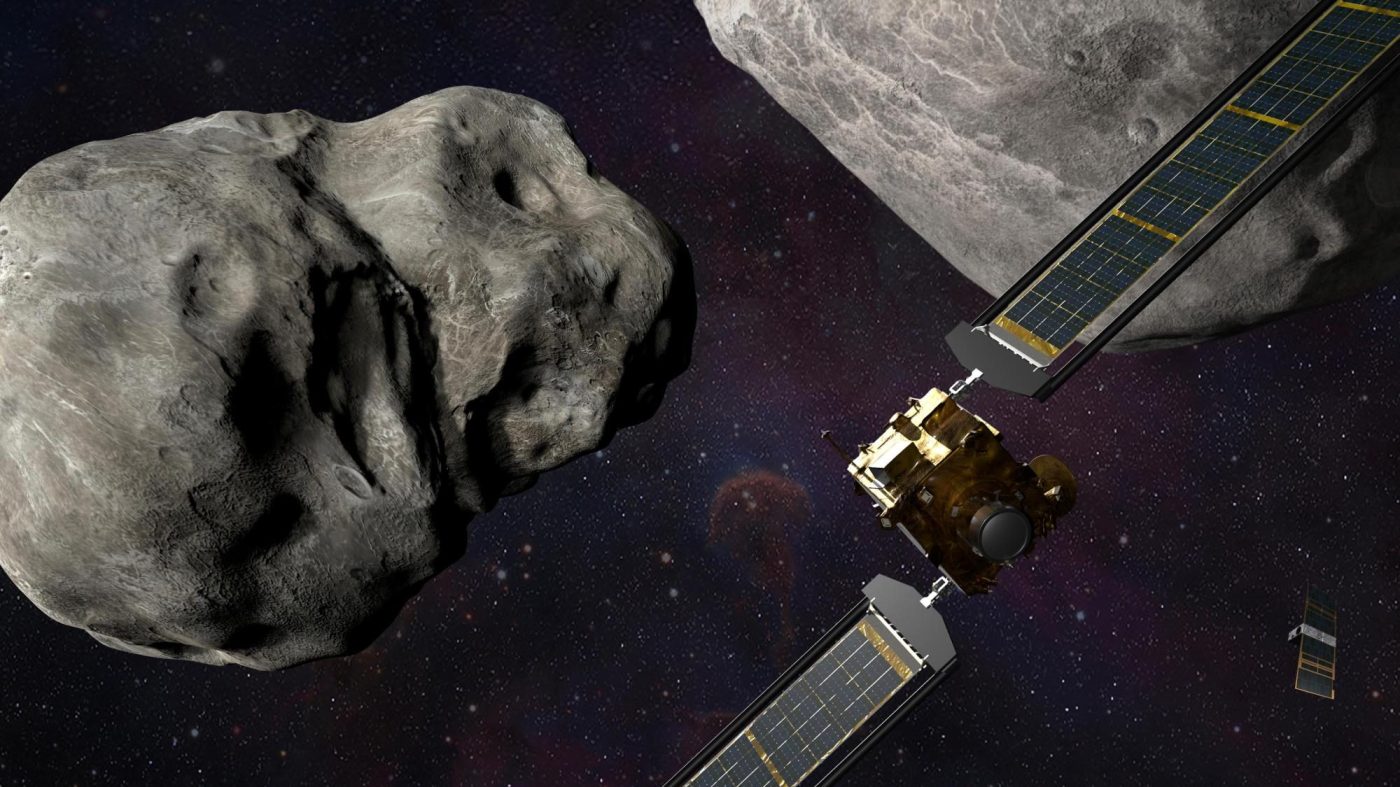 The galactic slam occurred at a harmless asteroid 7 million miles (9.6 million kilometers) away, with the spacecraft named Dart plowing into the space rock at 14,000 mph (22,500 kph). Scientists expected the impact to carve out a crater, hurl streams of rocks and dirt into space and, most importantly, alter the asteroid’s orbit.

“We have impact!” Mission Control’s Elena Adams announced, jumping up and down and thrusting her arms skyward.

Telescopes around the world and in space aimed at the same point in the sky to capture the spectacle. Though the impact was immediately obvious — Dart’s radio signal abruptly ceased — it will be days or even weeks to determine how much the asteroid’s path was changed.

“Now is when the science starts,” said NASA’s Lori Glaze, planetary science division director. “Now we’re going to see for real how efffective we were.”

The $325 million mission was the first attempt to shift the position of an asteroid or any other natural object in space.

“What an amazing thing. We’ve never had that capability before,” Glaze noted.

Earlier in the day, NASA Administrator Bill Nelson reminded people via Twitter that, “No, this is not a movie plot.” He added in a prerecorded video: ”We’ve all seen it on movies like ‘Armageddon,’ but the real-life stakes are high.”

Monday’s target: a 525-foot (160-meter) asteroid named Dimorphos. It’s actually a moonlet of Didymos, Greek for twin, a fast-spinning asteroid five times bigger that flung off the material that formed the junior partner.

The pair have been orbiting the sun for eons without threatening Earth, making them ideal save-the-world test candidates.

Dart’s on-board camera, a key part of this smart navigation system, caught sight of Dimorphos barely an hour before impact.

With an image beaming back to Earth every second, Adams and other ground controllers in Laurel, Maryland, watched with growing excitement as Dimorphos loomed larger and larger in the field of view alongside its bigger companion. Within minutes, Dimorphos was alone in the pictures; it looked like a giant gray lemon, but with boulders and rubble on the surface. The last image froze on the screen as the radio transmission ended.

Flight controllers cheered, hugged one another and exchanged high fives. Their mission complete, the Dart team went straight into celebration mode. There was no sorrow over the spacecraft’s demise. “It’s meeting its destiny,” said Betsy Congdon, Johns Hopkins’ mechanical lead.

A mini satellite followed a few minutes behind to take photos of the impact. The Italian Cubesat was released from Dart two weeks ago.

Scientists insisted Dart would not shatter Dimorphos. The spacecraft packed a scant 1,260 pounds (570 kilograms), compared with the asteroid’s 11 billion pounds (5 billion kilograms). But that should be plenty to shrink its 11-hour, 55-minute orbit around Didymos.

The impact should pare 10 minutes off that, but telescopes will need anywhere from a few days to nearly a month to verify the new orbit. The anticipated orbital shift of 1% might not sound like much, scientists noted. But they stressed it would amount to a significant change over years.

Planetary defense experts prefer nudging a threatening asteroid or comet out of the way, given enough lead time, rather than blowing it up and creating multiple pieces that could rain down on Earth. Multiple impactors might be needed for big space rocks or a combination of impactors and so-called gravity tractors, not-yet-invented devices that would use their own gravity to pull an asteroid into a safer orbit.

“The dinosaurs didn’t have a space program to help them know what was coming, but we do,” NASA’s senior climate adviser Katherine Calvin said, referring to the mass extinction 66 million years ago believed to have been caused by a major asteroid impact, volcanic eruptions or both.

The non-profit B612 Foundation, dedicated to protecting Earth from asteroid strikes, has been pushing for impact tests like Dart since its founding by astronauts and physicists 20 years ago. Monday’s feat aside, the world must do a better job of identifying the countless space rocks lurking out there, warned the foundation’s executive director, Ed Lu, a former astronaut.

Significantly less than half of the estimated 25,000 near-Earth objects in the deadly 460-foot (140-meter) range have been discovered, according to NASA. And fewer than 1% of the millions of smaller asteroids, capable of widespread injuries, are known.

Finding and tracking asteroids, “That’s still the name of the game here. That’s the thing that has to happen in order to protect the Earth,” he said.

The Associated Press Health and Science Department receives support from the Howard Hughes Medical Institute’s Department of Science Education. The AP is solely responsible for all content.