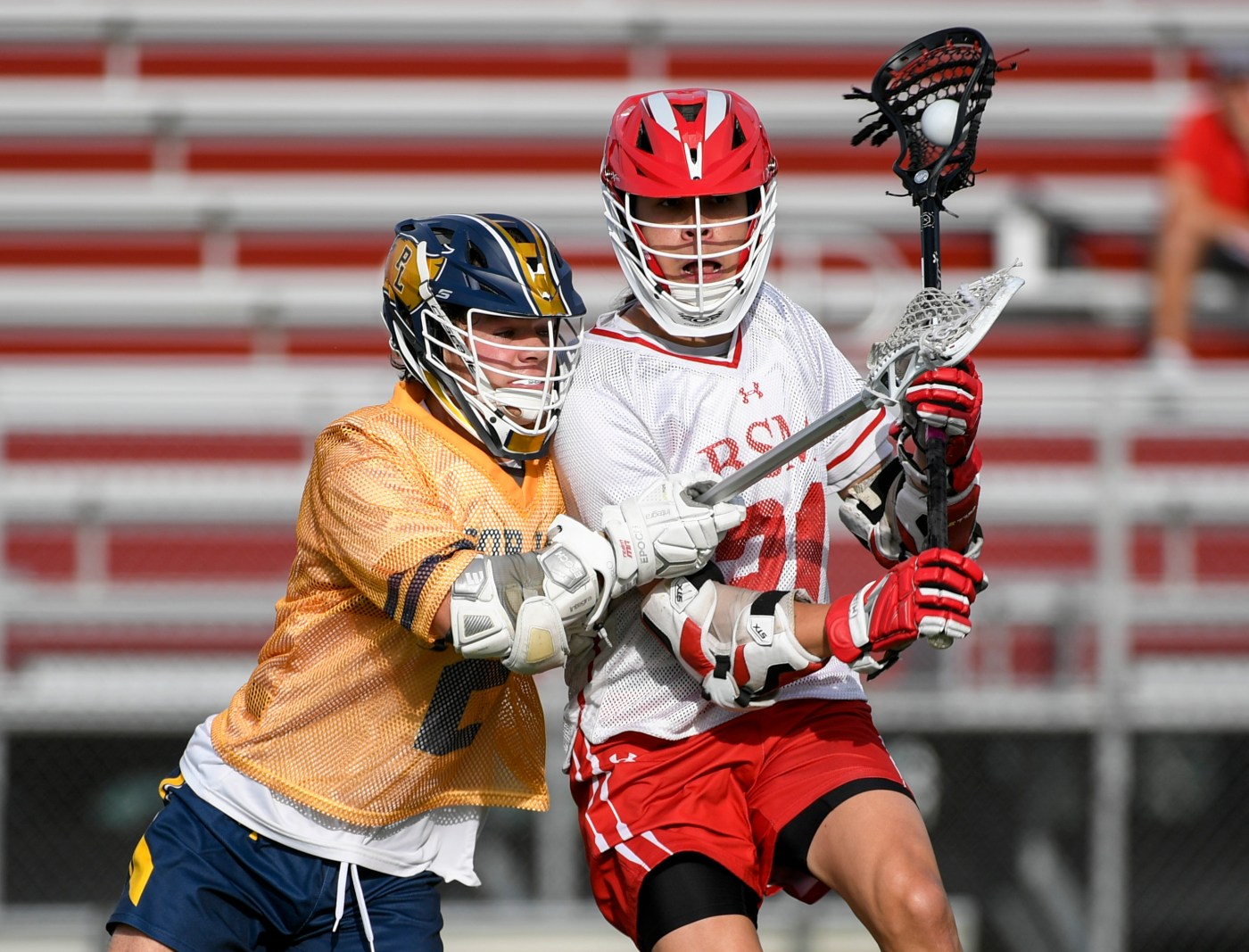 This time, the Red Knights took the honors.

Meeting for the fourth consecutive title game, top-seeded Benilde-St. Margaret’s emerged with a 10-9 overtime victory to claim its second straight title and complete a dream undefeated season — just one day after the school’s baseball team claimed a Class 3A state crown.

Mitch Dokman sprinted the length of the field in transition to score the game winner in the extra session to cap the dramatic duel.

Benilde-St. Margaret’s (19-0) also beat Prior Lake 9-8 in the regular season. The Lakers were the only team to stay within a couple goals of the Red Knights all season, and they did it twice.

Saturday’s contest featured one top-tier save after another, as Prior Lake’s Ryan Vitters and Benilde-St. Margaret’s Justin Dalum were magnificent in net.

Prior Lake pushed Benilde-St. Margaret’s again Saturday. Every time the Red Knights opened a sizable advantage, the third-seeded Lakers had a response.

Benilde-St. Margaret’s went up 3-0 in the first frame, then Prior Lake (16-3) had the next two tallies. After a furious final 15 seconds of the half in which both teams scored — Prior Lake with 12 seconds left on a score from Cooper Busch, then the Red Knights eight seconds later on a Gus Bell goal — the Red Knights led 6-3 at the break.

But a strike from Jack Tocko trimmed the Prior Lake deficit down to 7-6 in the third. Midway through the final quarter, the Lakers tied the game on a goal from Eric Dueffert.

They went back and forth from there, exchanging goals in the same way heavyweight champs go blow for blow in title bouts.

It was nearly impossible to create separation Saturday, as is always the case between these two lacrosse titans.