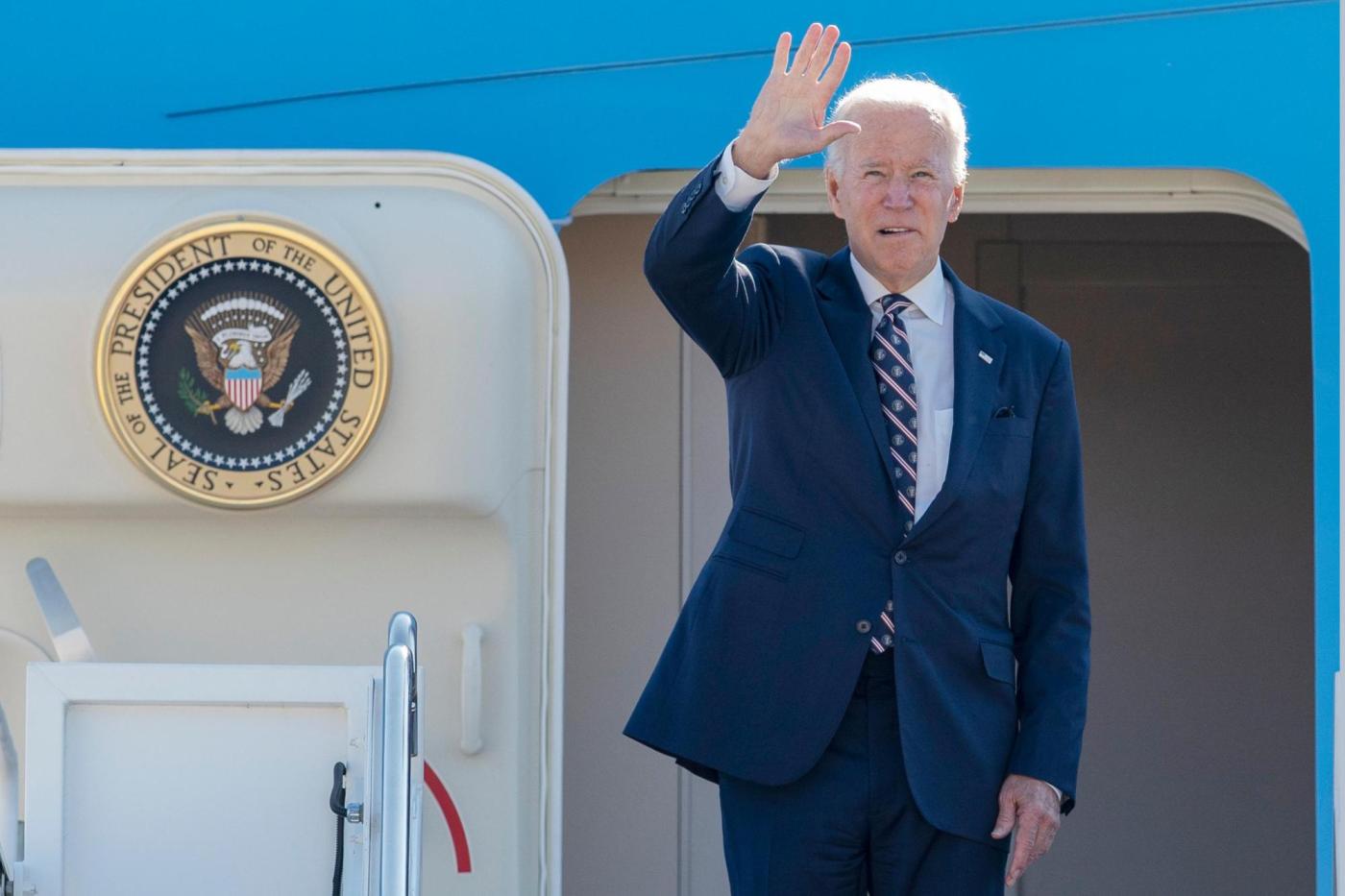 BOSTON (AP) — President Joe Biden on Monday urged Americans to come together for a new “national purpose” — his administration’s effort to end cancer “as we know it.”

At the John F. Kennedy Presidential Library and Museum, Biden channeled JFK’s famed moonshot speech 60 years ago, likening the space race to his own effort and hoping it, too, would galvanize Americans.

“He established a national purpose that could rally the American people and a common cause,” Biden said of Kennedy’s space effort, adding that “we can usher in the same unwillingness to postpone.”

Biden hopes to move the U.S. closer to the goal he set in February of cutting U.S. cancer fatalities by 50% over the next 25 years and dramatically improving the lives of caregivers and those suffering from cancer. Experts say the objective is attainable — with adequate investments.

The president called his goal of developing treatments and therapeutics for cancers “bold, ambitious, and I might add, completely doable.”

In his speech, Biden called on the private sector to make drugs more affordable, and data more regularly available. He ticked off medical advancements possible with focused research, funding and data.

And he spoke of a new federally backed study that seeks evidence for using blood tests to screen against multiple cancers — a potential game-changer in diagnostic testing to dramatically improve early detection of cancers.

Danielle Carnival, the White House coordinator for the effort, told The Associated Press that the administration sees huge potential in the commencement of the blood diagnostic study on identifying cancers.

“One of the most promising technologies has been the development of blood tests that offer the promise of detecting multiple cancers in a single blood test and really imagining the impact that could have on our ability to detect cancer early and in a more equitable way,” Carnival said. “We think the best way to get us to the place where those are realized is to really test out the technologies we have today and see what works and what really has an impact on extending lives.”

In 2022, the American Cancer Society estimates, 1.9 million new cancer cases will be diagnosed and 609,360 people will die of cancer diseases. The Centers for Disease Control and Prevention rank cancer as the second-highest killer of people in the U.S. after heart disease.

The issue is personal to Biden, who lost his adult son Beau in 2015 to brain cancer. After Beau’s death, Congress passed the 21st Century Cures Act, which dedicated $1.8 billion over seven years for cancer research and was signed into law in 2016 by President Barack Obama.

Obama designated Biden, then vice president, to run “mission control” on directing the cancer funds as a recognition of Biden’s grief as a parent and desire to do something about it. Biden wrote in his memoir “Promise Me, Dad” that he chose not to run for president in 2016 primarily because of Beau’s death.

Despite Biden’s attempts to hark back to Kennedy and his space program, the current initiative lacks that same level of budgetary support. The Apollo program garnered massive public investment — more than $20 billion, or more than $220 billion in 2022 dollars adjusted for inflation. Biden’s effort is far more modest and reliant on private sector investment.

On Monday, Biden announced Dr. Renee Wegrzyn as the inaugural director of ARPA-H, which has been given the task of studying treatments and potential cures for cancers, Alzheimer’s, diabetes and other diseases. He also announced a new National Cancer Institute scholars’ program to provide funding to early-career scientists studying treatments and cures for cancer, with a focus on underrepresented groups and those from diverse backgrounds.

The president was joined by Caroline Kennedy, the daughter of JFK who is now the U.S. ambassador to Australia. And he was expected to speak later in the day at a fundraiser for the Democratic National Committee.

Experts agree it’s far too early to say whether these new blood tests for finding cancer in healthy people will have any effect on cancer deaths. There have been no studies to show they reduce the risk of dying from cancer. Still, they say setting an ambitious goal is important.

Carnival said the National Cancer Institute study was designed so that any promising diagnostic results could be swiftly put into widespread practice while the longer-term study — expected to last up to a decade — progresses. She said the goal was to move closer to a future where cancers could be detected through routine bloodwork, potentially reducing the need for more invasive and burdensome procedures like colonoscopies, and therefore saving lives.

Scientists now understand that cancer is not a single disease, but hundreds of diseases that respond differently to different treatments. Some cancers have biomarkers that can be targeted by existing drugs that will slow a tumor’s growth. Many more targets await discovery.

“How do we learn what therapies are effective in which subtypes of disease? That to me is oceanic,” said Donald A. Berry, a biostatistician at the University of Texas M.D. Anderson Cancer Center. “The possibilities are enormous. The challenges are enormous.”

Despite the challenges, he’s optimistic about cutting the cancer death rate in half over the next 25 years.

“We can get to that 50% goal by slowing the disease sufficiently across the various cancers without curing anybody,” Berry said. “If I were to bet on whether we will achieve this 50% reduction, I would bet yes.”

Even without new breakthroughs, progress can be made by making care more equitable, said Dr. Crystal Denlinger, chief scientific officer for the National Comprehensive Cancer Network, a group of elite cancer centers.

And any effort to reduce the cancer death rate will need to focus on the biggest cancer killer, which is lung cancer. Mostly attributable to smoking, lung cancer now causes more cancer deaths than any other cancer. Of the 1,670 daily cancer deaths in the United States, more than 350 are from lung cancer.

Lung cancer screening is helping. The American Cancer Society says such screening helped drive down the cancer death rate 32% from its peak in 1991 to 2019, the most recent year for which numbers are available.

But only 5% of eligible patients are being screened for lung cancer.

In his speech, Biden highlighted provisions in the Democrats’ healthcare and climate change bill that the administration believes will lower out-of-pocket drug prices for some widely used cancer treatments. And he celebrated new guarantees for veterans exposed to toxic burn pits, that cover their potential cancer diagnoses.

Dr. Michael Hassett of Dana-Farber Cancer Institute in Boston, said Biden’s goal to reduce cancer deaths could be met by following two parallel paths: one of discovery and the other making sure as many people as possible are reaping the advantages of existing therapies and preventive approaches.

“If we can address both aspects, both challenges, major advances are possible,” Hassett said.