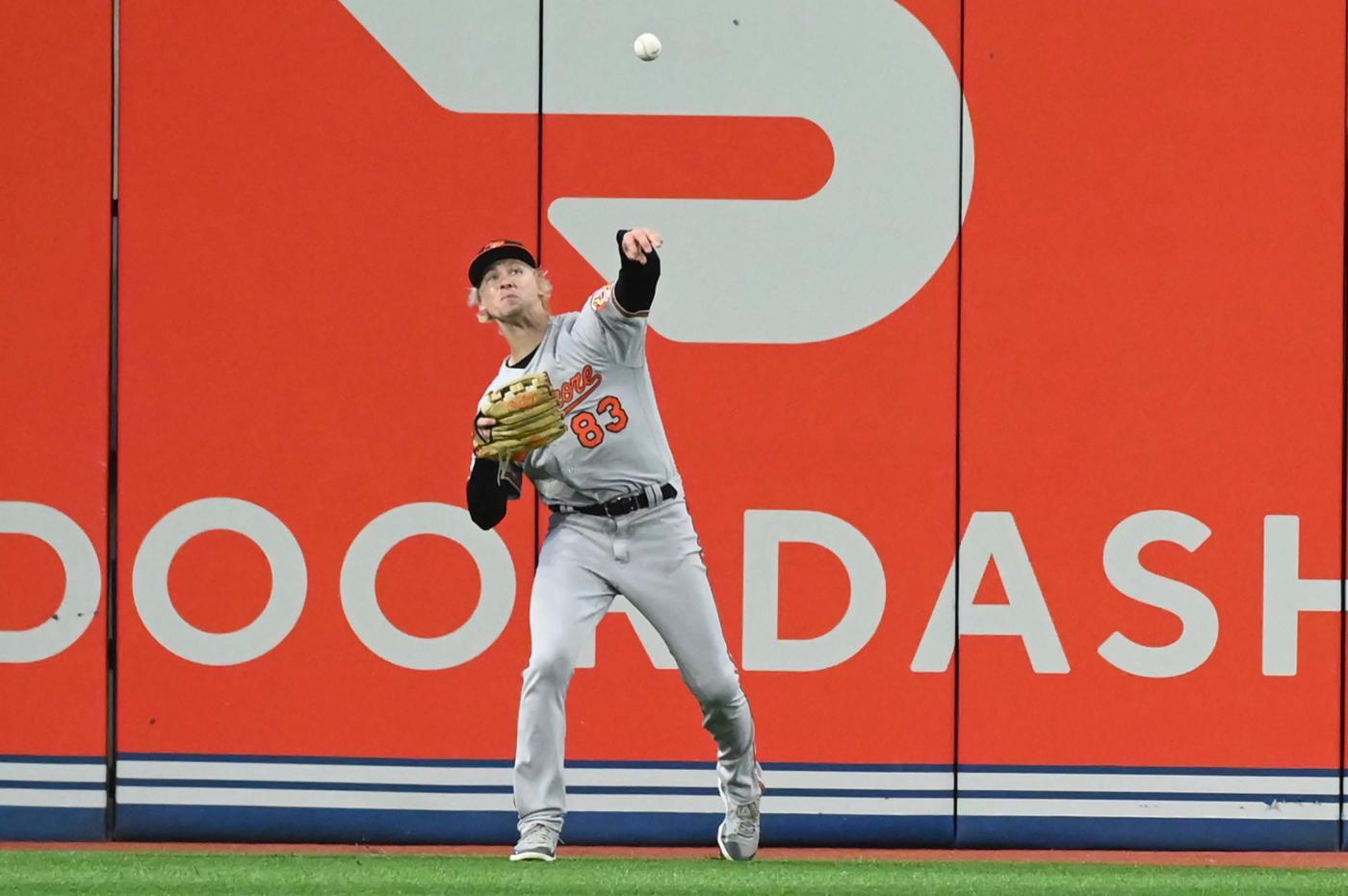 For several seconds Monday night, right-hander Logan Gillaspie remained hunched over on the edge of the mound, hands on his knees and two more runs on the board. He had entered in the fifth inning with two runners on and the game still close.

And when he left? The right-hander trudged to the dugout with five hits and four runs to his name in 1/3 of an inning, a disastrous outing that debilitated the Orioles’ chances against the Toronto Blue Jays at Rogers Centre. The 16th pitch of Gillaspie’s outing resulted in a two-run single for Raimel Tapia, sneaking through the middle to leave Gillaspie bent double. His 17th — and final — pitch was lashed into the right-field corner by Cavan Biggio for an RBI triple, prompting manager Brandon Hyde to exit the dugout to end the onslaught against his reliever.

The calamitous relief appearance derailed right-hander Kyle Bradish’s start, which hadn’t been strong but still left a glimmer of an opportunity for Baltimore. Instead, the Orioles suffered an 11-1 loss in the first contest of a four-game series against the Blue Jays, and it marked the second straight day the bullpen struggled.

On Sunday, the five earned runs the bullpen conceded were superseded by an offensive showcase, in which the Orioles erupted for 10 runs. But on Monday, Baltimore (26-36) managed one hit against right-handed starter Alek Manoah — a broken-bat single from Jorge Mateo in the third inning.

Manoah has blown through other lineups this season, too. The 24-year-old ended his outing with a sparkling 1.67 ERA, striking out seven for a second consecutive shutout performance. And while the Orioles broke through against Toronto’s bullpen to avoid the shutout, it was one rung up the lengthy ladder needed to climb out of the pit the pitching staff left the club in.

The advanced analytics on Bradish’s fastball show both extremes. His velocity and movement are among the best in the league, averaging around 95 mph with a high spin rate and cut to the pitch. The other side, however, exhibits the success so many players have had against it this year — entering Monday, opponents are hitting .367 off Bradish’s four-seamer, according to Statcast.

The issue at play isn’t so much the fastball, then, but how often batters know it’s coming. When Bradish falls behind in counts, he reverts to that pitch.

“It’s all about working ahead in the count with him,” Hyde said pregame.

And while Bradish avoided many first-pitch balls, a 3-0 count to catcher Alejandro Kirk caused trouble in the first inning. Bradish grooved a fastball across the plate, and Kirk sent it up the middle for the first run. Vladimir Guerrero Jr.’s RBI single in the third came off a first-pitch curveball that didn’t fool the slugging first baseman.

But the major damage began in the fifth inning, with Bradish giving up three runs and Gillaspie allowing another four. And right-hander Austin Voth, a recent waiver claim from the Washington Nationals, couldn’t close the door, allowing one more in the sixth to give the Blue Jays a double-digit tally.

In a game all-but decided by the time the fifth inning concluded, the opposite-field double from Kyle Stowers in the seventh won’t linger in the minds as a game-changing play. But it’ll stay in Stowers’ mind, as well as those of his parents and fiancée.

The first at-bat of the night for Stowers was an introduction to the big leagues: Three pitches, three strikes from Manoah. But by his third, Stowers displayed why the Orioles view him as a piece for the future. Stowers, ranked the No. 9 prospect in Baltimore’s pipeline, per Baseball America, scored catcher Adley Rutschman from first base with that double in the seventh, taking care of his first hit and RBI with one swing.

There were low moments throughout, but that knock — and the hustle single from Rutschman moments earlier — were a glimpse at the future.