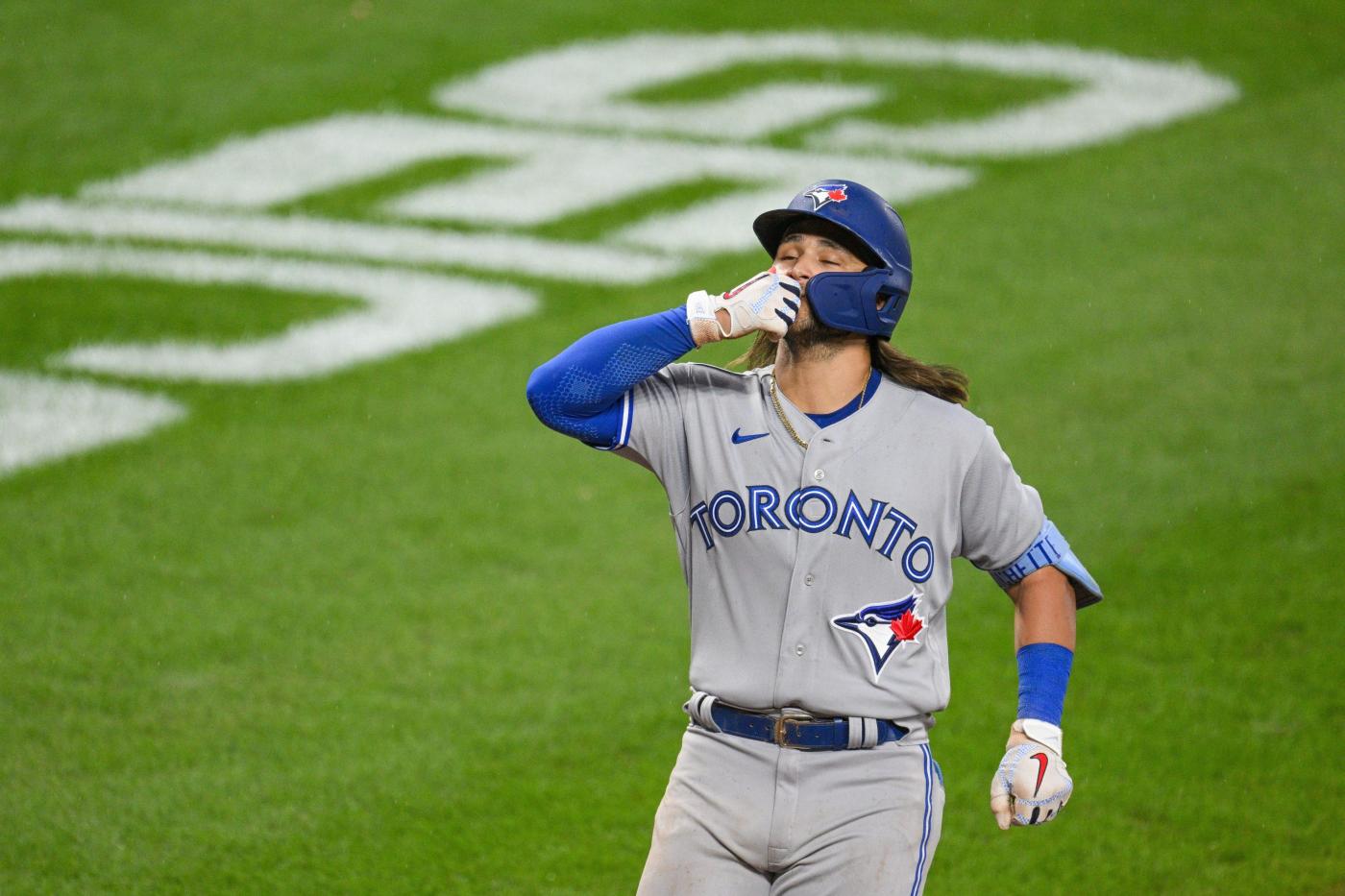 The Orioles’ race to the postseason likely runs through the Toronto Blue Jays. In that sense, Monday’s doubleheader against their American League East foe represented tripping out of the gate.

On the biggest day of not only this season but also the past four, the Orioles lost both of the day’s games at Camden Yards, with an unexpected bullpen game in the latter featuring three home runs from Toronto shortstop Bo Bichette in an 8-4 defeat.

The pair of losses left Baltimore (71-64) 4 1/2 games behind Toronto for the American League’s third wild-card spot with 27 games to play. Eight of those, including one each over the next two days, are against the Blue Jays.

Scheduled starter Jordan Lyles had been set to throw in the first game, only for an illness to prompt Baltimore to push him to the later game. He warmed up for it, only to still feel unwell and be scratched. Keegan Akin, a former starter who has found a home as a long reliever in the Orioles’ bullpen, started in his place and worked into the third inning before exiting with two on. With manager Brandon Hyde having used Bryan Baker and Joey Krehbiel in the earlier game, his only right-handed relief options were late-inning relievers Dillon Tate and Félix Bautista. Instead, Hyde brought in rookie left-hander Nick Vespi, the first time in two years he’s used a member of his bullpen three days in a row. Vespi served up the first of Bichette’s home runs.

The next two both came off left-hander Bruce Zimmermann, who covered the game’s last six innings after being called up between games. It marked the Ellicott City native’s first major league appearance since July 9 and second since June 15, when Toronto took him deep three times. The Blue Jays did so again Monday, with Cavan Biggio adding a solo shot to Bichette’s trio as Toronto built an 8-1 lead.

That lone Baltimore run came on Rougned Odor’s home run off José Berríos in the second, though Bichette’s first home run quickly erased that lead. The Orioles managed two more runs off Berríos in the seventh, with Cedric Mullins reaching on catcher’s interference with the bases loaded and Adley Rutschman following with a run-scoring fielder’s choice. Rutschman went deep in the ninth, finishing a triple shy of a cycle.

The doubleheader marked the first time the Orioles allowed at least seven runs in consecutive games since the contests that bookended the All-Star break. They have now lost three in a row for the first time since a four-game drought that covered the crossover of June and July; perhaps offering some solace, that stretch preceded the 10-game winning streak that first propelled Baltimore above .500.