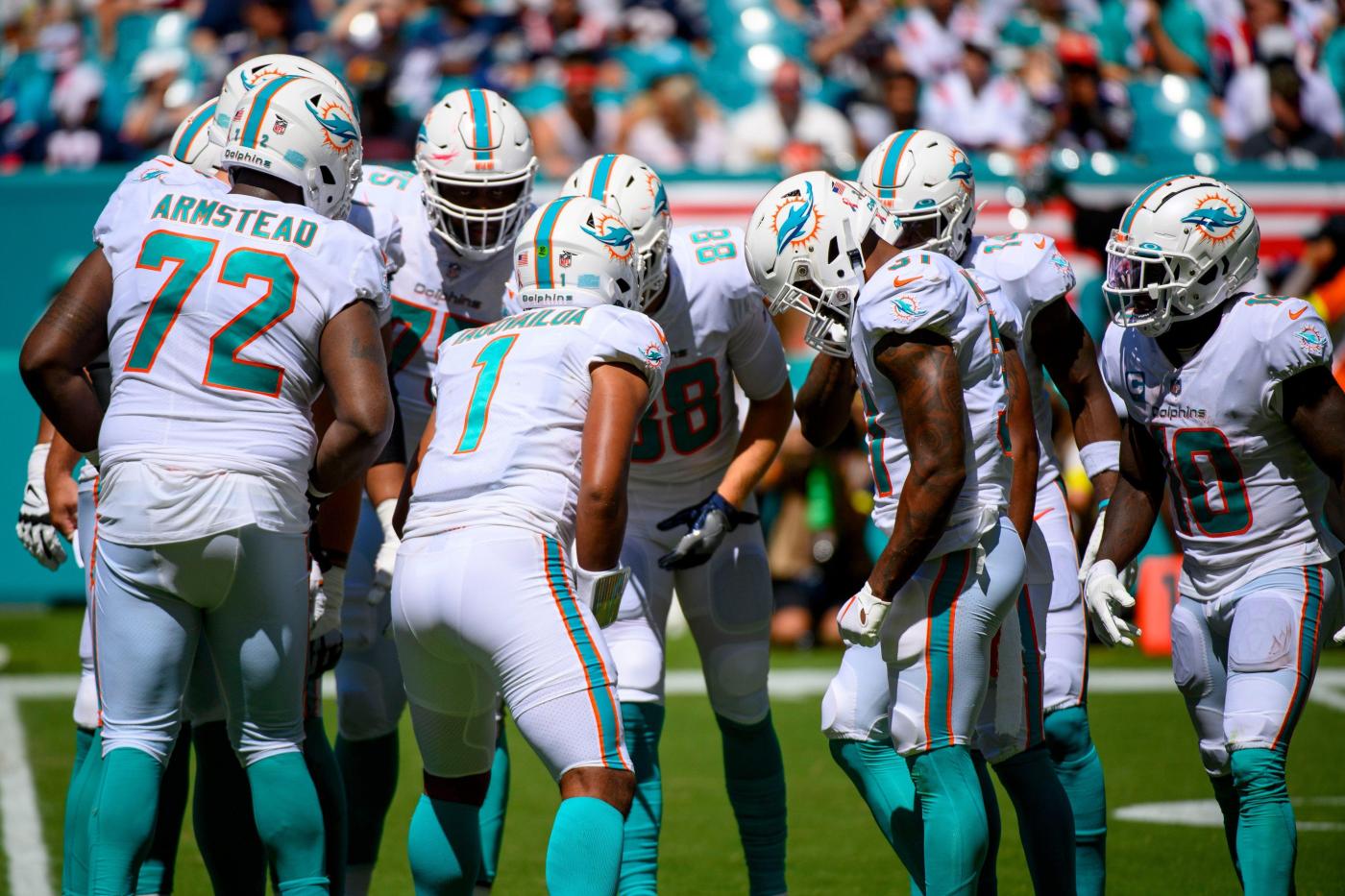 The Miami Dolphins could be preparing to be without both starting tackles in Sunday’s game against the Baltimore Ravens.

Neither left tackle Terron Armstead nor right tackle Austin Jackson participated in Miami’s Wednesday practice, where the team remained outside despite rain at the training facility in Miami Gardens.

Jackson left last Sunday’s 20-7 win over the New England Patriots with a right ankle injury in the second quarter and did not return. Dolphins coach Mike McDaniel said the team will be monitoring his ailment throughout the week and expanded on it ahead of Wednesday’s practice.

“It’s one of those things that you kind of have to take day by day,” McDaniel said. “There has been improvement. As far as how much improvement there will be by game, you have to ask his ankle. I don’t speak ankle.”

But McDaniel assured Jackson’s ankle was at least not broken.

“For sure, not broken,” he said. “Ankles are finicky, so they’re definitely case by case. I know he’s doing everything he can to get ready.”

Armstead left the Patriots’ game briefly with what was revealed on Wednesday to be a toe injury, according to the team’s injury report, but he was able to return. He ended up missing two plays, back on the field for the ensuing offensive drive. Armstead was scheduled for a veteran rest day anyway on Wednesday.

On average, Armstead, Miami’s prized free-agent acquisition on the line this offseason, has missed 5 1/2 games per year over his past six seasons with the New Orleans Saints. Nonetheless, he turned three of those into Pro Bowl campaigns (2018-2020).

“Terron, in his career, has been able to fight through injuries with the best of them,” McDaniel said. “They’re going to do their best, and we’ll make the best decision later in the week on who gives us the best chance to win, counting in all those issues with injuries and what it looks like.”

The Dolphins are reportedly expected to sign veteran tackle Brandon Shell to the practice squad, according to ESPN. Shell, 30, has started 61 games over the past six seasons for the Seattle Seahawks and New York Jets.

Dolphins backup tackle Greg Little was inserted when Jackson first left the game. Little also spent time on the sideline later, which caused the Dolphins to rotate Robert Hunt out to right tackle and insert Robert Jones at right guard. When Armstead went down later, Little was back, so Jones went in at left guard as Liam Eichenberg kicked out to left tackle.

“Injuries will always happen,” McDaniel said. “Sometimes, multiple to a position. As long as your coaching staff and players are prepared for contingency plans, we were even prepared contingency should another player have gone down.”

The team has Little, who did practice fully on Wednesday as he deals with an ankle injury, available to fill in at one tackle spot, as well as positional flexibility with guards Hunt and Eichenberg that was seen against New England. On the practice squad, Miami has tackles Larnel Coleman and Kion Smith, as well as offensive lineman James Empey.

“Really, just stay prepared like you’re starting,” said Little about being ready last Sunday when he was called upon. “You never know when that play comes because it comes fast. There’s really no time to think about it and process it.”

Added Jones: “We don’t know what’s going to happen this week. Staying positive for everyone. Whoever goes out there and plays, we know we’re going to be ready. We’re just prepared for anything.”

Other Dolphins to miss Wednesday’s practice were outside linebacker Melvin Ingram (veteran rest), tight end Cethan Carter (concussion protocol) and running back Salvon Ahmed (heel). Carter left Sunday’s game with a head injury sustained on a second-quarter kickoff, and Ahmed was inactive for the opener with the same heel injury.

McDaniel expressed that he’s hopeful safety Eric Rowe, who missed the game against the Patriots with a pectoral injury, can make progress toward playing against Baltimore, but he remained limited on Wednesday. The same goes for rookie tight end Tanner Conner (knee).