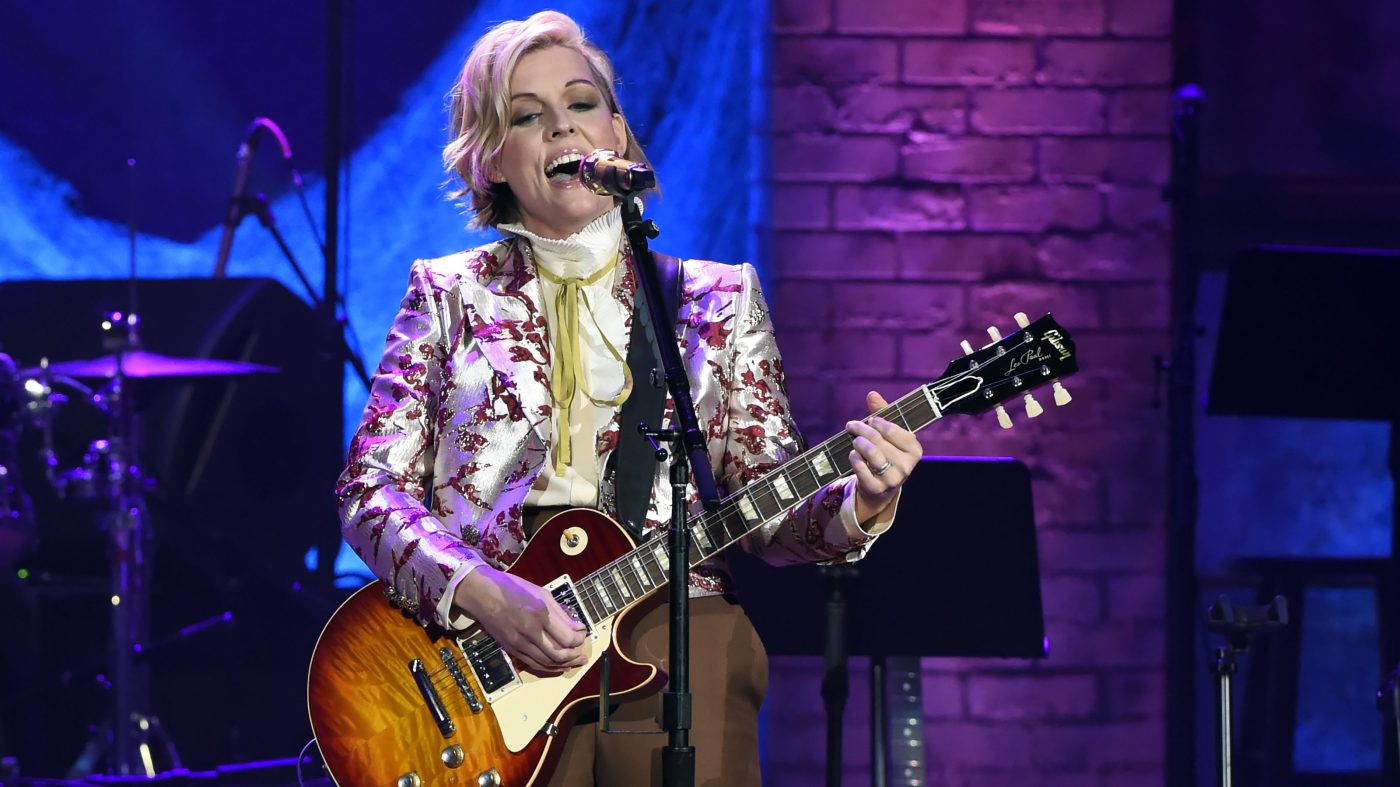 As a song once said, rock and roll dreams come true. On Saturday night, one evidently did — for Brandi Carlile.

Over a two-decade career, the Seattle-area singer-songwriter had made her way up from street busker to clubs to theaters to outdoor amphitheaters. And now she was playing a sold-out arena in St. Paul, in a state that stands as among the first in which she developed a following. So what did the most popular musician currently performing under the broad umbrella of “Americana” do? She unleashed her inner arena rocker.

Yes, Carlile has indulged some rocky inclinations on past visits, but the two-hour-plus, 21-song set she and her string-laden band presented Saturday was heavy on the thunderous bass, screaming guitar solos and particularly heartfelt howls from the high-energy frontwoman.

Clad in a white silk tux, Carlile proved as deeply engaging as ever. Performing for a full-to-the-rafters Xcel Energy Center, she clearly delighted the 14,500 in attendance, not only with the ebullient rockers, but with some very touching ballads cast aloft by her keening, country-flavored ascents into the vocal stratosphere.

For an artist who earned a Twin Cities following early in her career, the concert had the tone of a graduation party, with Carlile reminiscing about playing her first local gig at the long-gone 400 Bar (at Minneapolis’ one-time folk music nexus of Cedar and Riverside) and now basking in the adoration of a multi-generational crowd tapping into the adrenaline stream flowing forth from the stage.

Her 400 reflections came before “The Story,” a song she and her band probably played there. And it was but the first of several anthemic rockers with simple melodies ideal for full-house sing-alongs that were delivered with maximum urgency and explosiveness, the heart-filling pep talk of “The Joke” a standout.

But Carlile made her name with far more intimate fare, and she served a reminder of why she’s become the only artist from the folk-flavored Americana camp who can regularly place albums in the top 10 on the pop sales charts while collecting Grammys on an annual basis. She’s a disarmingly honest songwriter capable of creating hear-a-pin-drop moments with acoustic introspection like the very touching “The Mother” and the set-closing piano ballad, “Party of One.”

Even in the quietest moments, the crowd came to stand and sing. And a six-song encore offered ample opportunity to do so, as Carlile’s band was joined by opening acts Lake Street Dive (for Bonnie Raitt’s “Nick of Time”) and blues-rocking guitarist and singer Celisse. Both acts offered very enjoyable early-evening sets, Celisse gritty and soulful, Lake Street Dive breezy and bouncy.

During the encore, Carlile spoke of her experience of the prior Sunday, when she surprised a Newport Folk Festival audience by bringing out Joni Mitchell to join her for that legendary singer-songwriter’s first performance in 20 years, the gap primarily due to illness. A video of the performance has since gone viral on social media, with Mitchell singing a world-weary but tough as nails version of “Both Sides Now” that will likely go down as one of 2022’s most moving musical moments.

Like Mitchell, Carlile is something of a stylistic polymath, but very much rooted in the American folk tradition. While Saturday’s setting may have inspired the rockiest show she’ll perform this year, a final string-laden encore of “Stay Gentle” and “Over the Rainbow” reminded those in attendance that she’s still a folkie at heart, a relentlessly positive presence who lifted spirits with an impassioned performance.

Rob Hubbard can be reached at wordhub@yahoo.com.

An Eastern Cape father has been awarded damages of R240 000. The man was arrested…