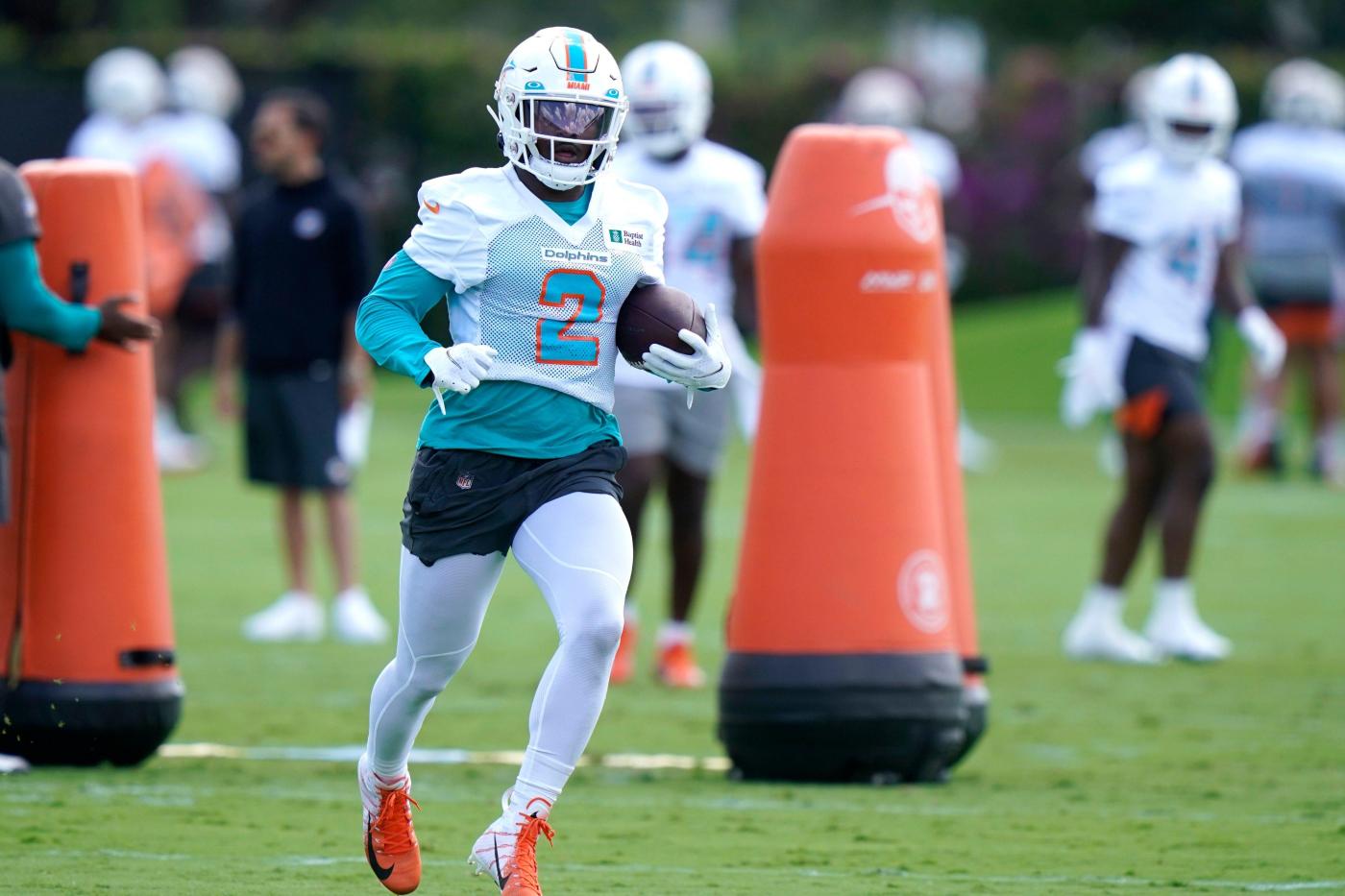 Our upbringing has a tremendous influence on who we become.

Certain philosophies and fundamental believes get etched into who we are, what we believe in, and what we do because of those early teachings.

Mike McDaniel’s NFL start was as a ball boy and then coaching intern for Mike Shanahan’s run-heavy West Coast offenses in Denver, during an era where the Broncos featured one of the most physical, and more importantly, effective rushing attacks in the league.

The emphasis Shanahan and his disciplines have typically put on the running game is a key ingredient of who McDaniel is as a coach, and the hope moving forward is that he delivers on his push to implement a wide-zone rushing attack because that’s exactly what the Dolphins need to balance out the offense, and alleviate the pressure placed on quarterback Tua Tagovailoa in his third season.

McDaniel served as San Francisco’s run-game coordinator from 2018-2020, and during that time the 49ers were fifth in the NFL in rushing, averaging 127.0 yards per game, despite having a different leading rusher in all three seasons.

If McDaniel and his run-game focus and wide-zone philosophies can replicate that kind of output this season, the Dolphins should be a force in the AFC if they can keep the roster healthy because establishing a physical and balanced offensive identity is a recipe for success in today’s NFL.

That’s why Miami signed Terron Armstead as a free agent, hoping the three-time Pro Bowler can replicate the impact he had for the New Orleans Saints offensive line, mimicking the type of play All Pro left tackle Trent Williams delivered for the 49ers.

The Dolphins also signed Connor Williams, a 51-game starter for the Dallas Cowboys, and he could move from guard to center with the hope his movement skills and the power he’s displayed the past four seasons can consistently open running lanes.

During the offseason program McDaniel said the Dolphins roster possessed the most athletic group of offensive linemen he’s ever coached during his career. Let’s hope that comment is more of a testimonial than a pep talk or wishful thinking because their success will be key for Miami’s offense.

“We are trying to make everybody defend the whole field. Guys are just trusting what the coaches are saying, putting [in] and we are trying to pick it up and we are just running off the ball,” said right guard Robert Hunt, who was the top performer on last year’s disappointing offensive line as Miami averaged a dismal 3.5 yards per carry and 92.2 rushing yards per game.

“We’re trying to make them defend the field. We’re running way out here, in here, so we got them guessing and it’s a beautiful thing. It’s the type of offense I ran in college. I respect it a lot. I love it.”

The purpose of running wide-zone variations is to use the horizontal momentum of defensive linemen against them by creating leverage and forcing cornerbacks and safeties who may not be accustomed to tackling to become active participants in the run game.

The horizontal movement of the defense, which is caused by the offensive line sprinting left or right in unison, often creates openings in the middle of the field, especially when defenses are forced to play single-high (one safety deep) or cover-zero (no deep safety, heavy blitz) coverages.

That’s where talented backs with good vision, sharp cut-back runners with good body balance and the ability to shed would-be tacklers come in. It explains why the Dolphins added three tailbacks — Chase Edmonds, Raheem Mostert and Sony Michel — with starter’s experience this offseason.

It’s too early to say which of Miami’s backs will handle the bulk of the carries, or tailback workload, but it is clear that the Dolphins backfield hasn’t been this deep since the 2016 season when Jay Ajayi led Miami’s last playoff team in rushing, accounting for 1,272 of the team’s 1,824 rushing yards.

“When it comes to wide-zone reads and stuff like that, you really have to just make your mark and that’s putting your foot in the ground and getting up field,” said Mostert, who averaged 5.7 yards per carry on the 284 attempts in his six seasons with the 49ers.

“With this offense, you definitely have to understand the blocking scheme and what the defensive front is and how the linebackers overplay the run and how do you counterbalance that.”

And for it to work the head coach, the offensive play-caller, has to be and stay committed to it.

That’s not a worry with this Dolphins coach because of how McDaniel was raised in the NFL, and what he’s shown he’s committed to.