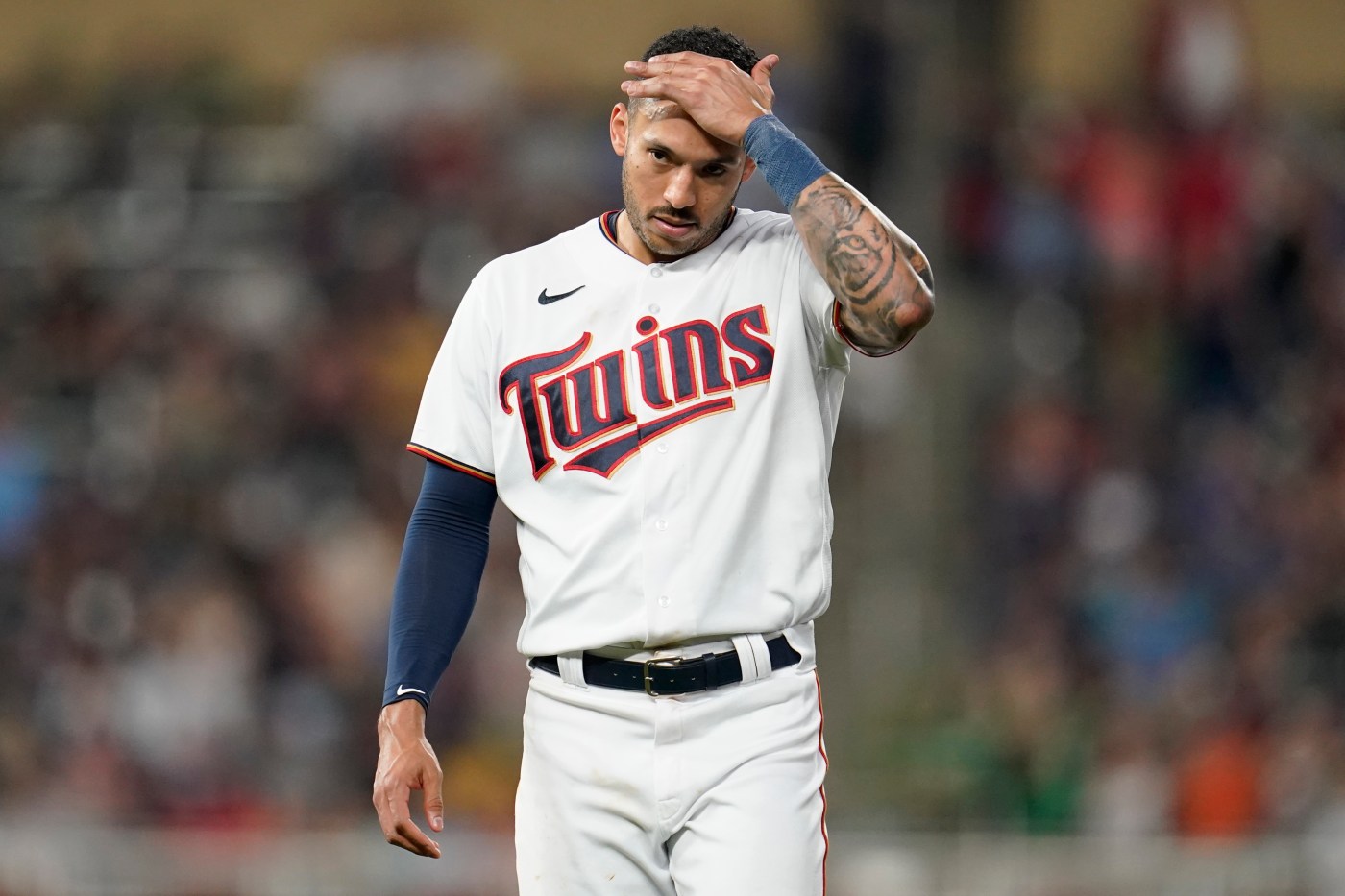 This is why the Twins signed Carlos Correa to the biggest contract in franchise history.

In the 10th, Nick Gordon sacrificed automatic runner Caleb Hamilton, pinch-running for Jose Miranda, to third with a bunt. Gio Urshela drew a walk from right-hander Dominic Leone (4-5), who then intentionally walked Kepler to load the bases for Gilberto Celestino.

Cave, a defensive replacement in the seventh, was 2 for 2 with an RBI, but Correa was the big bat on Saturday, finishing 4 for 5 with a walk and RBI. The shortstop’s lone out was a hard lineout to left field.

After his two-run, first-inning homer ignited a 9-0 victory over San Francisco on Friday – which ended a six-game losing skid – Correa ended the Twins 0-for-9 run with runners in scoring position on Saturday with a two-out, RBI single that kick-started the walkoff victory.

Max Kepler, who drew a walk off Carmillo Dovall to start the inning, scored on Correa’s single to make it 2-1. Jake Cave then singled in Luis Arraez, who had drawn a two-out walk, from third to tie it 2-2 in front of what was left of an announced crowd of 27,570 largely dispersed by a 51-minute rain delay.

The late heroics pulled them to within 3 ½ games of first-place Cleveland in the American League Central pending the Guardians’ late game at Seattle.

In the 10th, Correa negated the automatic runner by fielding Joey Bart’s bouncer and throwing to third baseman Gio Urshela, who tagged him out for the first out. Correa then forced Bart at second on a grounder.

Winner Jhoan Duran (2-3) then fanned Evan Longoria, who entered the game as a defensive replacement at third, to end the inning.

Before the delay, San Francisco starter Alex Cobb outdueled Minnesota’s Sonny Gray, barely, for five innings. Gray walked four but allowed only one run on one hit. He struck out four. Cobb allowed four hits and two walks but struck out seven.

Giants leadoff hitter Tommy La Stella drove in a run with a sacrifice fly in the fifth inning, and Austin Slater added a sacrifice fly off Trevor Megill in the ninth to make it 2-0.

The Twins squandered a golden opportunity to at least tie the game in the eighth.

Megill struck out the side in the eighth inning. Correa started the Twins’ half with a hard single that handcuffed third baseman Wilmer Flores, and Jave Cave broke an 0-for-21 skid with a single to right that sent Correa to third with no outs.

But Miranda popped out to short right field, and Gordon struck out swinging against reliever John Brebbia. Dovall then came in to face Urshela, who lined out to right field to end the inning.

Megill returned for the ninth inning and gave up singles to three of the first four batters he faced to load the bases. Slater then hit a one-out liner to center fielder Gilberto Celestino, who made the catch but started running in as if it were the third out. Wilmer Flores scored easily, and Thairo Estrada and Brandon Crawford moved to second and third before Megill got Luis Gonzalez to ground out to first.

Gray was cruising until the fifth inning. He walked leadoff batter Slater but picked him off first base before he hit No. 8 hitter Luis Gonzalez with a pitch. Gray still hadn’t allowed a hit, but Bart followed with a double to left, putting runners on second and third.

La Stella, the Giants’ leadoff hitter, then hit a line drive into center field that was caught by Celestino, but Gonzalez scored easily to a 1-0 lead. Gray retired LaMote Wade Jr. to end the inning and was replaced by left-hander Caleb Thielbar to start the sixth.

Second baseman Jorge Polanco left the game after the sixth inning with left patella tendinitis. He is day to day.