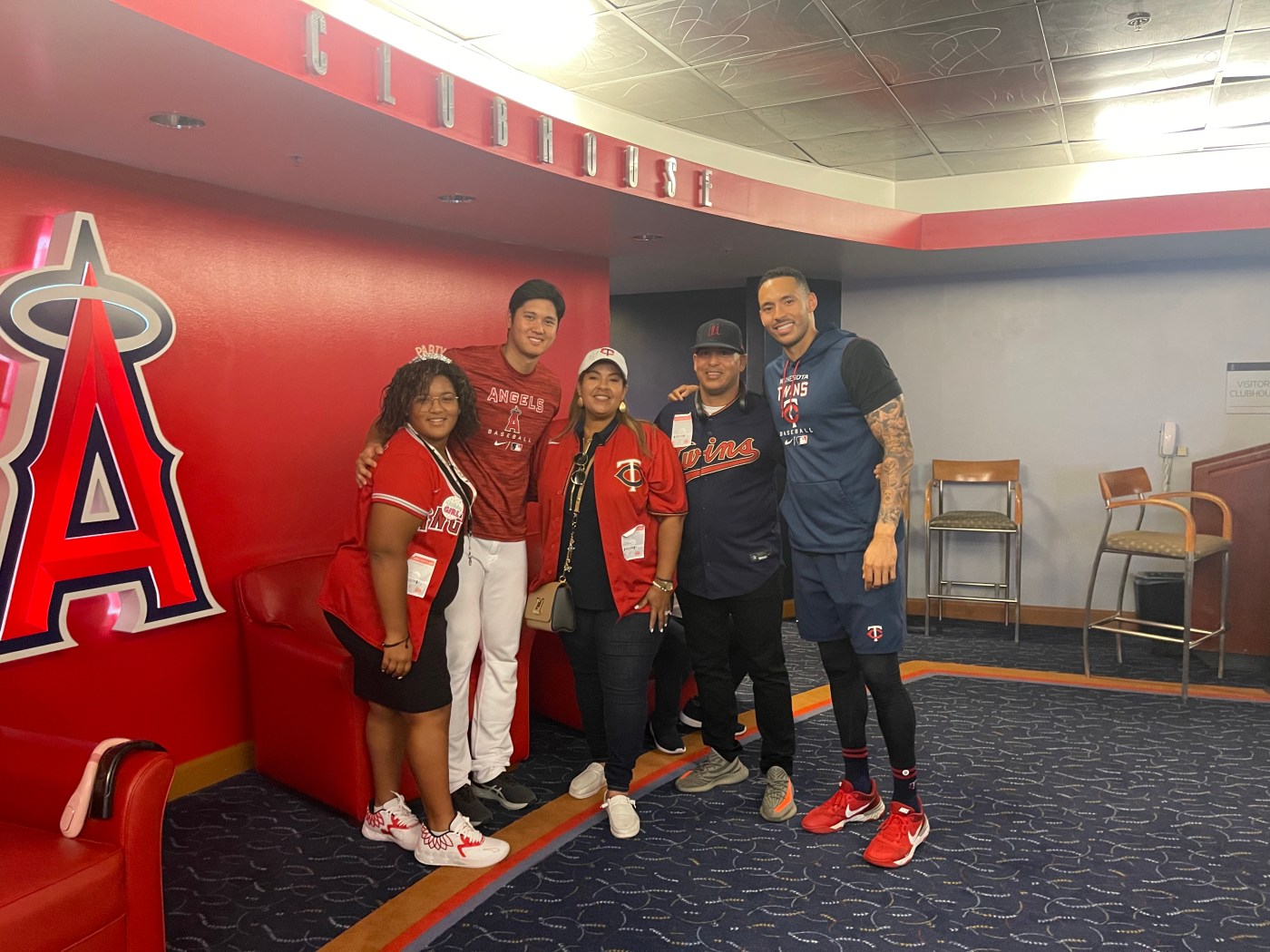 ANAHEIM, Calif. — Leibysand Correa’s wish for her 13th birthday was to meet her role model, the man who inspired her to pick up a new language, the one she considers her favorite baseball player — above her brother, one of the sport’s biggest stars.

That would be Angels two-way star Shohei Ohtani, and while the timing didn’t quite work out last year, Carlos Correa was able to help fulfill his sister’s birthday wish one year later. Leibysand Correa celebrated her 14th birthday on Saturday at Angel Stadium, meeting Ohtani before the game, during which both her brother and Ohtani homered.

“I feel like it was the perfect birthday for her,” the Twins shortstop said. “ … I’m sure she will remember this one for a long time and I’m very appreciative of Ohtani taking his time to take a picture with her because I know how busy he is, and I know everyone wants a piece of Ohtani. He’s the biggest superstar in this sport, so for him to go out of his way and give her a couple minutes of his time, to me that means the world.”

Ohtani emerged from the Angels’ clubhouse hours before Saturday’s game, meeting with Carlos, Leibysand and their parents, whose trip in Carlos covered. Ohtani signed her bright red Angels jersey and snapped some pictures with the family.

Leibysand, who Carlos said has been studying Japanese for three years, even spoke a couple sentences to Ohtani in his native language.

“I know she’s been working hard on her Japanese and it was a fun moment,” Correa said. “I was very happy with that. That made my heart very happy.”

Correa said his younger sister has developed an interest in East Asian culture over the recent years. She loves K-pop and often recruits him to do karaoke with her when he’s at home. When Ohtani broke into the league, “she was just in love with him.”

While her brother had a nice day at the plate on her birthday — he finished the day 2-for-2 with a home run, pointing up toward his family as he neared home plate, and reached base five times — Correa said there was no question whose home run his younger sister enjoyed more.

“She’s obsessed with him and that makes me very happy because he’s a great role model,” Correa said. “He’s a guy that obviously is making history every single night and he’s just a great role model to have, so for her to look up to a guy like him, it’s good.”

And while Leibysand was able to keep her composure around her role model, the emotions of a dream come true all came spilling out when he left. Correa said he suspected meeting Ohtani was probably “the best moment,” of 14-year-old Leibysand’s life.

“She was bawling,” Correa said of Leibysand after meeting Ohtani. “She flooded the hall with her tears.”