Chicago White Sox manager Tony La Russa defends decision to issue another intentional walk on a 1-2 count: ‘Did we get the guy out? Yeah, so it worked.’ 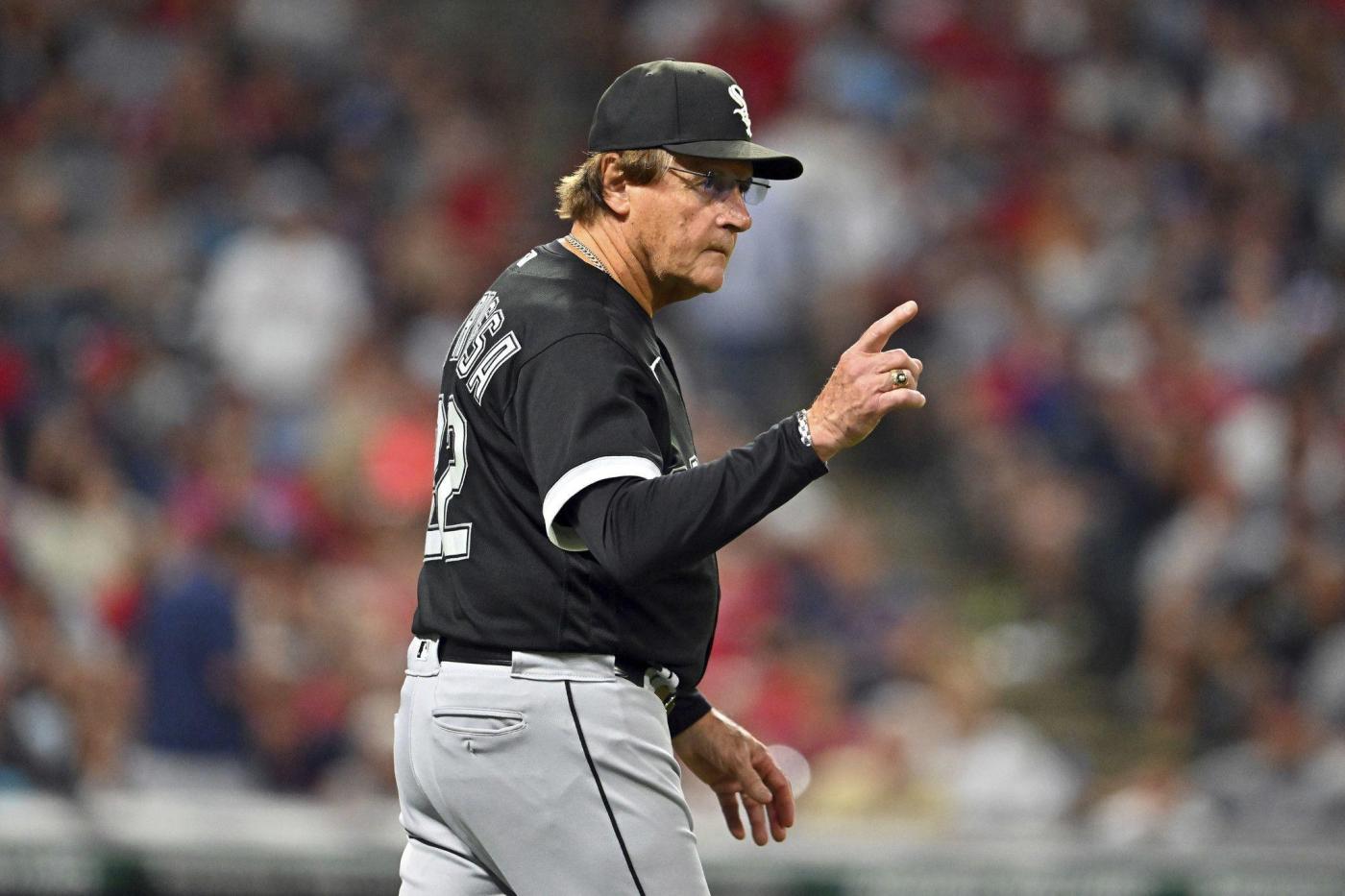 The Chicago White Sox were attempting to get out of a rough seventh inning Friday against the Cleveland Guardians.

The Guardians had scored four runs to take the lead and were looking to add on with runners on first and second with two outs.

Jake Diekman got Oscar Gonzalez to swing and miss on a 1-1 count. The runners took off on the pitch, and Josh Naylor successfully stole third while Andrés Giménez reached second safely.

On a 1-2 count, the Sox elected to have the left-handed Diekman intentionally walk the right-handed Gonzalez.

If that scenario sounds familiar for the Sox, it’s because the Sox called for an intentional walk on a 1-2 count earlier this season against the Los Angeles Dodgers, setting up a lefty-lefty matchup.

In that situation, Max Muncy followed with a three-run homer against Bennett Sousa.

On Friday, the Guardians had the right-handed-hitting Owen Miller hit for the lefty Nolan Jones. The Sox countered, replacing Diekman with right-hander Jimmy Lambert.

Miller lined out to right to end the inning. But the discussion online about the decision was just starting and continued well after the series-opening 5-2 loss.

“Diekman had already been out there for a while,” La Russa said when asked about the walk after the game. “If (the Guardians) left the hitter in, he would have faced him. We’re still in the game, it’s only three runs. When they pinch hit, then you’ve got Lambert.

“We’ve been through this before. The most ridiculous thing in this season has been the (conversation about the) 1-2 (intentional) walk. I mean that’s the most ridiculous. … If he leaves the left-hander in, not going to face Gonzalez. He’s hitting .300.”

Gonzalez entered Friday with a .306 average in 47 games. He went 0-for-3 with the walk Friday.

La Russa said those instances come down to “the best matchup.”

“You try to figure out, OK, if we have to get this out, what is the best matchup for us?” La Russa said before Saturday’s game against the Guardians. “To me, it’s getting that one guy, and if he pinch hits for the other guy, we have the right-hander ready.

“That’s why, I bring it up over and over again, between now and however long, talk to 100 baseball guys, (the Trea) Turner (at-bat), that’s not even close.”

In the June 9 game against the Dodgers, the Sox trailed by two with two outs in the sixth when Sousa threw a wild pitch, allowing Freddie Freeman to take second base.

The ball made the count 1-2 as Sousa faced the right-handed-hitting Turner. The Sox intentionally walked him, and Muncy hit a three-run homer to left.

After the 11-9 loss, La Russa said: “Turner with a strike left against a left-hander is something you avoid if you can, and we had an open base and Muncy being the guy behind him, and that’s a better matchup. If somebody disagrees, that’s the beauty of this game. Welcomed to it. But that wasn’t a tough call.”

The move became a topic of national discussion.

The next day, La Russa said: “I just chalk that one up to, that’s taking the outcome too far. Because the reasoning was, there’s no way. I didn’t even hesitate. Saw the ball was going back (to Sousa after the wild pitch), ‘Hey, four (calling for the intentional walk).’ And if I’m wrong, I’m wrong. I don’t think so on that one.”

He added Saturday: “Part of it is the fact that he’s got a better chance to make a pitch and get Muncy out and Turner is what Turner is.

“You look at who’s the guy in the lineup, is there a chance to avoid. In that instance, when the guy gets to second base, it’s Turner against left-handed pitcher, it might even be a right-handed pitcher.”

“When they stole the base, there’s an open base,” La Russa said Friday. “So it’s put him on. So it worked, right? Did we get the guy out? Yeah, so it worked.”

Left fielder Eloy Jiménez exited in the eighth inning Friday after twisting his right knee on a swinging strike. He was cleared to play Saturday.

“I tried to over swing on that one,” Jiménez said Saturday. “(Saturday) morning when I woke up, I felt a little bit sore, but when I came here and did treatment, it was good.”

Center fielder Luis Robert also received the OK to return to action after missing seven games with a sprained left wrist suffered while sliding into second base on a stolen-base attempt Aug. 12 against the Detroit Tigers.