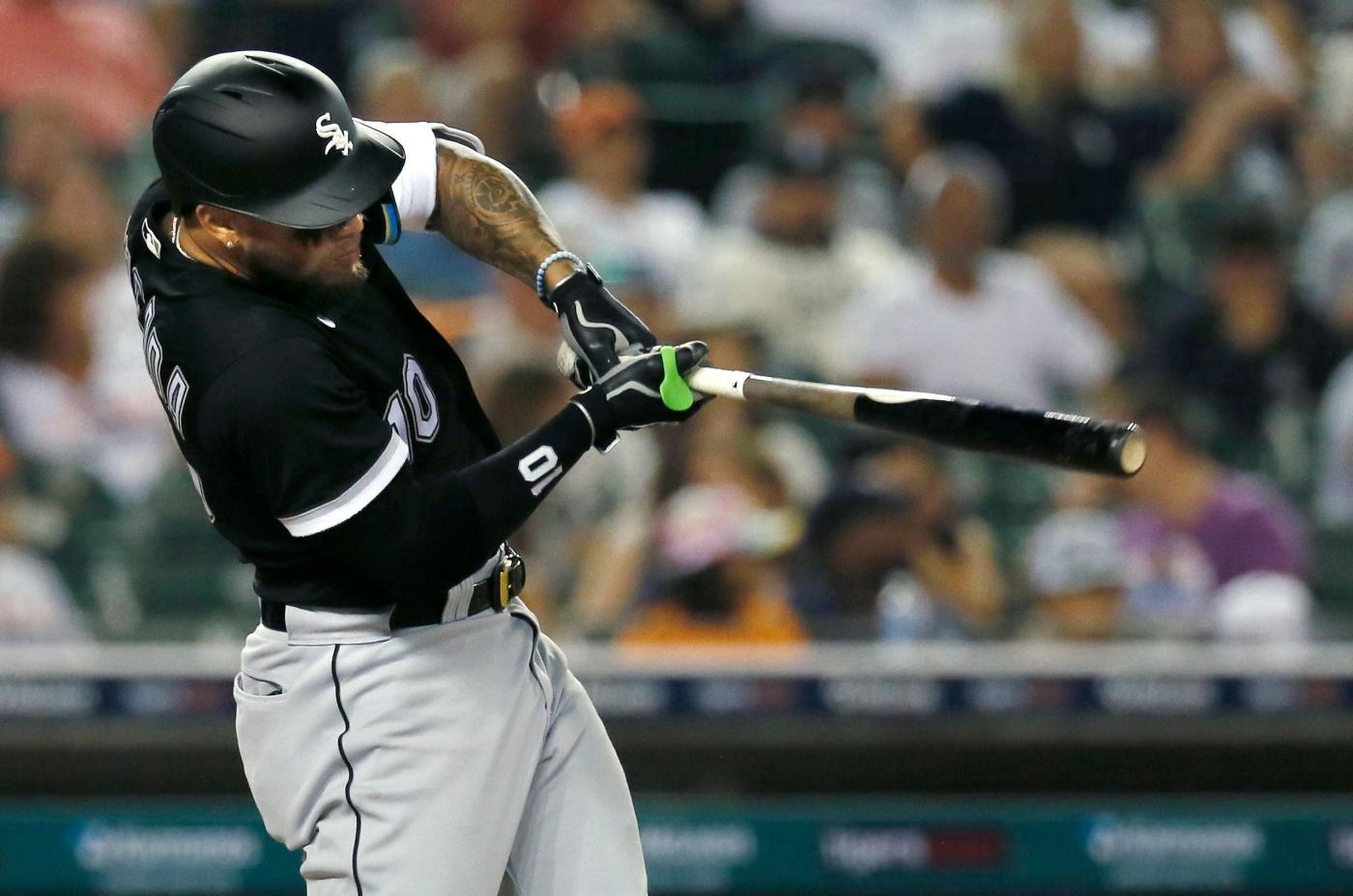 The Chicago White Sox and Detroit Tigers were tied at 2 in extra innings at Comerica Park.

If that all sounds familiar, that’s because Saturday situation was similar to the one the teams found themselves in Friday.

This time, though, the Sox escaped a 10th-inning jam and executed offensively in the 11th to beat the Tigers 4-3 in front of 17,579 at Comerica Park.

Yoán Moncada put the Sox ahead, breaking the tie with a single to left that brought home Seby Zavala. Eloy Jiménez hit a sacrifice fly later in the inning to extend the lead.

That turned out to be a big insurance run. The Tigers scored once in the bottom of the 11th before Aaron Bummer got Spencer Torkelson to line out to center fielder Luis Robert with the tying run on first as the Sox won for the seventh time in 10 games.

“In the 11th, we made adjustments that we needed to do in order to score runs,” Moncada said through an interpreter. “We were fortunate enough that the adjustments paid off.”

The Sox are four games behind the American League Central-leading Cleveland Guardians, who won Game 1 of their doubleheader against the Minnesota Twins. The teams were tied in the 14th inning of the nightcap in Cleveland.

Davis Martin gave the Sox a chance for the win, allowing one run on three hits with five strikeouts and a walk in six innings.

“We just tried to attack the zone with multiple pitches,” Martin said. “Kind of keep them off-balanced. (Catcher Yasmani Grandal) did a great job calling the game. Didn’t have to shake very often because we were pretty much on the same page all night.”

Martin was recalled from Triple-A Charlotte on Saturday after the Sox placed Michael Kopech on the 15-day injured list with right shoulder inflammation. Martin became Saturday’s starter instead of Johnny Cueto, whom Cairo said was under the weather.

“Excellent job,” Cairo said of Martin’s start. “We really needed (it Saturday), and taking that spot for Cueto, that was big.”

The run Martin allowed came in the sixth when Victor Reyes’ liner went just out of the reach of first baseman José Abreu, landing for an RBI single.

The Sox responded in the seventh. Tigers starter Eduardo Rodriguez hit Eloy Jiménez with a pitch and issued walks to Andrew Vaughn and Grandal.

Reliever Jason Foley entered with AJ Pollock up and the bases loaded. Pollock hit the second pitch up the middle for the two-run single to give the Sox a 2-1 lead.

The Tigers tied the game in the eighth.

Akil Baddoo drew a one-out walk and stole second base. Riley Greene hit a grounder between shortstop and third. Elvis Andrus made a diving stop in the outfield grass, and Baddoo kept running and scored the tying run from second when Andrus’ throw was wide to the plate.

“He thought he was going to stop and he didn’t stop and it happens,” Cairo said. “He made an excellent play right there. He saved the ball. It happens.”

Neither team threatened in the ninth. And in the 10th, the Sox failed to advance the runner past second base.

The Tigers had a runner on third with one out in the 10th, but Liam Hendriks got Tucker Barnhart to fly out to shallow center and then struck out Baddoo.

“He’s a gamer, he’s unbelievable,” Cairo said. “A guy like that that wants the ball and wants to get the out. He did it (Saturday).”

Andrus led off the 11th, and Cairo gave him options with the runner on second.

“I’m going to be aggressive,” Cairo said. “I told him the first pitch is yours and after that, if you want to bunt, bunt. He decided to bunt and it worked out.”

Andrus reached safely on the bunt while moving Zavala to third. Moncada followed with the single to left against Gregory Soto.

Andrus and Moncada pulled off a double steal, moving up to third and second.

“(Andrus is) a smart player, very smart player, and he knows when to go and when not to go,” Cairo said. “He decided to go there and it was good.”

Andrus scored on Jiménez’s sacrifice fly to right. The Tigers got a run in the bottom of the 11th, but Bummer closed the game out as the Sox did their part in the AL Central race.

“We’re just going to concentrate on us and see what happens,” Pollock said.