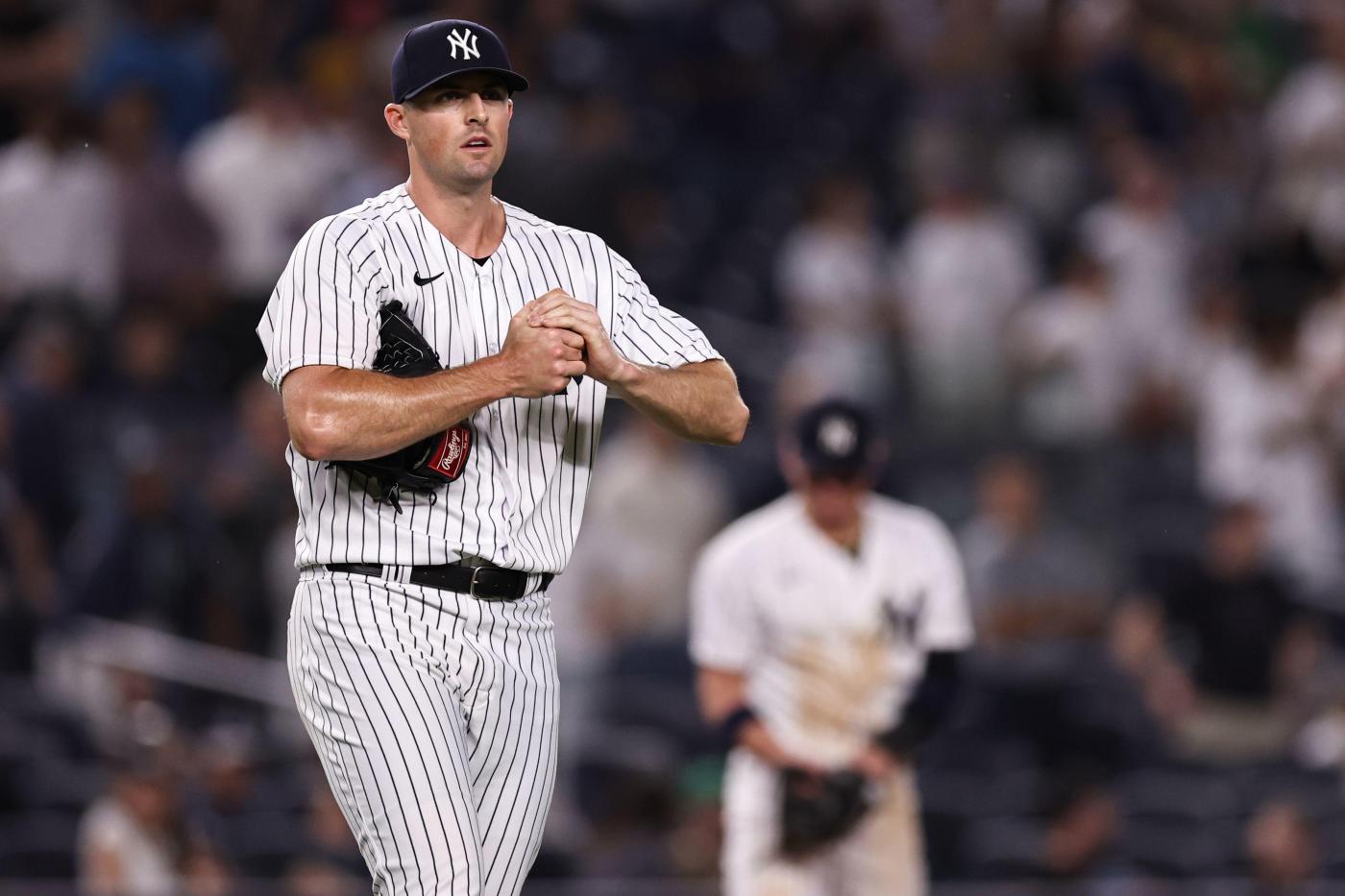 CLEVELAND — When the Yankees first got Clay Holmes from the Pirates, there was hardly a ripple of a reaction. The big right-hander had underwhelmed with Pittsburgh. A converted starter who walked a lot of batters, Aaron Boone wanted to get him into a game right away, just to get an idea of what they had.

“Whoa,” Boone said his reaction was the first time he saw Holmes’ sinker in person. “He was great for us down the stretch last year and obviously has gone to this new level this year.”

It will be a homecoming of sorts for Jameson Taillon, who is starting on Tuesday, Gerrit Cole and Holmes, who all began with Pittsburgh.

“You always wonder how a change of scenery is going to work out for anyone, whether you’re going from a team to another team or a team to our team, and we have different challenges and different things that go along with being a Yankee. And certainly those are two guys that have absolutely thrived in this environment,” Boone said. “And I think they love putting that uniform on every day.”

Holmes returns to PNC Park in a vastly different position than he left.

As the first half of the season winds down, he has established himself not only as the best team in baseball’s closer, but also as one of the best relievers in the game and an expected All-Star.

Holmes laughed when asked what he felt marked the difference for him now.

“The biggest difference, number one is I’m walking less people,” Holmes said. “I don’t know, I think I’m just really stressing using the sinker more. I don’t know if throwing it more had that big of an impact on the command of it. I don’t know what it was, but I have really got more [command of it] now and it’s been really good.”

He’s walking the fewest of his career. He has walked five of the 139 batters he has faced for a career lowest 3.6% walk rate. As a rookie with the Pirates, Holmes was walking batters at a rate of 17.8%.

And the sinker may be the nastiest pitch in baseball right now.

That has put him in the position to save 15 games out of his 16 opportunities this season.

“I mean, I think Clay has been the best reliever in the league, the best closer in the league to this point,” Boone said. “Obviously, he had a great year for us last year after we acquired them.”

In four years with the Pirates, Holmes pitched to a 5.57 ERA in 91 appearances. Even last season, before the trade, Holmes really hadn’t figured it out. He had walked 25 batters over 42 innings pitched and struck out 44. He had a 4.93 ERA when the Yankees made the deal for him.

Pitching coach Matt Blake said there were some simple adjustments they made when they acquired Holmes. He was missing with this sinker low and inside, so they adjust how he attacked with it. Blake, however, said it was part of the process that Holmes was already making with the pitch.

“We told him he had a really good pitch [in the sinker] and he should use it more,” Blake said.

Holmes’ usage of the sinker is up from 59% of his pitches in 2021 to 82% this season. That reflects Holmes confidence in the pitch.

“I mean, it’s just kind of a process. I mean, that was kind of building probably all throughout last year,” Holmes said. “It’s not really one ‘Aha’ moment. It was a few steps along the way that you realized some things, you learned some things, where people teach you things. It’s just kind of a gradual process, where you just really start to believe in the feel for it and command.

“Then things started to take off.”

Holmes said he is excited to return to Pittsburgh and arguably one of the best ballparks in baseball.

“It’ll be really good to go back to see some people I spent a lot of time with and I know pretty well, just to catch up,” Holmes said.” It’s nice to go back [being] on this team and with what we have going on here. I am definitely thankful for where I’m at now and what we’re doing as a team.”