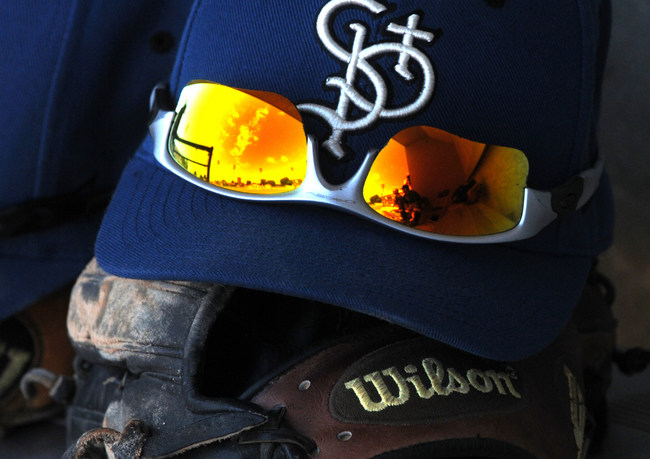 Sometimes the numbers do lie.

Saints starting pitcher Cole Sands picked up his first win of the season against four defeats on Wednesday afternoon at CHS Field, 6-2 over Omaha, suggesting that the season has been less than productive for the 24-year-old prospect.

Sands knows better, and so do the Twins.

Sands has been called up to the big leagues five times this season and has made five appearances, including four starts. While he has an 0-3 big-league record to show for it, the benefits have been immeasurable.

“There are a lot of guys up there who have helped me with my pitches,” he said of Twins players and coaches. “Ever since I’ve been back down I see the game a little different now. It’s not so much where you just go out there and throw your stuff. It’s more that there’s an art behind it.

“You have to establish the inner half of the plate with the fastball and that opens up the rest of the plate. I’ve been using that, and it’s helped me a ton.”

Sands was first called up to the Twins on April 30 and made his major-league debut in Tampa against the Rays on May 1. After giving up two runs in two innings, he was optioned back to the Saints the following day.

Four days later, he was back with the Twins, only to be sent back to the Saints the following day without pitching. He was back to the Twins on May 12 and pitched in relief against Houston before going on the injured list with a left groin strain.

Sands returned to action on May 24, and a week later was called up by the Twins to pitch against the Tigers in Detroit. He was back with the Saints the next day.

“Getting the experience has been huge,” Sands said. “When you’re facing the Yankees, it’s like, how many better lineups are you going to face? So I learned that my stuff plays against some of the best in the world.

“It’s kind of like building confidence from that. So if I can get guys out up there, I think I can do a pretty good job of it here.”

Sands gave up four runs in 3.2 innings against the Yankees, including home runs by Aaron Judge and Giancarlo Stanton.

“It was an awesome experience,” he said. “When they called my name for that one I was like, ‘No way.’ But I loved every second of it. We didn’t win, but felt like I kept us in the game.”

Sands threw five innings on Wednesday to match his longest outing of the season. He allowed one run on four hits while striking out seven.

“It was a battle,” Sands said. “Usually I like to establish the fastball early, but it wasn’t really there for the most part. I kind of settled in and the slider kept me in there. I threw just enough fastballs to keep them honest.”

Learning how to win without your best stuff is one more example of the education of a big-league pitcher.

Saints outfielder Jake Cave extended his on-base streak to 43 games with a single in the first inning. He added an RBI single in the third.