Coming off a dominant camp, Odafe Oweh could be the man to help the Ravens reclaim their defensive legacy – Twin Cities 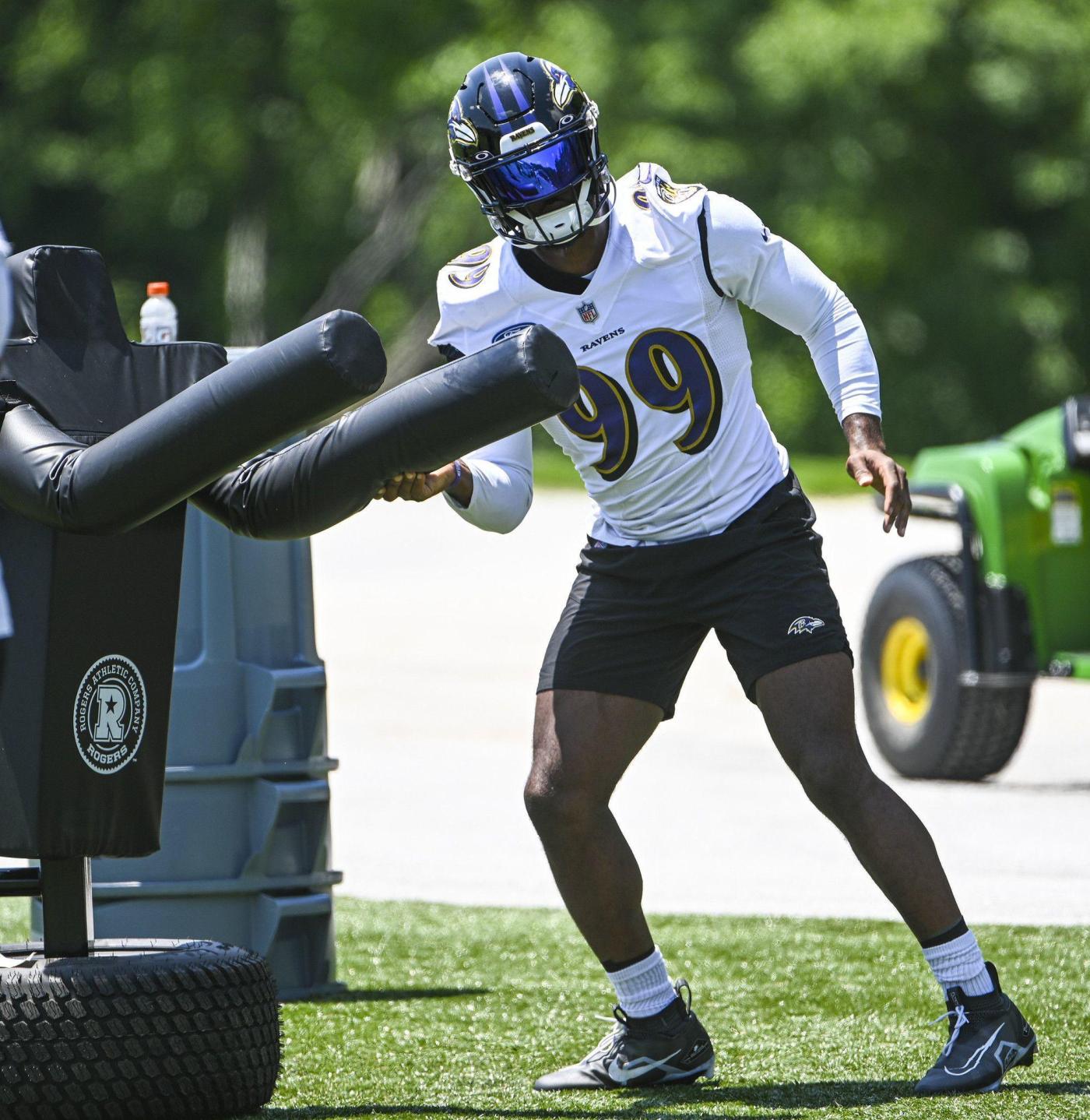 As the boiling afternoon practices rolled on, he crashed into the Ravens backfield so often that he could have been charged property tax. But he could not hit the quarterback, so what did he have to show for it? As they jawed back and forth, Lamar Jackson said he would have evaded Oweh’s pressure under game conditions. The second-year outside linebacker disagreed, so he tallied the sacks in his mind — an unofficial record of his training camp dominance.

“I got those ones,” he said, a smile creeping onto his generally taciturn face.

Statistical record or no, Ravens coaches and teammates could not miss Oweh this summer as he prepared for the breakout season he and they expect.

“My expectation for Odafe is to be a dominant player,” first-year defensive coordinator Mike Macdonald said. “I think that’s the vision that he has for himself, and he should be a guy that, when we need him, he can get to the quarterback. I think he would tell you the same thing.”

Much hinges on Oweh reaching the potential he demonstrated in flashes last season and more consistently in training camp this year. The Ravens, a franchise built on Hall of Fame defensive talent, have not drafted a Pro Bowl defender since cornerback Marlon Humphrey in 2017. You could argue they have not drafted and developed an elite pass rusher since Terrell Suggs (though Za’Darius Smith hit that level briefly after he departed Baltimore to join the Green Bay Packers).

The Ravens desperately need the player Oweh could become. Sacks are not the be-all, end-all for judging a team’s ability to harass the quarterback, but they have not had a player reach double digits since Suggs in 2017. They finished tied for 22nd in sacks and 24th in pressure rate last season despite ranking sixth in blitz rate.

Every veteran who lays eyes on Oweh seems to say the same thing: His “freakish” blend of physical ability and eagerness to learn could make him the next one to carry the Ravens’ defensive legacy forward. It’s not a burden the 23-year-old backs away from. He posts his goals — private but lofty — on the wall of his home so he sees them every day.

“It’s going to be a crazy jump,” he said, using his favorite adjective to describe the years ahead. “And I’m ready.”

The Ravens did not know exactly what they had after they used their second first-round pick of 2021 on an edge rusher from Penn State who had not played a snap of football until his junior year of high school at New Jersey’s Blair Academy. They knew the story told by stopwatches: a 6-foot-5, 257-pound man covering 40 yards in an absurd 4.36 seconds. They also knew the statistic bandied about by Oweh’s detractors: zero sacks in his last year with the Nittany Lions.

Was he a revolutionary athlete at his position or a lump of raw material whose gifts would never translate to meaningful production?

No one grasped this narrative better than the guy at the center of it. “I feel like that’s the intrigue about me,” Oweh told reporters at his introductory news conference in Baltimore.

The idea of Oweh as an empty workout wonder went out the window quickly. His strip and recovery against Kansas City Chiefs running back Clyde Edwards-Helaire was the signature defensive play in the Ravens’ most significant victory of 2021. Two games into his NFL career, he was AFC Defensive Player of the Week. He would go on to lead the team in forced fumbles and finish second in sacks and quarterback hits.

And there was the way he carried himself, with a deadly serious expression that suggested he had no interest in wasting time. A sly sense of humor peeked out, but this was not a guy who was going to goof away his opportunity.

Oweh did not put his mark on every game of his rookie season. He was banged up by the end, missing the last two games with a foot injury and going under a surgeon’s knife at the end of January for repairs to his shoulder.

When he reviewed his performance on film, he was proud of the effort, the way he tried a second move and a third if his first was stymied. But he also saw a “jittery” novice eager to make any play instead of waiting to make the right one.

He transitioned from Year 1 to Year 2 knowing that he had established his place but believing he could become much more.

“When I got here, he said, ‘Coach, I want to be the best,’” recalled outside linebackers coach Rob Leonard, who joined the Ravens this year. “So when a player tells you that, it’s pretty easy.”

For Oweh that means making the opponent feel him every series, not just here and there. He has lived up to that goal this summer, with his teammates bearing the brunt of his practice fury. No one hands out Defensive Player of Training Camp trophies, but if they did, the choice in Baltimore would not be difficult.

As Oweh analyzed his form, he noted that his legs are stronger. He and Leonard have also discussed how his hands need to be as busy as his feet. At the same time, he said his progress is more a result of calming down than firing up.

“I’m not necessarily trying to jump out of gaps and try to force plays,” he said. “[I’m] being patient. And obviously, in pass rushing, being more calm, reading everything, taking what I see, bending the edge, and all the stuff like that. So, you’ll see a different Odafe this year, for sure.”

His eagerness for new perspectives extends across the line of scrimmage.

“I think the biggest thing is that he knows he doesn’t know it all, and he’s not afraid to ask,” said right tackle Morgan Moses, a nine-year veteran. “And so, there are times when we’re on the field, and we’ll literally stop in the middle of the play, and we’re talking about things, because he wants to know, ‘Why did you set me like this?’ And any time you get a guy like that, the sky is the limit.”

By the end of this season, Ravens opponents could be fleeing from not one but two precocious edge rushers. Oweh and 2022 second-round pick David Ojabo share more than long frames and quick feet. They bonded as high school teammates who shared Nigerian roots and a sense that this unfamiliar game could be their ticket to prosperity. Oweh will aim to take a head start while Ojabo continues to recover from a torn Achilles tendon that knocked him out of the first round of the draft.