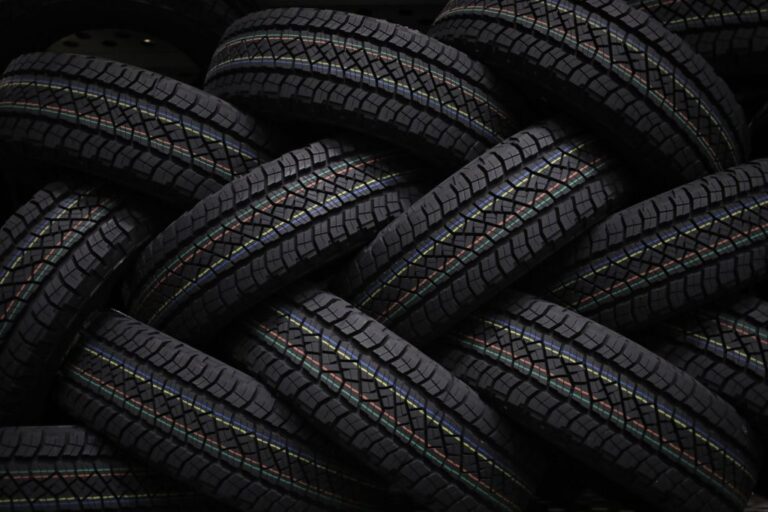 Consumers have been warned that some unscrupulous tyre dealers have increased the price of all tyres by almost 40% – and not just tyres imported from China in line with the 38.33% provisional anti-dumping duty imposed on the latter by the International Trade Administration Commission (Itac).

Francois Dubbelman, trade law expert and founder of FC Dubbelman & Associates, said on Friday he is “100% sure” some tyre dealers are taking advantage of the situation and increasing the price of all tyres by 38%, instead of only hiking the price of imported tyres.

Dubbelman said he had received WhatsApp and other messages from tyre dealers stating: “Put on new tyres because they are going up by 38%.”

He said if the tyres fitted are Goodyear and Sumitomo, they will also be increasing in price by 38% – “but it’s not supposed to be like that”.

Moneyweb received an SMS message sent to potential customers by a tyre dealer in Pretoria, making it clear that the increase only applies to imported tyres: “Beat the new 38% duty on import tyres. Pay the old price at *** at Menlyn.”

However, consumers might not know which tyres are imported and end up replacing their tyres earlier than necessary.

And as Dubbelman stressed, the provisional anti-dumping duty only applies to tyres imported from China – not all imported tyres.

He said there is also substantial stock in the market of tyres imported from China that should not be subject to the 38% provisional anti-dumping duty.

“So they are [possibly] already making 38% more on the existing price in the market [for imported tyres] plus the local manufactured tyre they are selling,” he said.

The competition authorities are likely to be interested in any confirmed reports of tyre dealers sharply increasing the price of all tyres.

Competition Commission spokesperson Siyabulela Makunga said on Friday the commission can initiate a complaint against the alleged prohibited practice and investigate such a complaint.

He said consumers can also lodge complaints with the commission regarding the alleged prohibited practice.

The commission cracked down on price gouging during the Covid-19 pandemic.

Excessive pricing is also prohibited in terms of Section 8 of the Competition Act.

No reports as yet, says industry body

Tyre Equipment Parts Association (Tepa) national director Vishal Premlal said the association is unaware of, and has not received any reports that there are, untoward practices by any particular sector nor that some tyre dealers have increased the price of all tyres by 38% since Itac imposed the additional duty on tyres imported from China.

He said Tepa would absolutely frown on such a practice if it was happening.

The association has taken a position to reserve comment and not back any side in the anti-dumping duty dispute, he added.

“It’s a very contentious issue between importers and manufacturers at the moment and we have got both sitting in our camp. At the end of the day, there are arguments to be made on both sides.”

On one side, the manufacturers

South Africa’s four local tyre manufacturers are the members of the SA Tyre Manufacturing Conference (SATMC), which submitted the application to Itac for anti-dumping duties on tyres imported from China.

Dubbelman, who represents the SATMC also cast doubt on whether the provisional 38.33% anti-dumping duty should result in an equivalent immediate increase in the price of imported tyres from China – and not only because of the substantial existing stock of these tyres in the market.

He said Itac must make a final determination on the SATMC application by 8 March 2023 or the provisional anti-dumping duties on tyres from China will lapse.

He admitted there is a risk to tyre importers and dealers that they will be left out of pocket if Itac makes a final determination in the SATMC’s favour.

Read/listen: SATMC: Why we proposed the tariffs on imported tyres

On the other, the importers

He said Tiasa will be lodging a high court application on the basis that the legislation Itac relied on to impose these provisional duties, Section 30 of the International Trade Administration Act 71 of 2002, has not been promulgated.

And for reference – chicken imports

Dubbleman expressed doubts about the accuracy of Tiasa’s claims.

He believes that if the legislation had not been promulgated and come into effect, this would have become evident during the recent dispute over chicken imports into South Africa.

He believes Tiasa is attempting to create hysteria in the tyre market about the impact of the anti-dumping duties in the hope that government will postpone the implementation date of any anti-dumping duties, as happened with chicken imports.