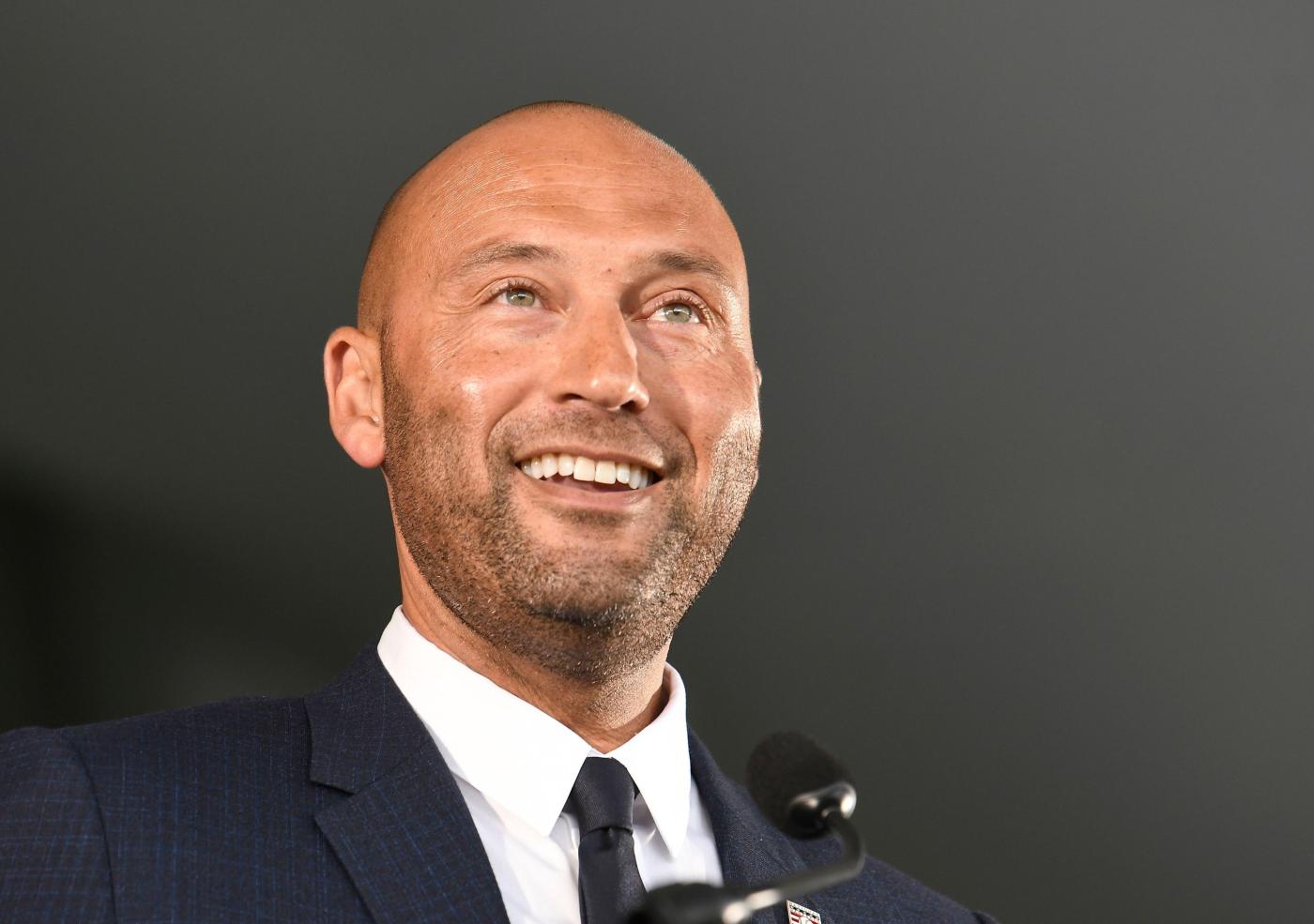 Derek Jeter returned to Yankee Stadium in front of a packed house with tens of thousands of people chanting his name. For the captain, that rowdy environment is home.

“I was born in New Jersey, I grew up in Kalamazoo, I live now down in Miami,” Jeter said during his speech to the Bronx crowd. “But right here, in front of you, with you, is really where I feel like I’m at home.”

The Yankees honored Jeter for his induction into the Baseball Hall of Fame. A ceremony that was delayed due to COVID-19. The former shortstop is apart of the 2020 Hall of Fame class and was one vote shy of joining Mariano Rivera as the only two unanimous members.

The five-time World Series Champion was joined by former teammates, family and others as he delivered a speech full of thank you’s. Among the people he thanked were owner Hal Steinbrenner and general manager Brian Cashman which the crowd greeted with boo’s.

“I see you guys are ready for the playoff push,” Jeter said as he smoothly navigated the awkward situation in typical fashion.

Friday marked the first time Jeter returned to the Bronx since his number retirement ceremony in 2017. However, he teased that we may be seeing more of the former captain in the near future.

“I know you guys haven’t seen a lot of me over the last few years for various reasons,” the Hall of Famer said. “But I truly do look forward to hopefully seeing a lot more of you here in the near future.”

Jeter then threw out the ceremonial first pitch to Kyle Higashioka to cap it off.