About 50 families occupying nearly three hectares of land in Ocean View, Kommetjie, have struck a deal with the development company which owns the land. The families will be allowed to remain on the land without fear of eviction.

The deal is “a testimony that nothing is impossible”, says Bernardette Rossouw, who was one of the first people to occupy the land known as “Paradise” or “Haven View”.

She said this was probably one of the first informal settlements in the country where “a proper solution” had been found.

The first families moved onto the land along the mountainside above Ocean View in 2020. Many, like Rossouw, were single parents who had been living as backyarders. The Ocean View Development Trust, to which the land had been donated, sought to evict the families in order to build low-cost housing. But in January 2022 the eviction application was withdrawn in the Cape High Court and the land was sold to a private developer, Contemporary Investments. The developer is to build subsidised housing alongside the settlement, in a new development called Seabreeze Village.

Rossouw has been negotiating with the developer on behalf of the Haven View Community Voluntary Association to secure the families’ future on the land. 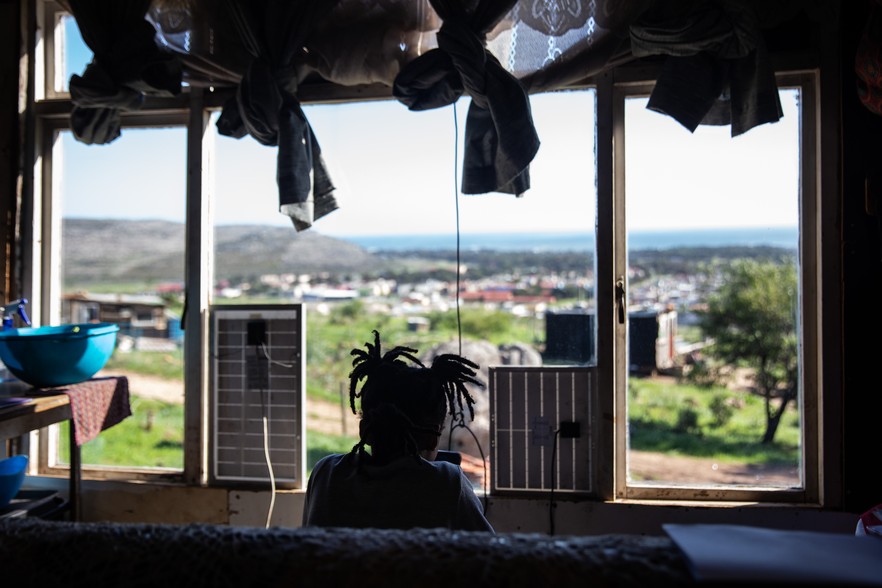 In terms of the deal struck with the developers, the families will not be evicted from the land they have occupied since 2020. Image: Ashraf Hendricks, GroundUp

According to the agreement, which is currently being finalised, Haven View residents will be provided with water from a borehole, solar-powered outside lights, a container for a soup kitchen, a septic tank for toilets, Wi-Fi signal, and fencing.

The agreement is dependent on the community not expanding, not building double-storey homes, and not making noise. Each family has also been promised R10,000, since some of them had to move their homes to make way for the housing. They have already been paid R5,000.

Some people told GroundUp they had declined to sign any agreement not to make a noise. Some also expressed scepticism about the deal, saying they had never met the developer.

But a representative of the development company, who did not want his name published, confirmed the details of the agreement to GroundUp. He confirmed that the company would not try to remove the families from the land as long as the agreement isn’t breached. 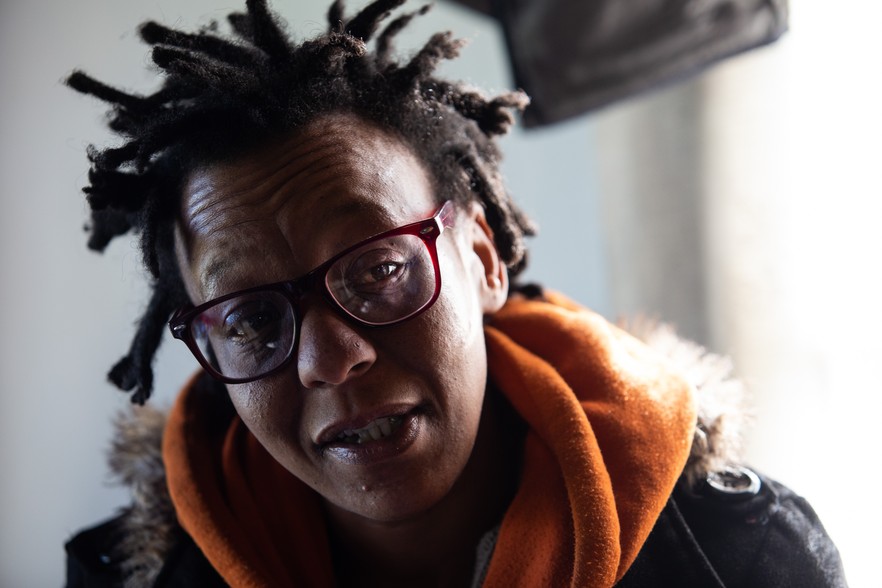 Bernadette Rossouw has been negotiating on behalf of residents of the settlement. Image: Ashraf Hendricks, GroundUp

Edmin Fortune, who grew up in Ocean View, said he and friends used to visit the Haven View area as youngsters when it was just mostly bush.

Soon after he set up his house in 2020, law enforcement officers came and broke it down. “As they moved out, we just rebuilt,” he said. But each time the house was demolished again – it happened about four times.

Fortune said he refused to vacate the land. “It’s about my democratic right. Each person has the right to have land and a piece of property of his own,” he said.

Malvern Fredericks, one of those who had to move his house, said the money provided was not sufficient and he had to take money from his pension to rebuild. 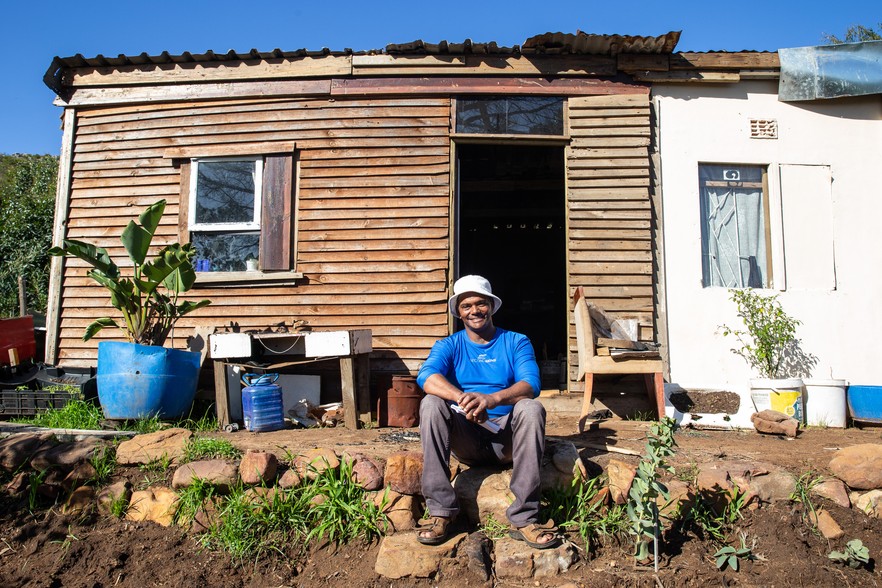 Malvern Fredericks had to move his home as part of the agreement. Image: Ashraf Hendricks, GroundUp

But Rossouw said additional materials had been provided to the families to rebuild their homes.

Resident Charles Jonathan said life is much better than in Ocean View because it is quiet and everybody has lots of space. “You can live freely here. There’s no gangsterism and fighting here. There’s no crime up here,” said Jonathan.

Water and sanitation have been a major concern, resident Liezel Jellahrs said. “Now we wait for the rain. Even when our places leak, we’re happy. Because at least we have water,” said Jellahrs. She said as someone who lived as a backyard dweller since birth, her quality of life has improved in Haven View. “We were tired of staying with people… I didn’t want my kids to grow up and be backyard dwellers also,” she said. Jellahrs said residents wanted to see the written agreement with the property developer.

Rossouw said there had been some delays finalising details such as environmental approvals but the deal was due to be completed soon. She said water had been found, the borehole was being drilled, and water should flow within weeks.

She said Haven View aimed to provide a safe place for vulnerable, poor, and homeless people. “If you don’t have a foundation, you’re going to sink,” she said. 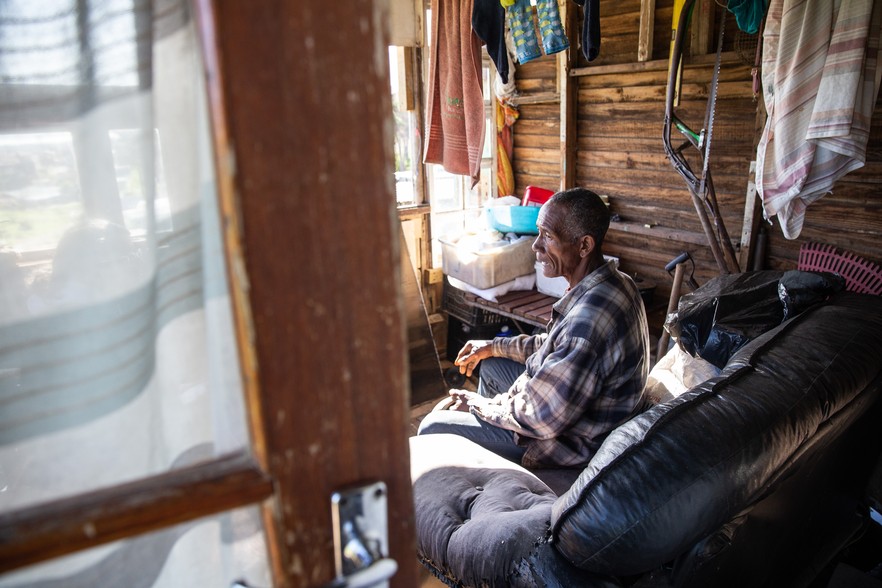 Everyone has the right to a piece of land, says Edmin Fortune, who grew up in Ocean View. Image: Ashraf Hendricks, GroundUp

This article was first published on GroundUp here.