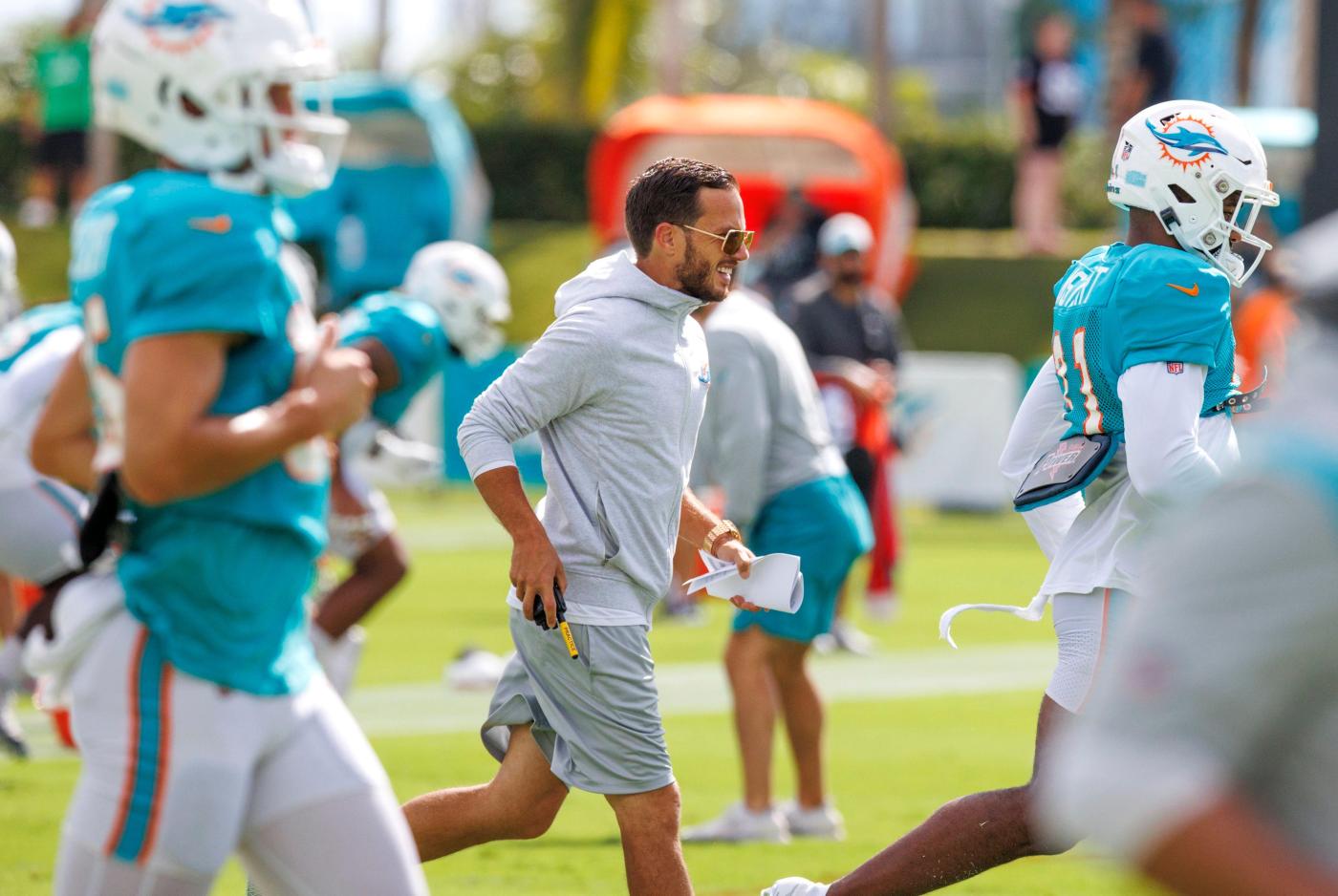 The Miami Dolphins canceled their second joint practice with the Philadelphia Eagles on Thursday morning.

The team will instead be meeting virtually “out of an abundance of caution as a result of a non-COVID illness,” as stated in a Dolphins release. A team source said it’s a stomach bug spreading among players.

Dolphins coach Mike McDaniel will still hold a press conference Thursday morning as he was scheduled to do.

The Eagles will still practice on Thursday in Miami. The two teams have a preseason finale scheduled for a 7 p.m. kickoff at Hard Rock Stadium on Saturday night.

The Dolphins and Eagles held one joint practice on Wednesday in front of fans. Miami misses out on a key practice for players fighting for a roster spot as Thursday’s session was the final one of training camp for the team. NFL rosters must be cut down from 80 to 53 players on Tuesday by 4 p.m.

This is a breaking news story that will be updated.