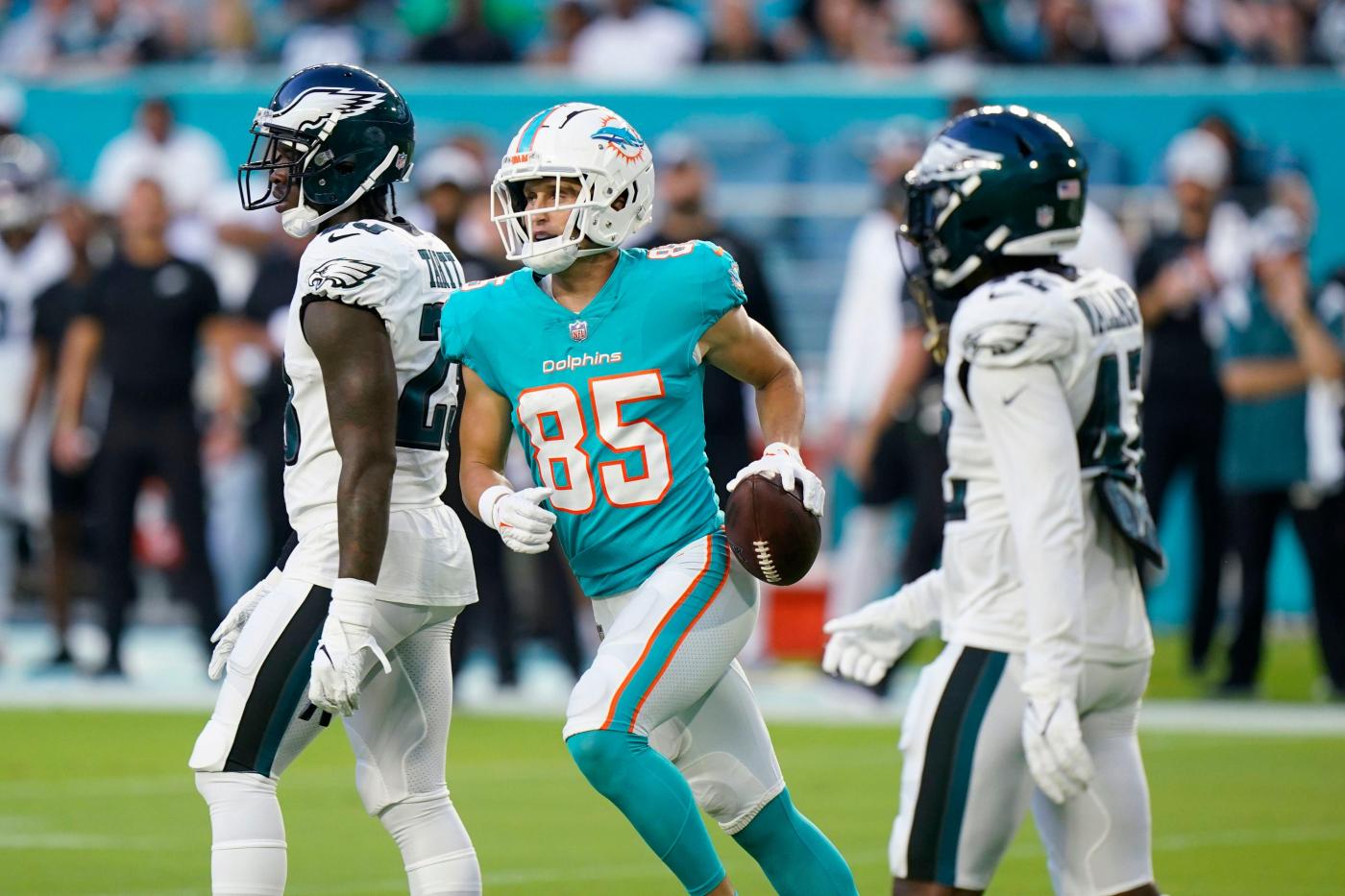 The Miami Dolphins have been forming their practice squad since finalizing the initial 53-man active roster on Tuesday.

Cracraft, who has been with new Dolphins coach Mike McDaniel and wide receivers coach Wes Welker since they were all in San Francisco, was targeted seven times in the preseason finale for four receptions, 54 yards and a touchdown. He appeared to be a candidate to get picked up for another team’s active roster, but the Dolphins get to keep him in Miami.

Gustin is the other vested veteran of the group, having spent time on the Cleveland Browns’ active roster each of the past three seasons.

Coleman is in his second NFL season after missing his entire rookie campaign as a seventh-round 2021 draft choice on injured reserve.

Sanders, White, McKinley, Goode and Stille are rookies with all undrafted except Goode, who was selected in the seventh round of the past draft. All have stood out and made flashes during Miami’s five weeks of training camp and three preseason games.

The Dolphins have eight practice-squad spots remaining for a total of 16.

In memory of Jason Jenkins

The Dolphins announced the creation of two funds in memory of senior vice president of communications and community affairs Jason Jenkins, who died on Saturday: The Jenkins Children’s Fund and the Jason Jenkins Humanity Impact Fund.

The Jenkins Children’s Fund will be fully committed to supporting Jenkins’ three children. The Jason Jenkins Humanity Impact Fund will be directed toward helping people through the various organizations Jenkins loved and served.

Dolphins owner Steve Ross donated $1 million to each on Wednesday.

The Jenkins family and the Dolphins will hold a public Celebration of Life ceremony on Monday at 4 p.m. at Hard Rock Stadium.

Donations and event RSVPs can be made at miamidolphins.com/remembering-jason-jenkins.

The New England Patriots, ahead of the Sept. 11 opener in Miami, plan to travel to South Florida on Tuesday to get acclimated to the South Florida heat and humidity, according to a league source.

The team plans to practice at Palm Beach Atlantic University.