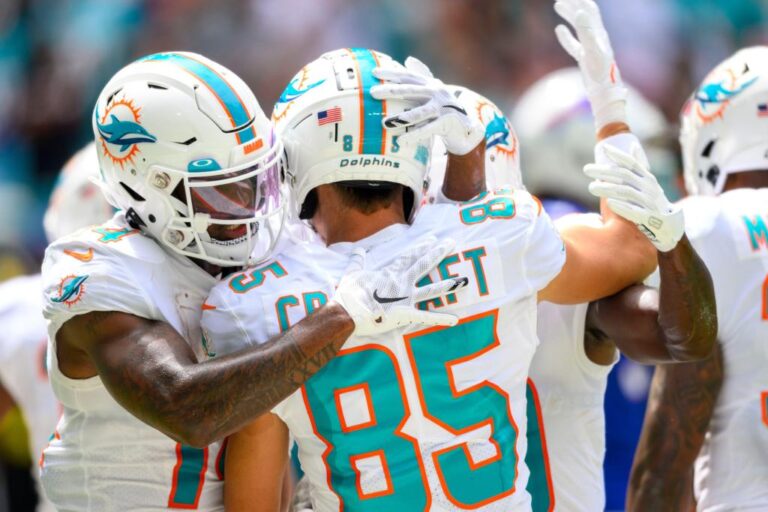 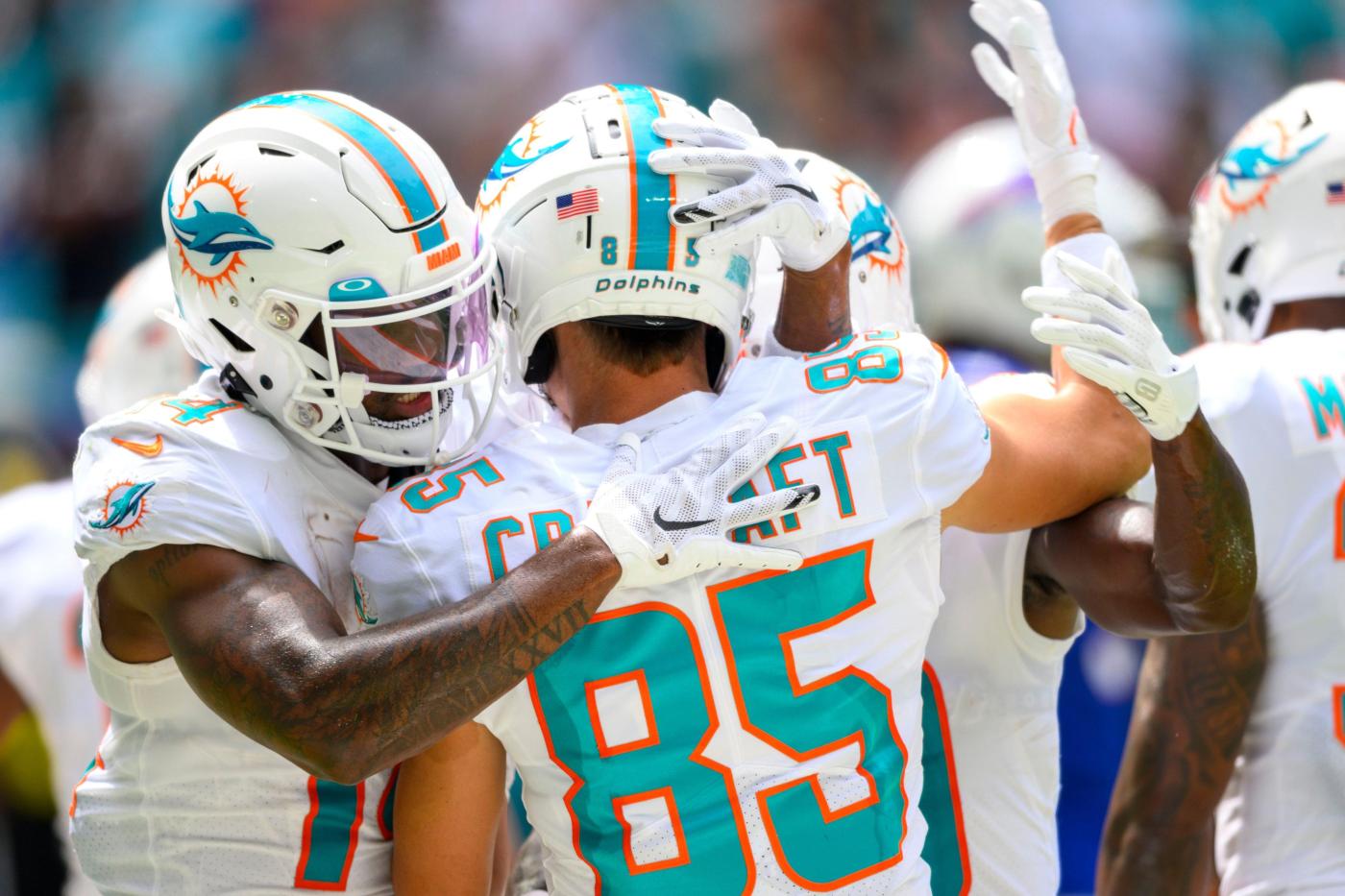 The undefeated Miami Dolphins surprisingly are atop ESPN’s latest NFL Power Rankings — something no one would have expected after last season’s 9-8 finish.

The Dolphins (3-0) jumped four spots in the poll, which was released Tuesday morning, after their second straight impressive win.

The biggest reason ESPN ranked the Dolphins No. 1 is the emergence of quarterback Tua Tagovailoa.

“Tua Tagovailoa is off to the start every Dolphins fan dreamed of in his third NFL season. He ranks second in the league in passing yards and is already halfway to matching his career high in touchdown passes with eight. He also leads the NFL in QBR and is second in yards per attempt. The new coaching staff and improved supporting cast around him seems to have unlocked the potential Miami saw when he was drafted No. 5 overall in 2020, and it’s a big reason the Dolphins are the AFC’s lone unbeaten team entering Week 4.”

Miami, off to its first 3-0 start since 2018, is in first place in the AFC East heading into Thursday night’s road game against the Cincinnati Bengals.

The Dolphins held off the high-powered Buffalo Bills, 21-19, on Sunday after rallying from a 35-14 deficit to shock the Baltimore Ravens 42-38 in Week 2.