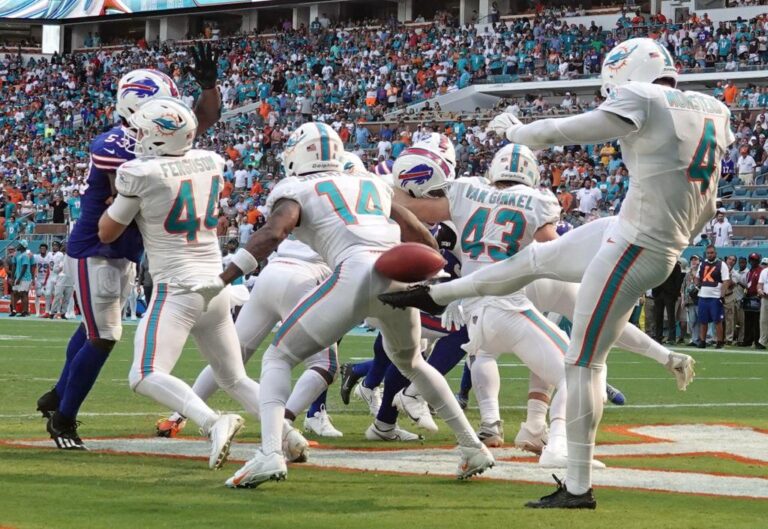 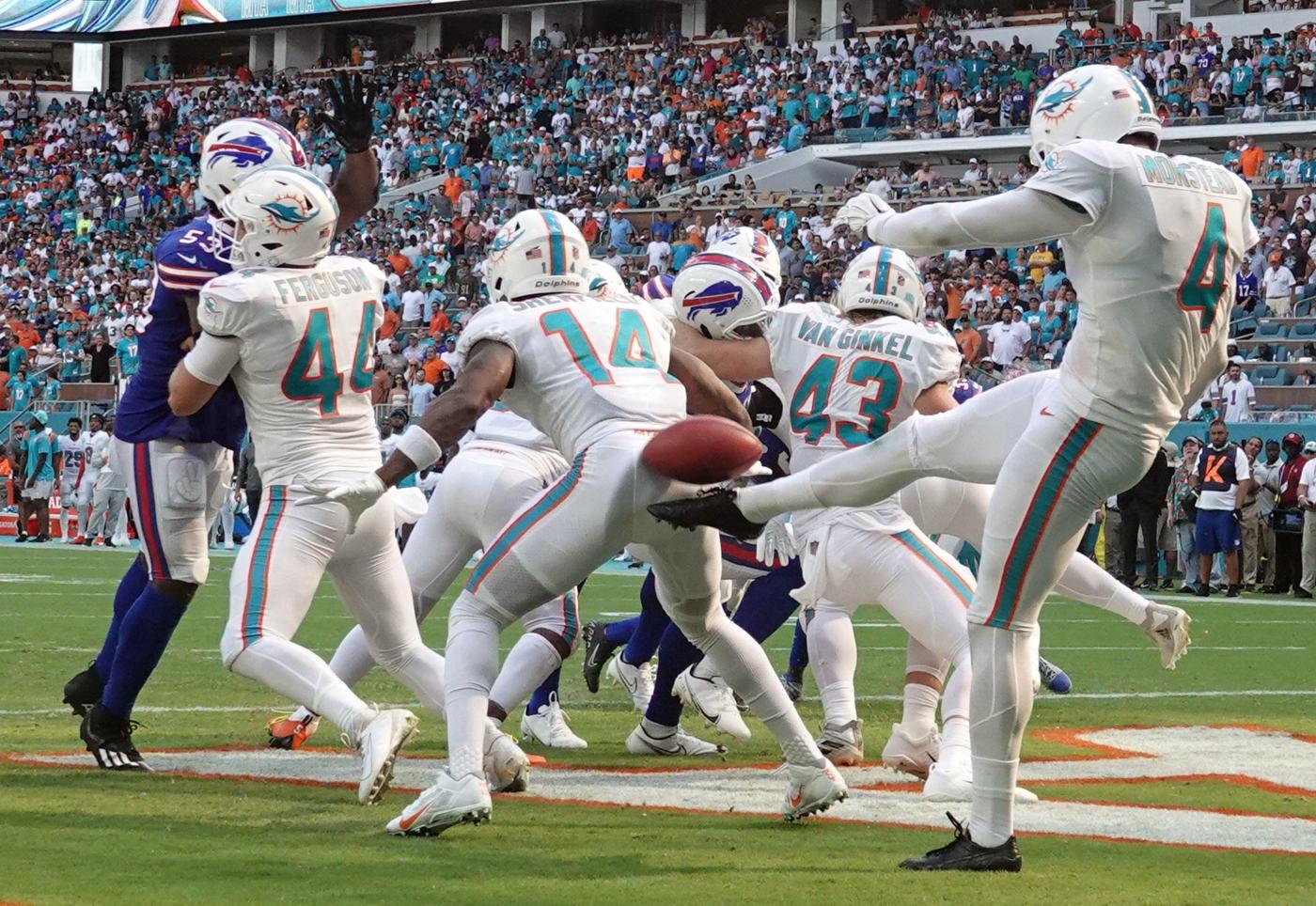 Among everything seen in the Miami Dolphins’ exhilarating 21-19 win over the Buffalo Bills on Sunday, maybe most unique was wide receiver Trent Sherfield taking a punted football straight to his backside.

With less than two minutes to play and the Dolphins punting up against their own goal line, Sherfield, in as an upback on the special teams unit, backed up into punter Thomas Morstead’s kicking motion as he tried to block for him.

The ball went off the foot of Morstead, ricocheted directly off Sherfield’s buttocks and shot up into the air and out of the back of the end zone for a comical, blooper-reel safety.

It could’ve taken a drastically different tone had it cost Miami the game against the AFC East rival. Buffalo then just needed a field goal to win after previously trailing by 4 points, but the Dolphins stopped the Bills one last time to protect the 2-point lead and snap a seven-game losing streak against their divisional foe.

The commentary and reaction to the special teams blunder turned entertaining faux pas began immediately after the game.

“Never seen a butt punt before,” Dolphins star receiver Tyreek Hill said in the locker room. “Next time, he’s going to catch it with his butt cheeks because he’s got strong butt cheeks.”

Sherfield was just happy it took place in a win for the Dolphins.

“My cheeks have a big W tatted on them,” he tweeted with a smiley face on Sunday night.

But he also had fun with the craze.

The NFL’s primary Twitter account posted an image of the football getting booted straight into Sherfield’s hind parts, asking followers, “Is this the greatest photo of all time?” Sherfield quote-tweeted it: “Indeed it is.”

Toilet paper brand Charmin tweeted to Sherfield: “Those cheeks are going to need something soft. Check your [direct messages],” insinuating an endorsement could be on the way.

Sherfield replied: “I’m commercial ready whenever you guys are…”

The DUDE Wipes brand added to Charmin’s tweet: “We’ll cleanup what you leave behind…always up for the sloppy seconds.”

Morstead, who was having a fine afternoon with two punts of 59 yards plus others of 52 and 48, said postgame it was only the second time he had a punt blocked in his 14-year career.