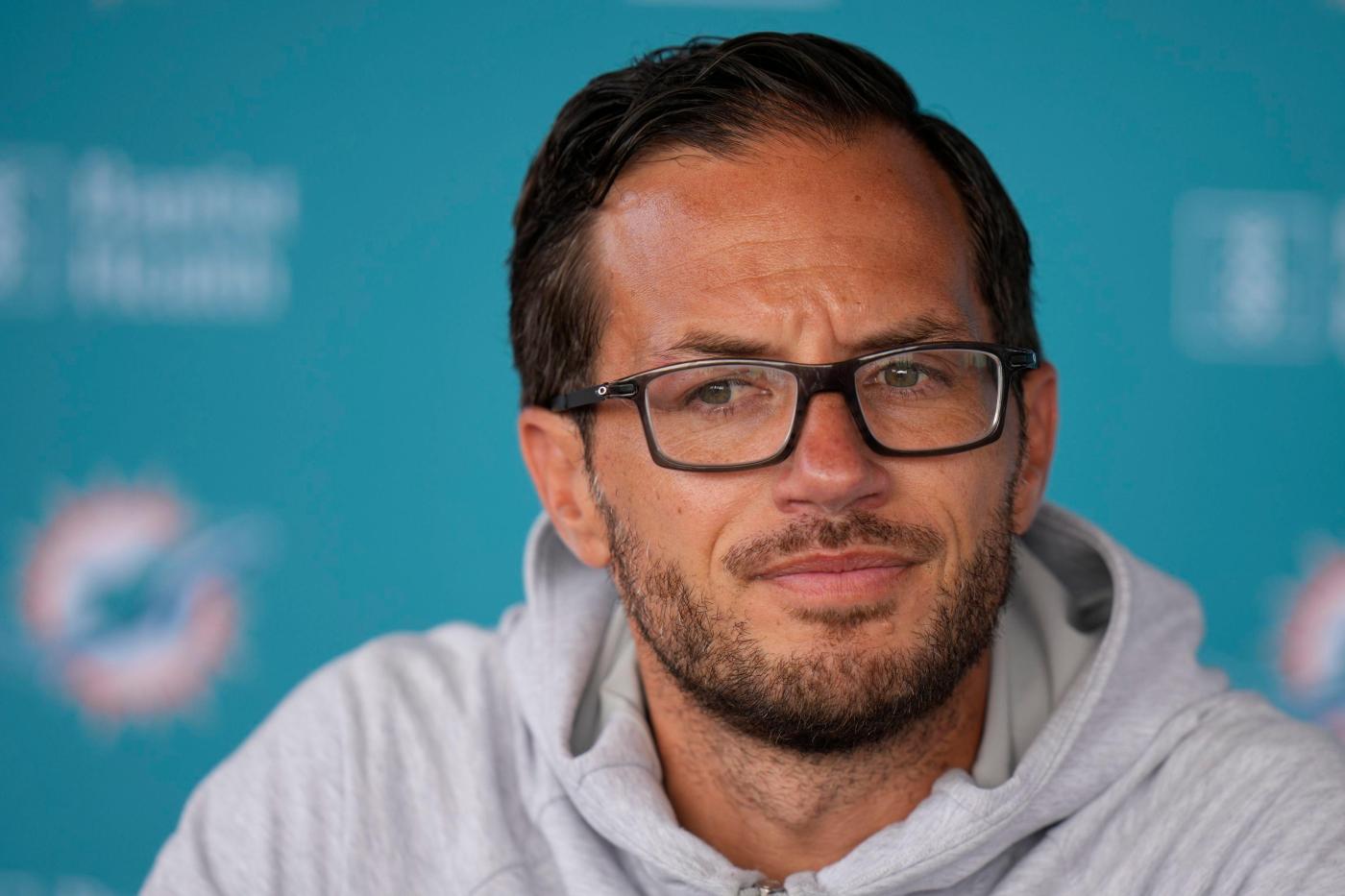 Miami Dolphins coach Mike McDaniel touched on possible kick and punt return options on the roster, the team’s trade of tight end Adam Shaheen and a few other topics at his Wednesday morning media availability ahead of the Dolphins’ first of two joint practices with the Tampa Bay Buccaneers.

The Dolphins interestingly placed star wide receiver Tyreek Hill as the team’s top punt returner and veteran running back Raheem Mostert as the No. 1 kick returner in Monday’s depth chart release. With Jaylen Waddle listed as the backup to each, that’s a lot of the team’s top offensive talent on returns.

McDaniel wasn’t shy on Wednesday about expressing that he may be willing to use some of Miami’s most valued investments on special teams.

“I’m willing to do anything at any given time at any moment,“ he initially quipped before later offering a more in-depth response.

”There’s an open competition everywhere. We have a lot of people that have the ability to return the ball in the punt and kickoff game, and during the season, we plan to utilize everyone that makes the most sense for the team.

“Remember: Special teams yards are yards, same as defensive yards given up, same as offensive yards gained. We’ll use our players to best move the ball down the field to score touchdowns or stop other people from moving it.”

McDaniel addressed the Dolphins’ trade of Shaheen for a late pick swap in the 2023, sending a seventh-round selection to the Houston Texans for a sixth-rounder.

“To our tight end room’s credit, we thought that we could afford in investing in the future draft capital,” McDaniel said. “We were happy for Adam. We were happy for the Dolphins that we were able to do that.”

Dolphins offensive lineman Michael Deiter returned to practice on Wednesday after a two-week absence since the team’s first training camp session with a foot injury.

Deiter, who was the team’s starting center last season when healthy, missed nine games in 2021 dealing with the foot ailment.

On Wednesday, Deiter was involved in 1-on-1 and even limited team drills against the Buccaneers front, at one point helping to open up a big run for Salvon Ahmed.

Joint practices are known to potentially get a little more physical than when teams open training camp against their own teammates. McDaniel set the tone for how he wants his players to stay out of extracurricular activity after the whistle against the Buccaneers.

“We’re approaching it exactly like we approach our own practices, where it’s important to me for guys not to fight with their teammates,” said McDaniel. “Sometimes it happens, but you make sure that players understand that anything outside of the whistle is only hurting the team.”