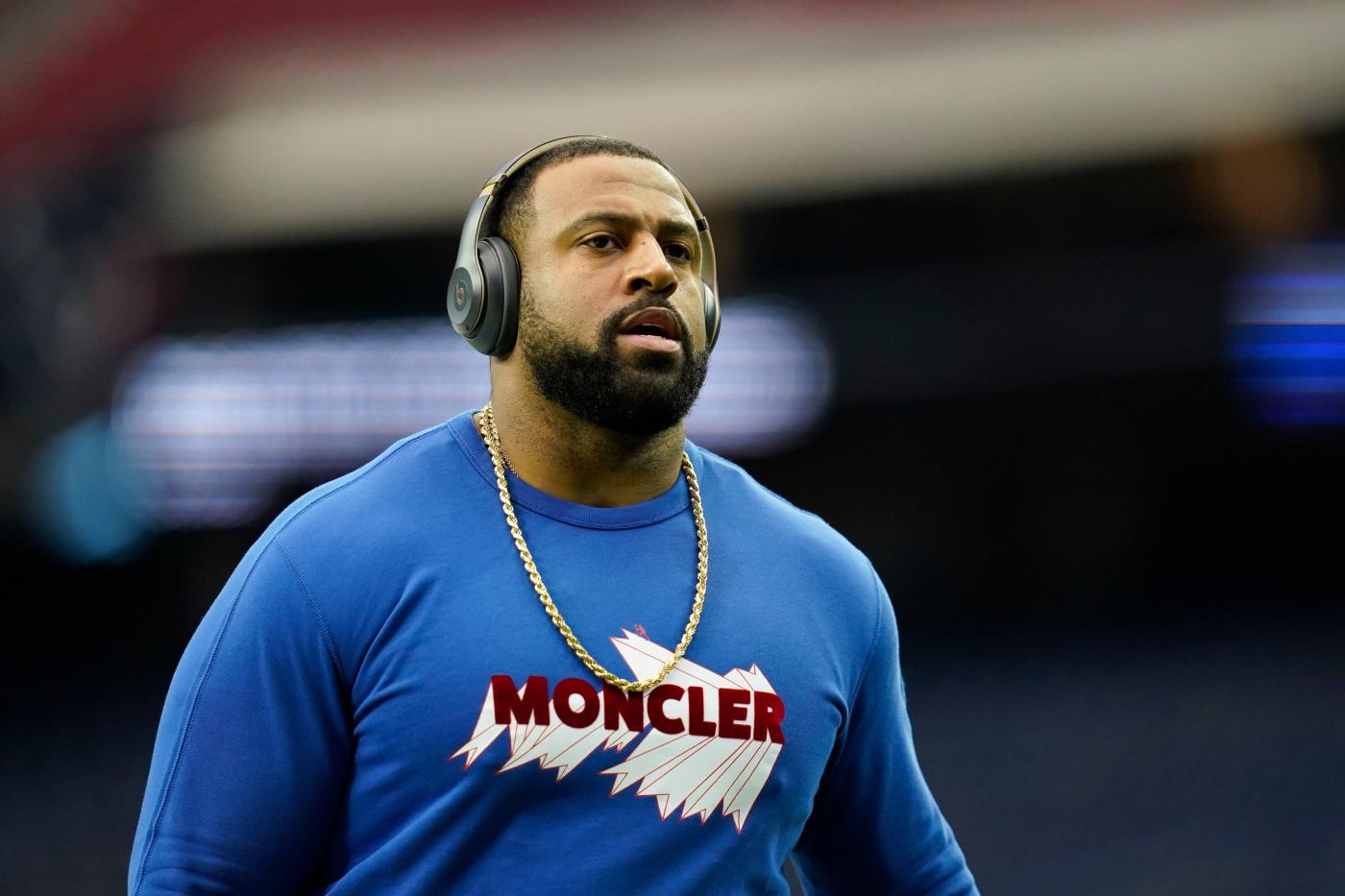 When Duane Brown signed with the Jets last month, chemistry was thought to be the team’s biggest offensive line question.

Now it appears Gang Green has an even more significant problem on its hands.

Brown missed practice for the second consecutive day Thursday as he is being evaluated for a shoulder injury. There is no indication how serious Brown’s injury might be.

If Brown is unable to play against the Baltimore Ravens Sunday, that could prove to be catastrophic. The Jets offensive line with Brown played less than 20 snaps during the preseason and now they may be without the Pro Bowl tackle. Brown’s assistance in the run game will be needed, as the Ravens had the best run defense in the NFL, allowing 84.5 yards on the ground.

Although losing a player of Brown’s caliber might be costly, left guard Laken Tomlinson is confident in the rest of his teammates.

“We still have to go out there and do our jobs,” Tomlinson said. “Obviously, the stuff going on with Duane, that’s for Coach [Robert] Saleh to comment on.

After Mekhi Becton suffered a season-ending right knee injury, the Jets signed Brown to help fill the void at left tackle. Then the team moved George Fant from left to right tackle because of his prior experience at the position.

If Brown cannot play, the Jets have to seriously consider moving Fant back to left tackle, which is his strongest side and play rookie Max Mitchell or Conor McDermott at right tackle. McDermott, who was re-signed by the Jets this week, dealt with an ankle injury throughout training camp and the preseason.

“As a coach, you’re always concerned about everything,” Jets offensive coordinator Mike LaFleur. “Am I concerned about the continuity, no. Is it the most ideal situation, no. You want them playing from the first snap of OTAs and training camp and that’s not the cards we were dealt.

“We’ve been in those situations where we’ve been out there with a bunch of young guys and yeah they might have had all offseason, but they haven’t played Calais Campbell or the Ravens defense before. That’s a whole other concern.

“The cool part about this offensive line is, they’ve played a lot of football games on Sundays. No practice can get you to that moment. It is just that experience and that preparation that you feel confident in that.”

MOSLEY ON PLAYING AGAINST RAVENS

Quarterback Joe Flacco won’t be the only Jets player facing his former team on Sunday.

Despite his time in Baltimore, Mosley said it has been business as usual getting ready for the Ravens.

“Haven’t really stressed myself out thinking about it,” Mosley said. “Right now, we are preparing for our first opponent. Obviously, it is a closer connection for me, but as far as the mental and the feeling part of it, I really haven’t come to it yet.

“I will know once I get on the field. I’m sure once all the smoke clears, it will be right back to football.”

Mosley will be playing against his former teammate Lamar Jackson, who was drafted during his final season with the Ravens. Jackson started the year as Baltimore’s backup, but nine games into the season, he became the team’s starter.

Since that point, Jackson has been one of the better quarterbacks in the league as he was named the 2019 NFL MVP, a first-team All-Pro and a two-time Pro Bowler.

Although he hasn’t played with Jackson for four seasons, Mosley says he notices a different Jackson than when he played with him as a rookie.

“The main thing is a lot more composure,” Mosley said. “Understanding defenses, understanding situations, so that’s what I would say where he has grown the most from what I’ve seen along with his awareness and understanding the game more.”