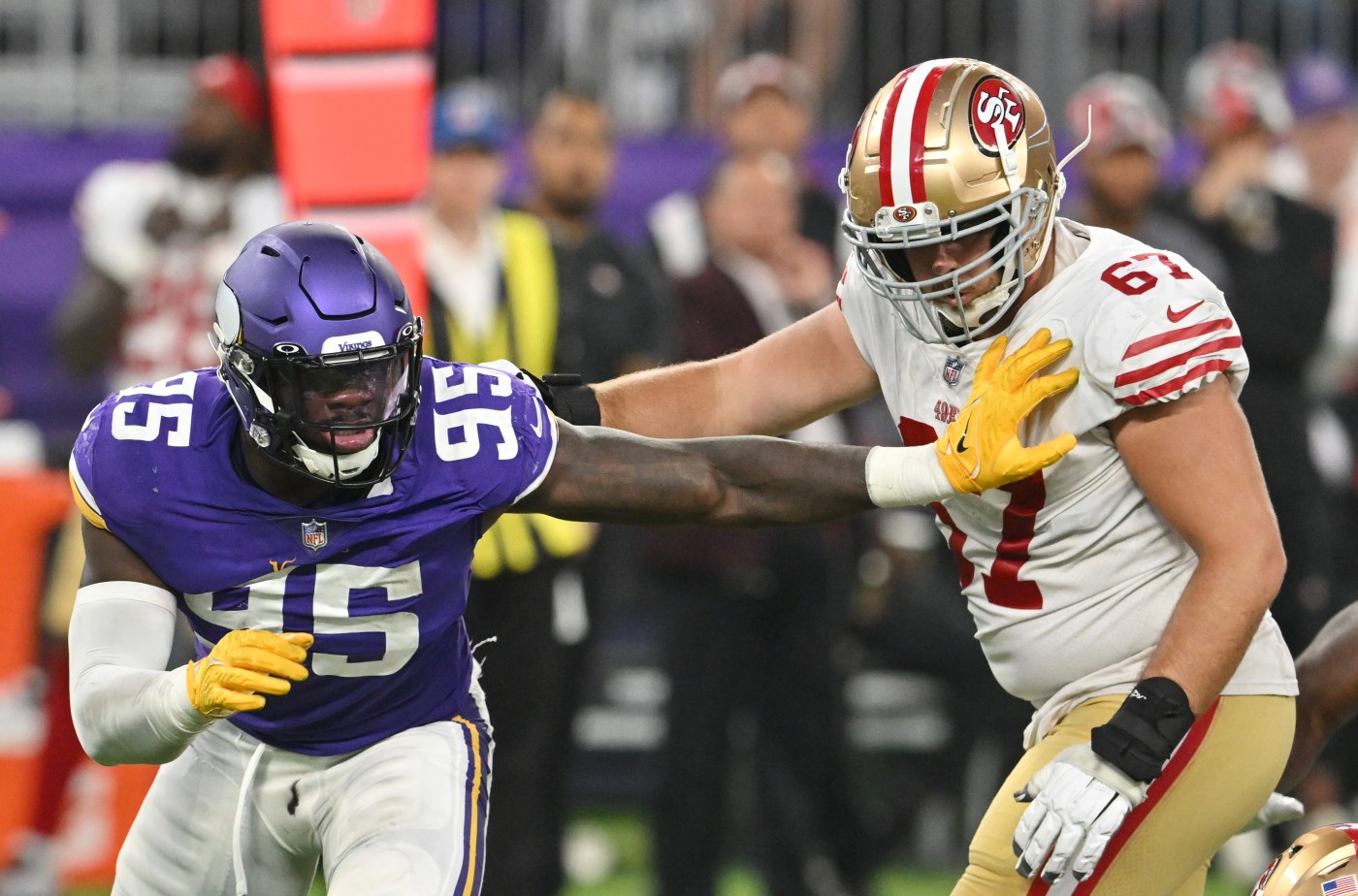 Another member of the Vikings’ 2021 draft class is out the door.

The Philadelphia Eagles on Tuesday plucked defensive end Janarius Robinson off Minnesota’s practice squad heading into their home game Monday night against the Vikings. Robinson takes the spot on the 53-man roster of defensive end Derek Barnett, who was placed on injured reserve.

Robinson was taken in the fourth round of the 2021 draft and spent his rookie year on injured reserve. He was waived before the start of this season and then added to Minnesota’s practice squad.

Remaining with the team on the 53-man roster are tackle Christian Darrisaw (a first-round pick), edge rusher Patrick Jones II (third), running back Kene Nwangwu (fourth) and safety Camryn Bynum (fourth). And defensive lineman Jaylen Twyman, a sixth-round pick, is on Minnesota’s practice squad after having been waived.