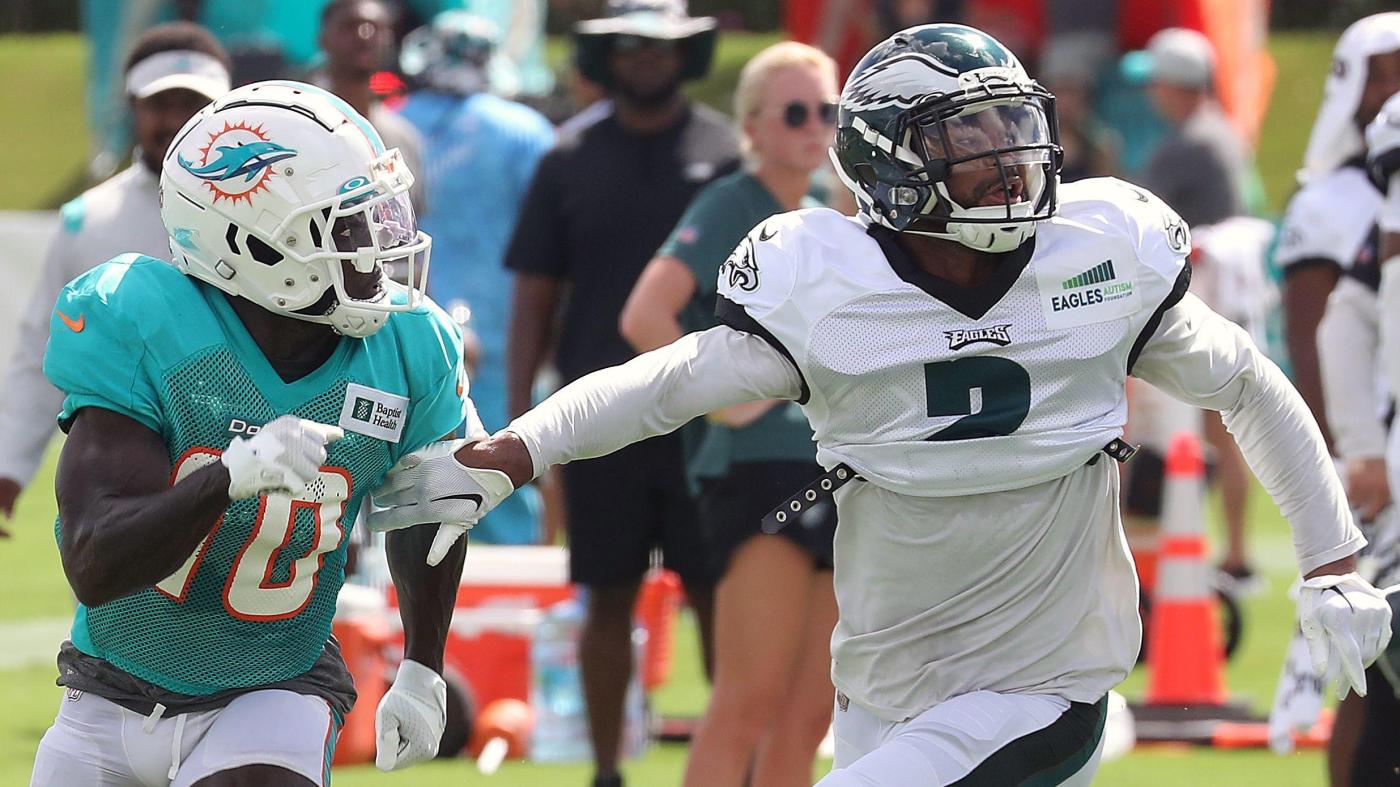 A lot was made on social media about Tyreek Hill running by Philadelphia Eagles star cornerback Darius Slay on the first play of their joint practice Wednesday. Too much? Philadelphia receiver AJ Brown thought so with some reason.

This came on a drill where quarterbacks threw to receivers working one-on-one against cornerbacks. No lines. No safeties. No one else on the field at all. Quarterbacks and receivers typically win that matchup – no matter the matchup.

Throw in Hill, maybe the toughest one-on-one battle in the NFL, and it’s a mismatch. His speed won. He doesn’t need social media to go crazy over his play to confirm his talent. But as Brown tweeted in response to the enthusiasm over Hill’s win against Slay: “Now show us cooking y’all corners.”

He then posted video of a couple plays in the same drill where he competed against … Dolphins star cornerback Xavien Howard:

What to make of this? Nothing at all. It’s a practice where cornerbacks are at a disadvantage. Hill’s speed is noticeable. He made several down-the-field catches in the 11-on-11 scrimmage against the Eagles defense on Wednesday.

You look for context in practice. The lines going up against each other in a scrimmage mean something. The one-on-one drills of cornerback against receiver? Not so much beyond a good workout.

The added context is Hill beat Slay on the very first play on the field in front of where fans and media sat. So it got bigger play. It also fed into the Camp Happy narrative around the Dolphins, where the enthusiasm quickly becomes overenthusiasm.

Remember the giddiness when Tua Tagovailoa completed a deep pass to Hill in a June workout? The context there is Hill beat cornerback Noah Igbinoghene in one-on-one coverage. Hill can’t be covered by anyone like that, and Igbinoghene is beaten by every quarterback-receiver combination.

2. The cancellation of the second day of a joint practice between Philadelphia and the Dolphins due to non-COVID illness on the Dolphins was fine with a lot of people on both sides. The skirmish that broke out in the practice had some on edge. The melee between Cincinnati Bengals and the Los Angeles Rams on Thursday on the second day of their practice explained why. The Eagles players already were upset because they played a game Sunday in Cleveland, flew home, and had to fly to Miami on Tuesday for the workouts. Many were fine the second day was cancelled.

3. The NFL can’t penalize Rams defensive tackle Aaron Donald for his dumb helmet-swinging in the fight against the Bengals. There’s no NFL refs. No discipline being wielded like in a game. Who knows what led up to the fight? It’s a bad look for Donald and for the league. But this isn’t the type of thing the NFL can suspend or fine players for. Its up to the team to do it, if they want (which they won’t to Donald).

4. The Dolphins must have a plan to get a better back-up tackle. Best guesses generally come from the background of the coaching staff. Mike McDaniel knows San Francisco and offensive coordinator Frank Smith was the offensive line coach of the Los Angeles Rams.

5. If Bill Belichick in a UFC belt doesn’t make you smile, you’re having a bad day.