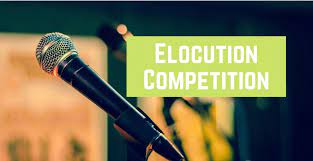 Marathwada Mitra Mandal, Pune was established in the year 1967 by Late Shri. Shankarrao Chavan initially provided hostel facilities to the students from Marathwada region who used to come to Pune to pursue their education.

Marathwada Mitra Mandal’s Shankarrao Chavan Law College is hosting an Elocution Competition since last thirteen years in the fond memory of its Founder President Late Shri Shankarraoji Chavan. The object of this competition is to imbibe into nascent lawyers the skills of eloquence.

Topics of the Competition

Entries and Registration forms can be sent by email scmelocution[at]sclc.edu.in

Call for Papers by Alliance School of Law

Webinar on Consumerism and Disabilities by GNLU

But she *was* anxious about Harry’s move to California. Source link