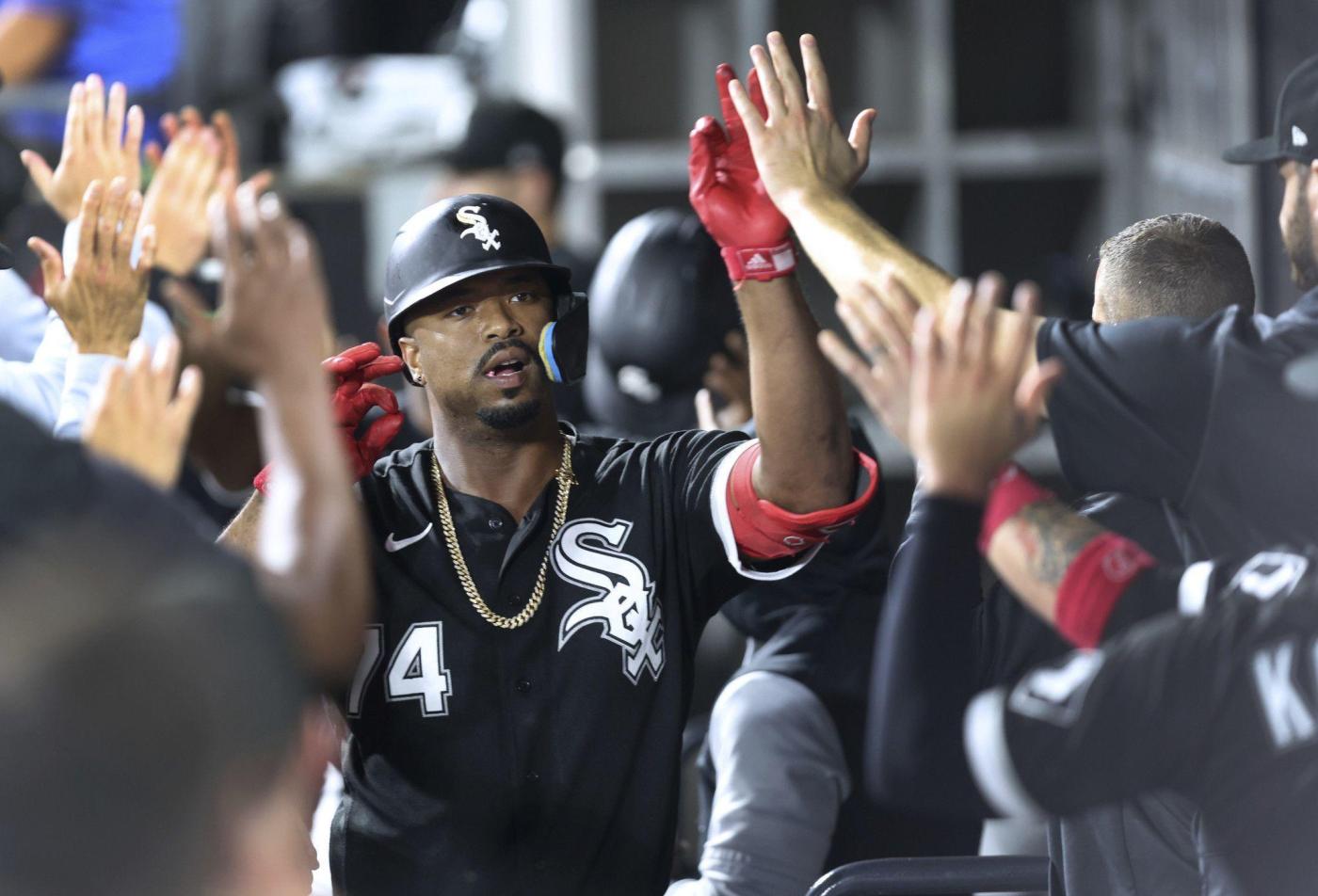 Eloy Jiménez’s numbers since the All-Star break have been among the best in baseball.

Entering Tuesday, he ranked second in the majors with a .366 average and .435 on-base percentage after the break. He was third with a 1.031 OPS, sixth with a .596 slugging percentage, tied for sixth with 59 hits and tied for seventh with 10 home runs.

Jiménez added to that home run total and José Abreu snapped the longest homerless stretch of his career in a 4-2 victory against the Colorado Rockies in front of 23,606 at Guaranteed Rate Field.

“(Swinging at strikes) is one of the biggest things right now,” Jiménez said. “I am more disciplined than every year that I played here, and I feel good.

“When you know you have good people behind you, they’re going to try to throw you around and see if you chase. That is something that I learned with all the years that I have. That’s the biggest key right now.”

Jiménez hit a three-run homer in the first, his fourth in the last seven games.

“He’s looking for his pitches, he’s learning, he’s getting more mature at the plate and he’s looking for pitches that he can handle,” Sox acting manager Miguel Cairo said. “When you look for your pitch and you don’t miss it, that’s what a big-league hitter is supposed to do.”

The Sox didn’t score again until the eighth, when Abreu led off with a homer. It was Abreu’s first home run since Aug. 3 against the Kansas City Royals, snapping a 37-game homerless streak.

“It was beautiful,” Cairo said. “That was a big run right there. It was good to see him hit the ball out of the ballpark.

“I don’t complain about him hitting line drives, stuff like that, because he gets on base for Eloy and then Eloy has been unbelievably hot with the bat. And that’s what we need.”

“He’s been getting good at-bats,” Cairo said. “He’s taking his walks and he’s getting on base. Eloy behind him has been hitting homers. It’s a good combination.”

That formula paid off in the first.

Elvis Andrus led off with a double and with one out Abreu walked. That brought up Jiménez, who took a ball before hitting Chad Kuhl’s slider over the wall for his 13th homer of the season.

“I just feel good because if I swing at strikes, it’s going to be better,” Jiménez said. “I know I have power to just hit on the barrel and the ball is going to be out. I just try to be a hitter first and then become a power hitter.”

The Rockies got within one on a two-run homer by Alan Trejo in the third. Sox starter Michael Kopech (5-9) rebounded with perfect fourth and fifth innings before exiting. He allowed two runs on three hits with three strikeouts.

“I was able to fill up the zone with my fastball, which helped me a lot because my slider wasn’t doing what I wanted it to until later in the game,” Kopech said. “I got taken advantage of a couple of times, which is going to happen when you leave the ball up and over the plate a little bit.

“I’m glad I was able to get through five and at least give us the chance to keep the lead. Ultimately, that’s first priority right now. The bullpen did a great job of shutting it down.”

Abreu’s homer in the eighth against reliever Justin Lawrence — his 15th of the season — served as insurance for the Sox, who have won 10 of 13.

They remain three games back in the American League Central as the Cleveland Guardians won their fifth straight Tuesday 3-1 against the Los Angeles Angels.

“I don’t really care what they do, we’ve got to take care of business,” Cairo said. “We play the way we’re supposed to play, anything can happen.”