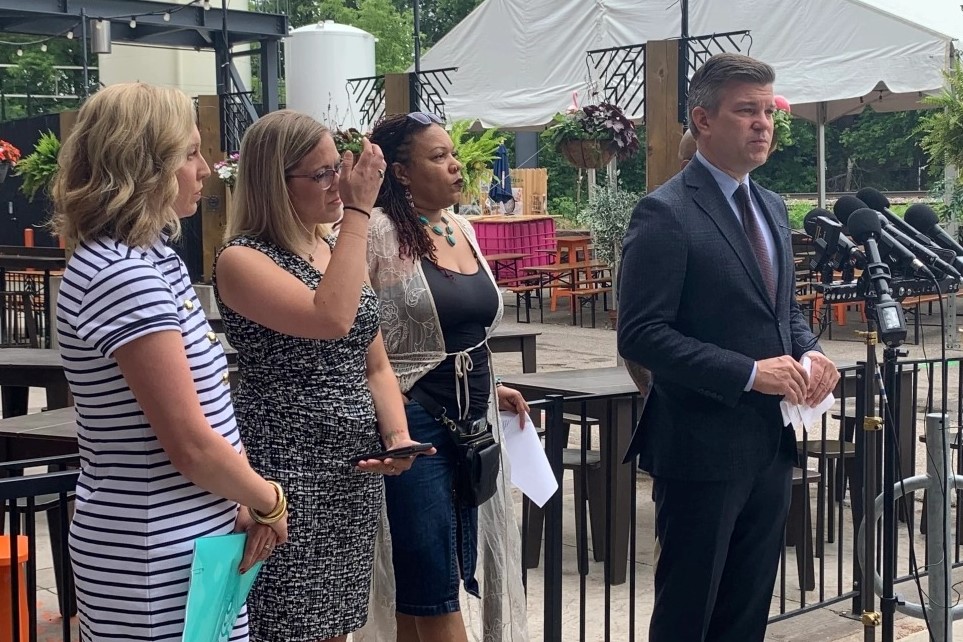 The Minnesota lawmaker who crafted legislation allowing people 21 and older to buy food and drink products that contain hemp-derived THC — the component in marijuana that can cause a high — said it largely will be up to cities and counties to enforce compliance.

The move comes after Minnesota legislators quietly approved the policy in a broader health policy bill in May and the governor signed it into law. Customers flocked to tobacco and hemp shops over the weekend after owners started selling the THC gummies and other edibles July 1.

“This law is absolutely a positive step for Minnesotans to access products in a safe and legal way,” state Rep. Heather Edelson, DFL-Edina, said Thursday. “That said, with every law we pass at the state level, issues will arise throughout the year when the Minnesota Legislature is not in session.”

“The ability for municipalities to offer important guidance and clarity on day-to-day operations and compliance within a city is vital,” she continued.

DFL lawmakers and Gov. Tim Walz this week said they knew the provision would green-light access to edibles with small amounts of THC when they brought the bill.

But they opted not to build in a provision creating a state board to monitor compliance because they worried it would raise red flags among Republican lawmakers and block the bill’s path forward.

“I think if we’d put in licensing structures and fees and did all of that, it wouldn’t have passed,” Edelson said during a news conference earlier in the week.

Senate Majority Leader Jeremy Miller, R-Winona, last week said the law change was “absolutely necessary” to prevent products with delta-8, a strain of THC, from getting into the hands of people under 21.

But other GOP lawmakers said they didn’t understand the impact the proposal would have when they passed it and wanted to roll back access to products with THC.

Under the new law, consumers can buy packages of hemp-derived THC products, as long as they don’t exceed more than 50 milligrams and are not shaped like people, animals or fruit, nor can they be modeled after products marketed to children. Producers of commercially available candy and snacks also are barred from adding THC to existing products.

The Minnesota Board of Pharmacy is set to regulate the production and sale of cannabis-containing products. But last week, the board issued guidance noting that it wouldn’t test or approve the THC products before they go to market.

Edelson said she worked with local officials and the League of Minnesota Cities to develop policies for cities and counties that could help ensure compliance at the local level.

In a news release, she said local governments could write ordinances to regulate the sale of THC products based on what makes sense for their communities.

Local officials could opt to license vendors that sell the products as they do businesses that sell tobacco products, set up mechanisms to track compliance with state law and set zoning restrictions to decide where the products should be sold, she said.

League of Minnesota Cities General Counsel Patricia Beety on Thursday said city leaders were working to determine unique needs in their communities and the League was working to help them resolve issues spurred by the new law.

“As our understanding of the issues develops, the League is committed to working with stakeholders and lawmakers to help cities navigate legal and regulatory issues,” Beety said. “We are working to gain clarity on the law and what this regulatory authority looks like so that we can provide sound information in the coming days and weeks.”

A broader proposal to legalize marijuana for recreational use and expunge low-level offenses last year gained support in the DFL-led House of Representatives but didn’t advance in the Republican-controlled Senate.

Walz on Wednesday told reporters he was open to calling lawmakers back for a special session to consider that policy but didn’t expect that Republicans would support full legalization.

“Certainly, if you’d like to come back today we would offer full legalization like we did last year,” the governor said. “We would give them that opportunity.”