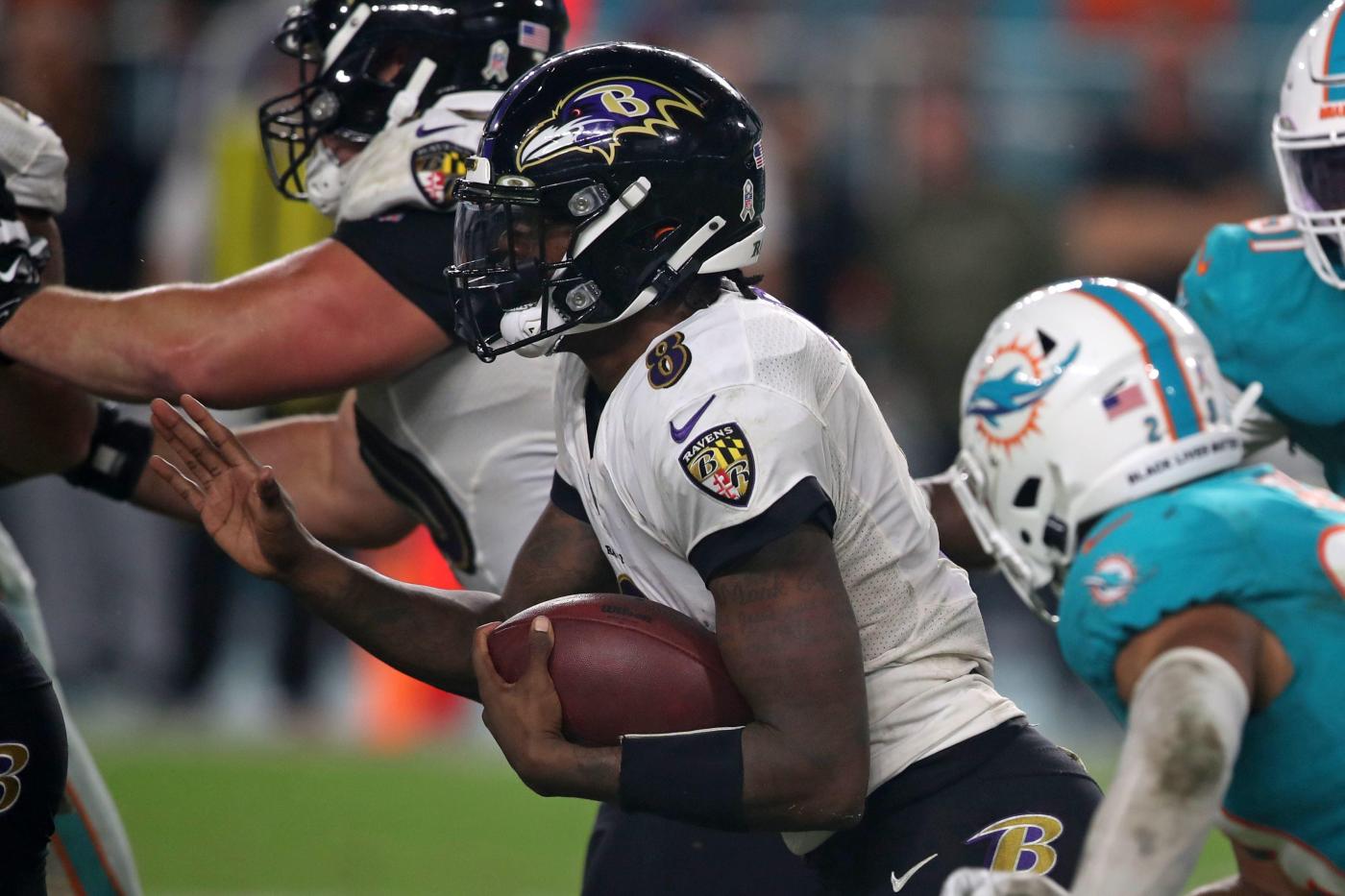 Coaches: The Dolphins’ Mike McDaniel is 1-0 in his first season as a head coach; John Harbaugh, including playoffs, is 149-96 in his 15th head coaching season overall and leading the Ravens.

Series: The Dolphins trail the all-time series with the Ravens 10-7, including playoffs. Miami won its last meeting with Baltimore, in 2021 at Hard Rock Stadium, but is 2-8 in the teams’ past 10 pairings. The Dolphins last won in Baltimore in 1997, a four-game road losing streak to the Ravens.

Noteworthy: After a 20-7 win over the New England Patriots in their opener, the Dolphins go on the road for the first time in 2022. …

Although topping the Ravens 22-10 last season at home, Miami has had its recent difficulties in Baltimore and against the Ravens overall. Their three prior meetings were losses by a combined 122 points. Two of the Dolphins’ last three playoff games were losses to the Ravens (2008 wild card, 2001 wild card). …

With a win, McDaniel would become just the second Dolphins coach to start his tenure 2-0 (Jimmy Johnson, 1996). …

Ravens quarterback Lamar Jackson, a Pompano Beach native and Boynton Beach High grad, looks for a bounce-back performance against the Dolphins after their blitz-heavy approach held him and the Baltimore offense to just one touchdown in last year’s Thursday night upset. Jackson was 26 of 43 for 238 yards, a touchdown, an interception and 39 rushing yards after, in his first meeting with his hometown team, he threw for five touchdowns in a 59-10 Baltimore win.